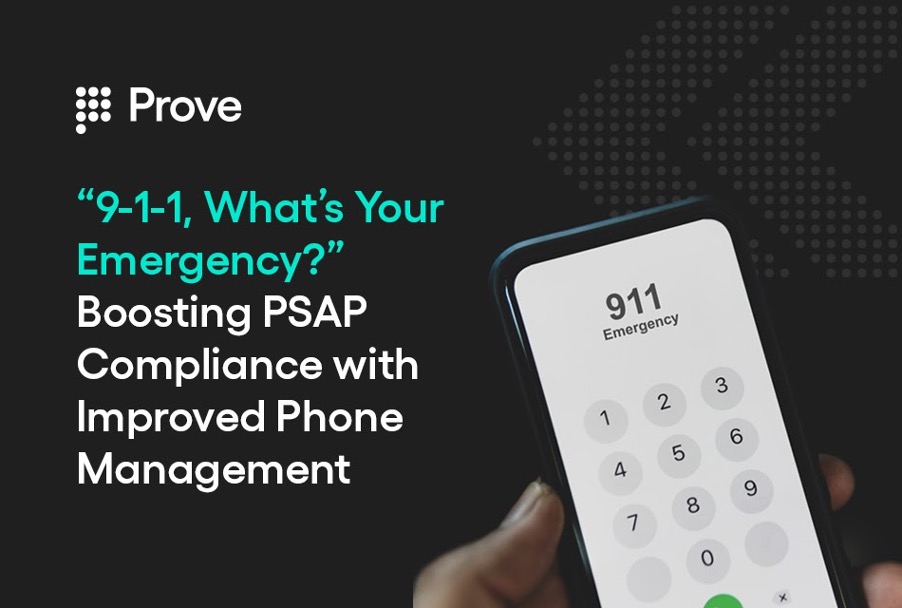 In one year, the average 9-1-1 emergency service dispatcher will answer 2,400 phone calls, many of which will be of life-or-death importance. Because every second counts in an emergency, national standards dictate that at least 90% of all 9-1-1 calls should be answered within 15 seconds. Unfortunately, a growing number of PSAPs (public-safety answering points)—the dispatch centers responsible for answering emergency calls—are failing to meet this standard, leaving panicked callers on the line longer and longer. While staff shortages are the primary reason PSAPs are failing to keep up, the influx of non-emergency calls courtesy of telemarketers is only making matters worse. Fortunately, the Federal Communications Commission (FCC) addresses this public safety crisis by cracking down hard on companies that autodial PSAPs. To avoid the FCC’s hefty fines and help keep PSAP operations running smoothly, a growing number of businesses are investing in new technology that makes phone management a breeze.

Colorado Springs is just one of many cities throughout the nation that is failing to meet national standards for PSAP response time. In fact, an audit found that just 68% of calls were answered within 15 seconds. While a few seconds of extra wait time may not seem significant, it can literally be the difference between life and death in an emergency. Kansas City and its surrounding suburbs, for example, is another region that suffers from slower than average PSAP response time. When Leawood resident Renee Grissom heard an intruder break into her home, she retreated to her bedroom and called 9-1-1. Unfortunately, she was placed on hold not once but twice, waiting for more than a total of 3 minutes before finally making contact with a dispatcher ready to assist. While Renee survived the ordeal without injury, the story could have ended very differently: “By the time the dispatcher finally got back on the line, Grissom was beside herself. The intruder could still be in the house, and the only thing that separated her from him was the flimsy lock on her bedroom door. “ [Renee] said, ‘This is a 911 call. I could be dead by now.’” Despite public outcry, 9-1-1 wait times continue to grow.

Understaffing caused by a tight labor market is the primary reason why wait times are growing at PSAPs. In a market where competition for talent is fierce, local governments are failing to entice new dispatch workers, which, in turn, means forced overtime for existing employees, causing increased burnout and decreased retention rates. The position’s modest salary—the average New York City 9-1-1 dispatcher earns $50,400 a year—and stressful work conditions (compassion fatigue, secondary trauma, and cumulative stress are all common) make hiring and retaining dispatchers difficult. In 2017, for instance, Little Rock hired 21 operators, but the same number quit. For the overworked operators who remain, the constant barrage of telemarketer calls is only making their job more difficult.

As emergency service dispatchers race to answer the never-ending series of legitimate calls, they must now wade through telemarketer calls. In a Wall Street Journal article Robocalls Reach 911 Center, Ryan Knutson reports: “For about two months last fall, as many as 500 robocalls flooded the 911 system in Florida’s Palm Beach County, pitching everything from dental insurance to vacation packages... While handling genuine emergencies, operators were also receiving those automated telemarketing calls. In one example, after the operator answered, the robocall began: ‘Hi, this is Heather. I’m calling from the dealer processing department regarding your vehicle’s warranty.’”

Most telemarketers don’t break the law by inadvertently dialing 9-1-1 but rather by calling one of the PSAP’s other phone numbers (some of which are unlisted or confidential). While it’s illegal for anybody to call a PSAP when there is no emergency, fines are especially steep for telemarketers. Today, a telemarketer who calls a PSAPs is on the hook for a fine between $10,000 and $100,000 per incident. To avoid fines, companies are finding new ways to avoid accidentally dialing one of the thousands of PSAP numbers by improving their phone management system.

While phone numbers are now the predominant way to track customers in-store and online (70% of leading Fortune 100 companies use a customer’s phone number as their primary identifier*), many companies lack a robust phone management system. Because millions of phone numbers are continuously updated every year, a number that once rang a customer could now be the direct line to a PSAP. Prove’s Fonebook™ is a powerful way for companies to manage customer phone numbers while authenticating their identity and preventing fraud. Fortunately, Prove’s Fonebook has the capacity to automatically remove PSAP numbers from company registries, saving companies money in the long term by helping them avoid hefty fines from the FCC.