A Single Powerful Lobby Can Be Created By the Merger of Five UK Trade Associations, Supported by Nine Banks 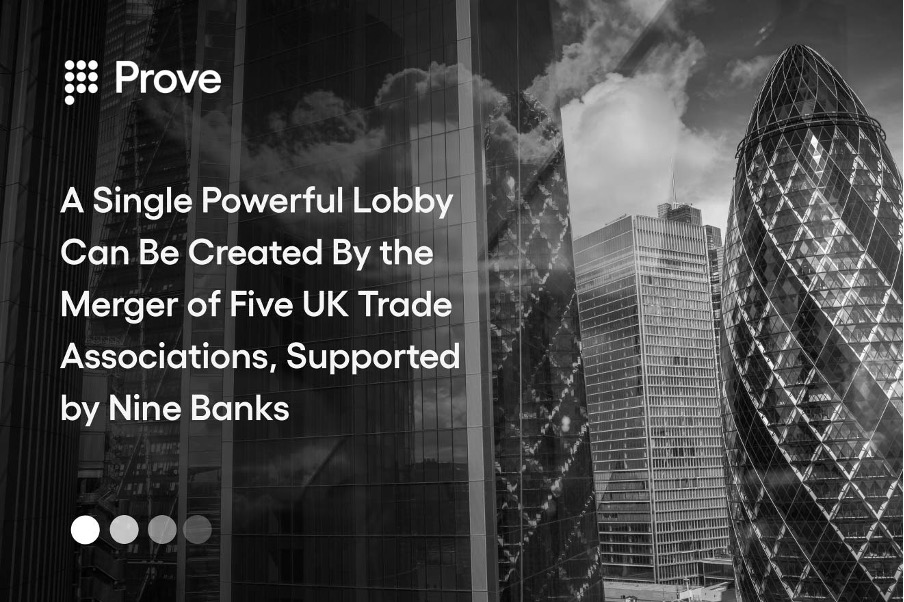 BBA, Payments UK, the Council of Mortgage Lenders, the UK Cards Association, and the Asset Based Finance Association - five British trade associations - are set to merge their efforts to create a more substantial lobbying power, backed by nine British banks, including HSBC, Lloyds and Barclays, and building society Nationwide. The effort towards a merger is also aimed to cut costs and increase efficiency and power over European regulations. Four financial services sectors could be considered for this review: retail and commercial banking; wealth and asset management; investment/wholesale banking; and insurance. Consolidated information on the sectors and associated trade association involved are represented in the following table by the Financial Services Trade Association Review:

Last year, nine major UK retail banks and a building society launched the Financial Services Trade Association Review (FSTAR) to strengthen their position in the changing financial services industry and gain controlling power over the regulations passed by existing controlling institutions. The initiative was proposed to address the concerns that the existing landscape is fragmented and uncoordinated, which leads to inefficient operations. However, the attempt may also imply an increased concern caused by tightening competition with non-banks and innovative market entrants.

Ed Richards, the former communications regulator who was appointed to lead the review, shared with Reuters, “A new trade association would be able to represent the industry more effectively because its voice would carry greater weight. Having a single point of contact will also be welcomed by policymakers and will reduce duplication of effort."

In the document presented earlier this year, FSTAR offered four models of enhanced coordination for the merger, which were further revised with the following final models listed in July in the Financial Services Trade Association Review document on the next steps:

Model B: a clear retail and commercial banking focus, with integration between the BBA, PUK, UKCA, PA, CML, and IMLA only, while also representing a UK voice for investment/wholesale banks and with a capability in wealth and asset management. (integrate trade associations operating in similar domains)

Model D: maximum integration across all three sectors, including the three additional organizations under consideration.

While Model A focuses on increased coordination, three other models are focused on increased integration. FSTAR did not state a particular preference. However, Models B and C seem most likely to offer the right balance between securing enhanced effectiveness while minimizing the risks associated with increased scale and scope, according to the official statement.

Let's take a closer look at the main reasons behind the merger. As we mentioned, it provides greater power over regulations and significantly reduced costs. There is also a set of reasons related to current policymakers. FSTAR suggests that policymakers fail to bring strong evidence to justify the policy they pass in some cases. Another reason could be that the landscape is inefficiently fragmented, and many banks belong to different associations and pay various fees. To demonstrate the existing overlap leading to the overall high costs, the Financial Services Trade Association Review charted the overlapping membership in key trade association groups in the following chart:

In addition, fragmented opinions lead to a slower overall improvement when associations can refuse proposals without offering any alternative solutions. Moreover, too many disjointed associations may cause people with stakes in each not to particularly care much about anyone, which leads to possible inefficiency and lack of interest in taking action if something goes wrong.

Financial Services Trade Association Review consolidated opinions of the major financial industry players on the existing situation with associations and what could be done better in the following table, included in the official statement:

There are indeed certain benefits that such a significant decision can bring. One of the benefits is efficient coordination and increased communication effectiveness with external partners and institutions. Another one, extremely important, as we mentioned, is increased power over regulatory institutions with a single lobbying policy and position. A benefit for each particular member could be access to senior stakeholders. In particular, smaller members will have an opportunity to access and leverage the expertise of stronger and bigger players. The merger also benefits the customers, as the products and offerings can be improved, bringing the best from the coordinated efforts. Nobody can dispute the economies of scale with cost-efficiency as well. In addition, a merger would allow better leverage of talent, both in management pools as well as employee pools across members.

Risks associated with the merger

Even though the intention is to foster changes and innovation, the transformed system could have its own problems. One of the risks could be a classic problem of big organizations – lower productivity and slower changes. Independent associations have to speak for all members of different sizes before stakeholders, government, regulatory bodies, and consumers. With the merger and increased number of members from smaller to stronger and more powerful, the risk of not hearing the voice of smaller members could increase. Association of previously independent players requires defining a clear structure and roles, which could potentially become a problem and lead, again, to a vague and poor understanding of the actions to be taken. Among other risks is also a possible loss of transparency regarding the use of resources and loss of technical expertise in specific areas as the organization will be unified.

Another interesting point to be added is a possibility for a powerful merger to enforce further policies reflecting their interests as financial institutions regardless of the interests of consumers. Financial institutions alliances have an inherent opportunity to consolidate efforts for a better financial result, implying a higher cost for the end-user - the regular consumer. A strategic alliance of powerful market players in the nearest future may attract the attention of the anti-trust bodies.

How to Go Passwordless with Prove Auth™

What Is MFA Bypass Fraud?