Bitcoin Is Riding the FinTech Wave! 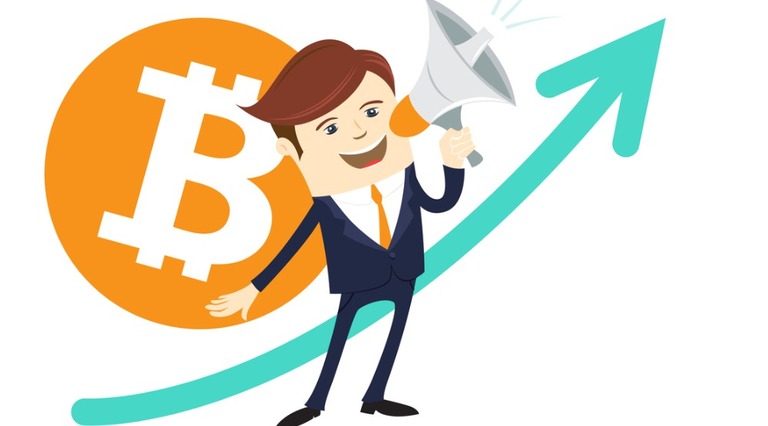 Blockchain technology was invented for Bitcoin, the first peer-to-peer digital or cryptocurrency launched in 2009. Besides blockchain, Bitcoin is entering the mainstream road map with BigTechs, FinTechs, and most financial institutions.

Compared to all cryptocurrencies, Bitcoin has better and wider acceptability across markets and national boundaries. Bitcoin uses P2P technology to operate without a central authority or bank; the network manages transactions and issues Bitcoins. Bitcoin is open source; its design is public; nobody owns or controls Bitcoin, and everybody can participate. However, the supply of Bitcoin is limited to 21 million coins.

Cryptocurrency enjoys a unique position of being a currency and an asset. This uniqueness has given Bitcoin an advantage over the volatile and inflating US dollar in recent times. The US economy has received a stimulus of $2.4 trillion. Investors fear that this stimulus may decrease the dollar's purchasing power and increase inflation at an average of 3% every year. Hedging against such volatility, people retreat from the dollar and lean toward assets that have historically held value or appreciated. Dollars are converted to ‘safe-haven’ assets that ensure low volatility and protect from inflation. Bitcoin is fast becoming one such safe haven, as it has become an inflation hedge due to its limited supply. As a result, Bitcoin’s value has increased.

The currency's latest surge began in October after PayPal announced it would allow its users to buy, sell, and hold the token.

PayPal: PayPal has embraced cryptocurrency by being a marketplace for Bitcoin transactions (allowing buying, selling, and holding) and a payment mode. The Bitcoin community has grown to 100 million users over 12 years, and PayPal’s announcement surged the Bitcoin user base by 350 million users. PayPal also added the avenue for accepting Bitcoin (mainstreaming) for 20 million active merchants. It owns Venmo, a mobile payment service that has over 40 million active accounts. PayPal has partnered with Paxos, a crypto firm, for custody and trading; their customers can now trade up to $20,000 a week.

Square: Digital bank Square’s Cash App, a mobile payment service, generated more than $1.63 billion in Bitcoin revenue in Q3 2020, an increase of over 1,000%. CashApp launched Bitcoin trading in 2018 to enable users to buy and sell digital currency. Bitcoin can be traded straight from the Cash App balance, and the transaction gets completed in seconds. The proceeds can even be spent from a free Visa debit card.

As per hedge fund Pantera Capital, PayPal, and Square clients have been buying most of the new Bitcoin supply entering the market each day. Square clients have accounted for 40% of the Bitcoin that entered the market after 30 months of operation. As per Pantera Capital estimates, within three weeks of its launch, PayPal clients already bought roughly 70% of the new supply of Bitcoin.

The larger FinTech effect is about new demand; hence, a shortage of Bitcoin. Square and PayPal are making it easier for first-time traders to buy through a mainstream app.

Bitcoin value is on a sharp rise, as enthusiasm shifts from individual investors to more institutional entrants. FinTech players such as Square are making significant Bitcoin investments. It (Square) recently invested 1% of its total assets ($50 million) in Bitcoin. It followed MicroStrategy, a business analytics company that converted $425 million worth of cash in its treasury into Bitcoin.

An equal amount of skepticism suspects Bitcoin’s surge to be a bubble and prices to crash at some point. However, its mainstream acceptance is growing because of the interest driven by FinTech firms. Bitcoin revenue constitutes nearly 54% of Square’s net revenue.

FinTech players are beginning to provide Bitcoin as an alternative currency and widen the user base. From the perspective of businesses and merchants, cryptocurrencies have low transaction fees and pose fewer volatility risks resulting from nearly instantaneous settlement. For example, payroll FinTechs are working on crypto payroll that enables firms to make wage payments through multiple cryptocurrencies.

P2P payment options offered by cryptocurrency are cheaper and faster than those offered by traditional money service businesses. Increased and early adoption by payment applications such as PayPal and Square will ensure easy access to a large number of people and offer a position advantage to Bitcoin.