The Future of Authentication Is Mobile, Instant, and Already Here 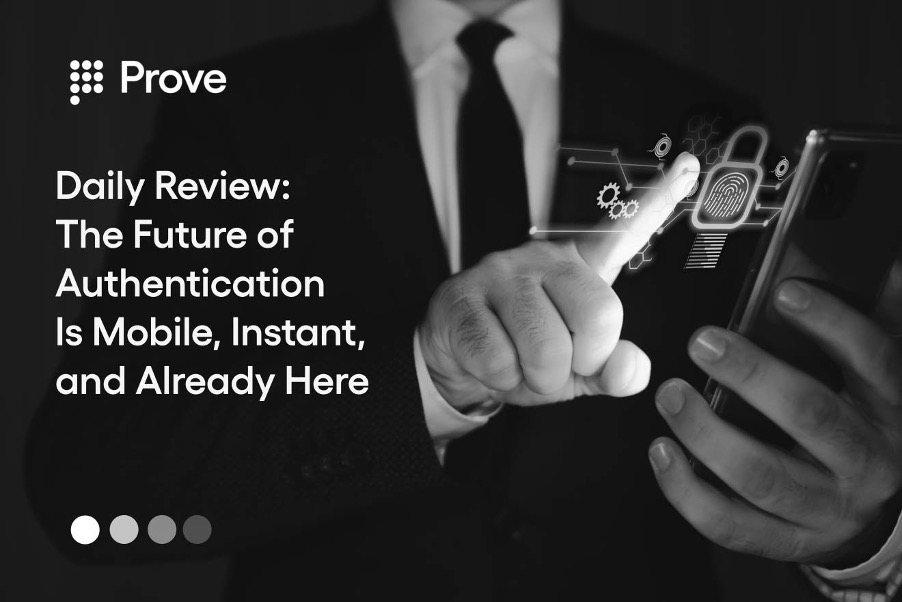 Customer expectations often run ahead of the available options, creating a gap for innovators to fill. For example, in the financial services industry, the speed of service delivery without security and quality compromise became a cornerstone of developing highly competitive alternatives to institutional portfolios.

A significant part of the global population lives in a mobile-first world, consuming (or at least performing) research on a range of financial services for smartphones. In addition, mobile will become a primary platform for payments and insurance businesses – some of the most successful technology companies are specifically tailoring their solutions for mobile devices to offer the best experience on a smartphone.

The shift towards the mobile-first approach brings associated security reservations. However, some FinTech companies are already ahead of the game, introducing instant authentication services on mobile in collaboration with a powerful party – a mobile operator.

Payfone and O2 are launching this initiative to address the rapidly growing demand for mobile identity authentication services in the UK and Europe. The partnership leverages Payfone’s Instant Authentication for Mobile solution, which is already being used by 6 of the top 10 banks in the United States, allowing UK enterprises to extend fast, secure, and transparent authentication to their customers.

Payfone’s patented solution works through mobile phones, allowing companies to eliminate ineffective and vulnerable 2FA methods like SMS OTP and knowledge-based authentication to safeguard their users against account takeover attacks and SS7 attacks while simultaneously making UX faster and easier. The service uses real-time authentication via O2 that works behind the scenes with no on-device software.

Santander plans to introduce the service in four countries simultaneously and promises full transparency on fees and FX upfront. In November, the UK arm of the bank also announced plans to work with AmEx to use Ripple’s technology for cross-border B2B payments.

“We chose Ripple because of its speed, transparency, and certainty. These three characteristics provide relief to the pain points of international payments,” said Ed Metzger, Head of Technology Innovation at Santander UK.

Pick #3. Why Microsoft Is Ruling The Cloud, IBM Is Matching Amazon, And Google Is $15 Billion Behind

What these numbers mean: