The Hidden Meaning Behind Our New Logo (VIDEO) 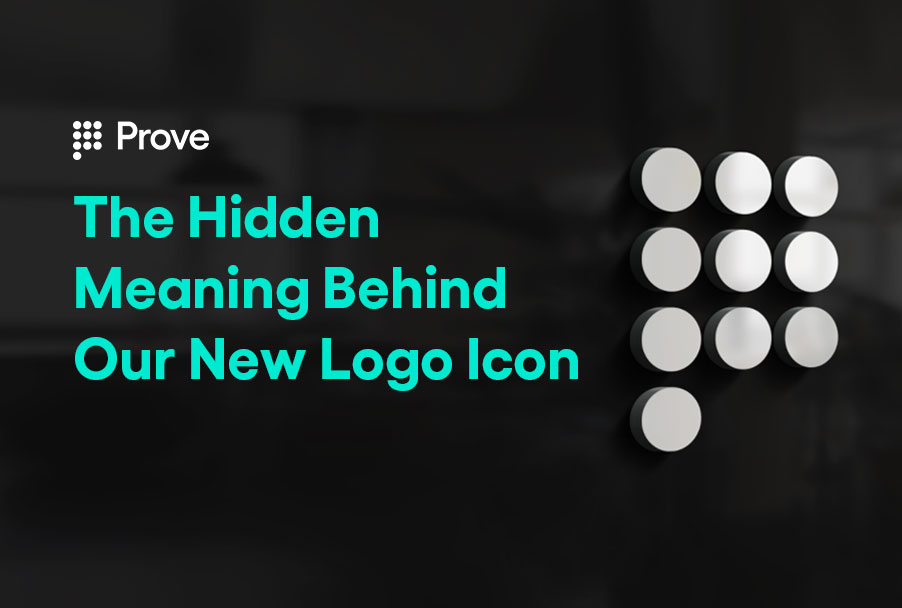 If you’ve been following Prove—BTW, a big thank you if you have!—you may have noticed that we have a new look, a new logo, and a new brand identity. You might also know that we changed our name from ‘Payfone’ to ‘Prove’ in 2020, along with a $100 million fundraise and our first acquisition.

With everything going on in the world right now, we made the decision to roll out our new brand identity with minimal fanfare. But we’ve been receiving some fantastic feedback and interest, so we wanted to share some of the coolest aspects with you as some of them (like the hidden meaning behind our new logo icon) are subtle, and you might have missed them upon first glance.
‍

Before we get into the new logo icon (we’re calling it the “Provicon”), here’s some background info: Back when our company was called Payfone, I used to joke that we were an identity company with an identity crisis. The name made a lot of sense for the company when we were founded as a way to make mobile purchases, but as we evolved over the years into a leader in the identity verification and authentication space, it became downright confusing. While it always made for a fun ice breaker on initial meeting calls—“So what kind of payphones do you guys sell? Har har.”—It was no secret that our perplexing name was holding us back from the company we wanted to be.

Fast-forward to July of 2020: After many Zoom calls, surveys, whiteboarding sessions, and about 7 million cups of coffee, we had a new name—Prove! The renaming process was a wild ride (one that I’d love to share in a separate blog post as the focus of this article is the hidden meaning of our new logo, and I want to get to that before you get distracted and click away). But before I do, one more thing to add is that while this renaming process was happening, I was also trying to come up with a name for my second child, whom I was pregnant with at the time. Doing both simultaneously was a fun and unique challenge, and I have to say that naming my child was about 10x easier than renaming the company.

So we had a new name that we loved and made sense for our brand, and the next step was to elevate that name with a unique visual identity. After more Zoom calls and more coffee, we began working with a branding company called Mucho. Mucho has done beautiful work for tech heavyweights like Apple, PayPal, and Venmo. I’d been a fan of theirs since being introduced to the work they did for business process outsourcing company Ubiquity. If you haven’t seen it, it’s worth a look!

We tried not to get too technical or nerdy (as we tend to do) with Mucho and instead focused on communicating what we do in a simple way: that we’re the modern way of proving identity with just a phone number. After a few more in-depth conversations about our brand values, brand attitude, and the value we create for our customers, Mucho came up with a concept for us that we think is pretty brilliant!

Here’s a summary in their words:

Prove authenticates your identity by using your mobile phone number. It secures the digital onboarding, servicing, call center, and payment services of over 1,000 enterprises and 500 banks, including 8 of the top 10 US banks.

Working from this insight, we designed a symbol that puts Prove’s core technology at the heart of the brand. We took the inspiration from the universal layout of the phone keypad, which consists of ten digits, and reconfigured it to create a ‘P.’

The result is a new brand that establishes Prove as a modern standard, future-proofing them as they work toward their mission to make Phone-Centric Identity™ verification the global standard of digital trust.

“Prove allows you to authenticate your identity by simply using your phone number, so the phone number creates the symbol,” said Luke Robertson, Associate Partner at Mucho. “It’s an idea hiding in plain sight, but those are the ‘gifts’ we look for when designing a memorable identity. We were excited when we landed on this idea, and luckily Yuka and the team were too.”

Were you able to figure out the hidden meaning of our logo at first glance? Interestingly, several people got it right away—including my mom, which brought me a lot of joy. I was wearing my Prove vest, and she came over, pointed to the icon, and said, “That’s a phone, right?” I thought that was pretty cool—a nice indicator that we did something right. :)

What do you think of our new brand look, logo, and the Provicon? We’d love to hear your thoughts!

Leave us a comment here or email marketing @ [prove.com] to share your feedback. More eye candy below for your enjoyment!