How [And Which] FinTech Startups Are Breaking Banking for Freelancers 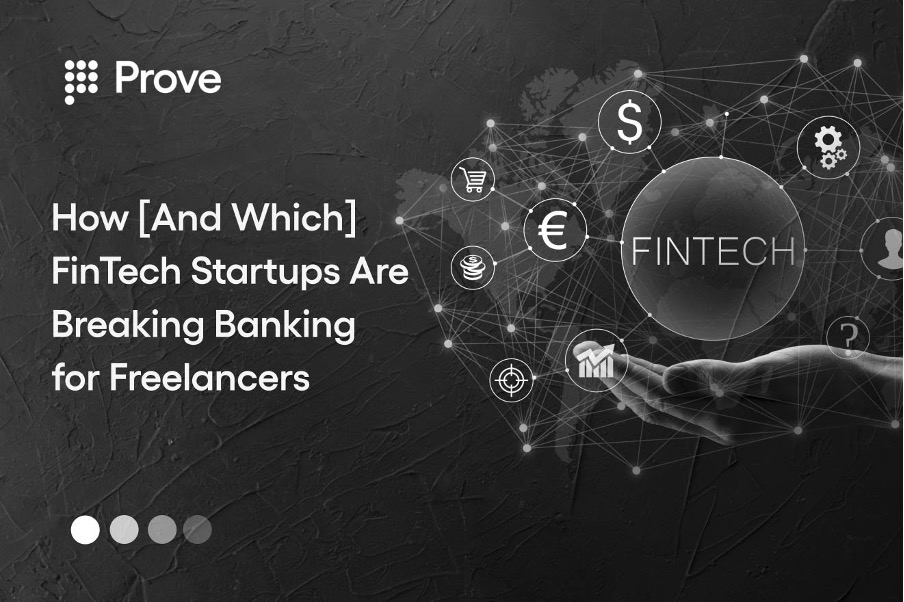 We’ve talked about how the global financial system is broken & how freelancers are getting the short end of the stick. However, the free banking economy goes much deeper than you think. The freelancer economy is happening all around us. IRS calls them independent contractors or 1099ers. The government likens these people to public stenography or auctioneering in an official capacity, but in reality, freelancers are part of a much larger portion of the economy. Every third working American is freelancing.

The Major Problems With Freelancing

One of the first thing you learn when running a company is to push back on payments to vendors as much as possible to massage the numbers. That means months of waiting; for some freelancers, that means waiting on the way they support their life. It probably sounds like a minor problem to somebody whose wallet is overflowing with credit cards. But if you zoom out to a global scale, you see hundreds of millions of workers who don’t operate on credit and who need that money yesterday.

If you want to see what financial solutions do to you today, transaction fees on international payments give you the picture. Some consider PayPal, Stripe & Square to be profiteering with the fees they charge. But those companies expect you to think they are innovative or providing a service when you send money to other countries. Instead, they’re ripping us all off.

Let’s take a freelancer in the Philippines who makes $5 per hour and just finished a $100 project. They probably had to work a few extra hours just to pay fees that they incurred from the payment processor. Imagine your bank charging $1,000 to cash a check of $10,000. Additionally, you can only withdraw $20,000 at a time, and there is no customer service or credit. And, "sorry, we don’t serve your country. Coming soon. Thank you for your cooperation." This is where the new frontier of the free economy lies. When I say ‘free economy,’ I mean a workforce that is independent of cubicles, employers, and even the government.

The existing financial system has been built for hundreds of years, and now it’s changing in weekly sprints. If the financial systems can’t support the speed of operation or methods for the workforce, they’ll go off the grid. Go to other service providers. Other jurisdictions. Other realities. There are another billion people involved in our economic turnover, with the needs we have from around the world and the advancement of IT and outsourcing. The market is turning towards them, but the financial payments system is miserably failing them.

Unlike almost every other industry, the bolts of the US financial industry are so tightly screwed, starting your own bank just doesn’t sound like a good startup idea. It makes this conversation seem almost realistic – How about we launch a satellite into orbit with artificial intelligence onboard that will monitor the facial expressions of every cat on the planet and deliver catnip to them with a drone in 10 minutes? – Sounds like a great idea!

Maybe we should open a bank instead? Hmm... I like the cat idea. It’s goofy but is a somewhat recognizable type of conversation in Silicon Valley. Silicon Valley Bank, the most startup-friendly bank in the world, refuses to take new FinTech clients. The risk is too high, they say.

In my other piece on this topic, we learned that Crunchbase knows 43 payment startups (17 launched after 2010) with more than $10M in venture funding in the United States. In the meantime, Europe and Asia are moving ahead. There are thousands of new startups in this space. Here are some examples of the latest unicorns and soon-to-be-unicorns from Europe:

We are not even talking about the bitcoin universe, where thousands of new rivals are tearing the global banking industry apart. However, bitcoin is already the standard for many areas like micropayments, cross-border import/export operations, and illegal markets.

The wild west reality of banking for freelancers with net 60 payments, 5% withdrawal commissions, and loans at 1% daily is held together by strings. It will evaporate once a few startups bold enough to call themselves banks of the free economy and structured as legal entities in Singapore or Malta will offer premium banking services to freelancers and their clients around the globe.

These new banks will have hundreds of millions of very loyal customers worldwide, healthy profit margins, and untied hands regarding banking regulations, reserves, reporting, etc. Massive financial systems where money is paid for the sole purpose of moving it around will die out. Your credit limit will be pre-approved based on the karma of Github and the number of Instagram followers. Your Mastercard plastic will arrive in three days by mail. Random hedge funds will crowdfund your home loan and health insurance.

Once the new cross-border, freelance-friendly banking services become available, the economic spiral will continue, pulling more conservative professionals from the comfort zone of large corporations into the free world. More skilled workers will have more control over their own lives. Then you’ll see an exit from the traditional full-time employment. Finally, it will extend financial markets even further, leaving traditional banks with fewer and fewer customers.

Many people will have to find new ways to innovate and provide banking services, but overall, this is something that is long overdue.