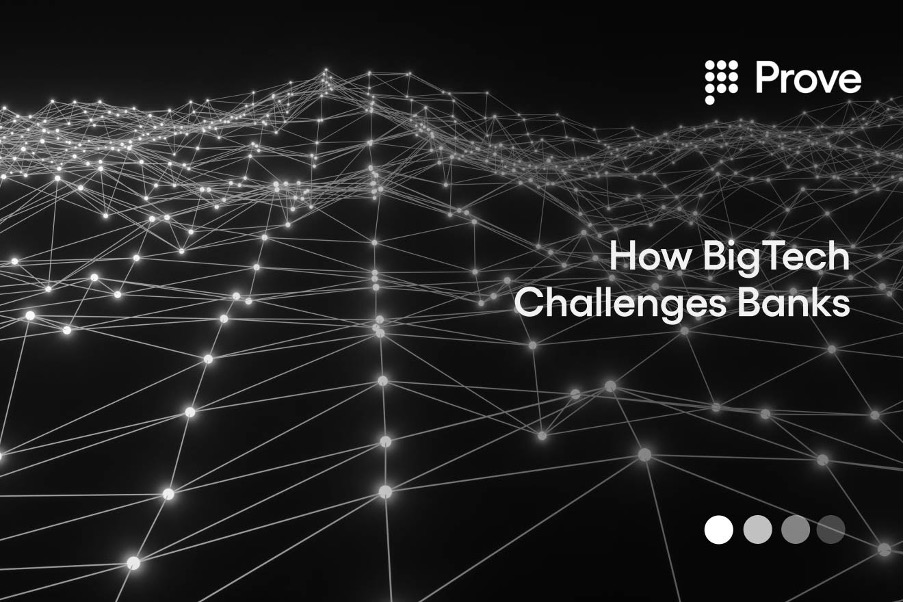 The evolution of the bank-FinTech narrative brought us to a logical point when FinTech is no longer perceived as a threat to traditional banking, but rather as an instrument in re-establishing their position in the financial services industry. The narrative, however, doesn’t end there. As Citi emphasized in its March 2018 Bank of the Future: The ABCs of Digital Disruption in Finance report, traditional banking is being challenged not by small FinTech startups but by established tech giants because of:

JPMorgan Chase has 46.7 million digital customers, claiming to be the number one most visited bank website with the most mobile banking customers. Amazon Prime, for comparison, counts 90 million US-based subscribers. At 90 million subscribers each paying $99 per year, the company generates nearly $9 billion in revenue without customers buying anything on the platform. As of the fourth quarter of 2017, Facebook had 2.2 billion monthly active users. In December 2017, WhatsApp had more than 1.5 billion monthly active users, up from over 1 billion MAU in February 2016.

It’s not just the sheer scale − social and e-commerce platforms also have the advantage of captivating the ever-increasing attention of the user. The average person has five social media accounts and spends around 1 hour and 40 minutes browsing these networks every day. On the other hand, banking apps are far from being the hottest apps on one’s phone.

“Finance is being reimagined and recreated in emerging markets by BigTech players with the proliferation of mobile platforms, a growing middle class, and favorable government policies. Ten-fold improvements are more likely in new markets that can leapfrog established technology − e.g., go mobile-first/only, skipping the landline phase in telecom.” − Citi

Facebook’s customer acquisition cost is reported to be at $5. Meanwhile, some estimates put acquisition costs for new retail banking customers at approximately $200 – lower for customers acquired online, higher for those coaxed to walk into the branch.

“The typical customer, on the other hand, generates perhaps $150 in revenue each year. Given additional account maintenance costs, this means perhaps two years before the break-even mark. The math is inexorable: A substantial proportion – perhaps 40% or more – of new customers will churn before recovering costs and generate negative value for the bank.” − Howard Lax, The Lax Group

The sheer scale coupled with low CAC serves well for platforms that do not have restraints in adding commercial features.

Social media and e-commerce platforms can build a bridge into the finance world precisely because of user-generated data and unrestricted ability to apply the most advanced technologies to drive value from that data. In 2011, Ant Financial spun out of Alibaba as its financial arm, and today, Ant Financial’s consumer lending has reached at least $95 billion. Ant has become a financial giant that was said to be valued at $60 billion and currently has more outstanding consumer loans than China’s second-largest bank. Ant Financial’s outstanding consumer loans are almost 3.7 times the size of China Construction Bank Corp.’s. Amazon Lending has made more than $3 billion in business loans ranging from $1,000 to $750,000 since 2011 to help SMBs selling on Amazon grow their enterprises. In February, CNBC reported that Amazon had partnered with Bank of America Merrill Lynch to expand its small-business lending efforts.

Web search history, for example, is a goldmine of hints about product interests, services, hobbies, and much more. Sophisticated analytical algorithms that can extract necessary flags out of massive unstructured search data can probably become the next big thing in microloans from e-commerce giants and in banking. So far, Chinese search giant Baidu and Californian big data underwriting company ZestFinance are on the path of using Web search history to extend microloans to China’s underbanked.

Social media was recognized by Wharton as an important data source for credit scoring back in 2014. However, the practice of judging a stranger based on their social environment is not new. One of the core ideas is that who you know matters. Companies like LenddoEFL, FriendlyScore, and ModernLend use non-traditional data to provide credit scoring and verification along with basic financial services. Those companies are creating alternative ways to indicate creditworthiness. The information contained about a person in social networks can provide some sort of verification that the person exists at all and who that person is.

While it is tempting to overdramatize the vast difference in sheer scale − we all occasionally fall victim to it − there is a significant difference in the very nature of relationships between banks and customers in the financial services industry and between massive digital platforms and their users.

As Paolo Sironi emphasizes, digital is a pull technology, while banking and insurance are the push. The user doesn’t typically go into Amazon thinking, What’s on the Amazon today? The user comes with a purpose to purchase a particular list of goods. Yes, digital platforms do push products onto us through sophisticated recommendations and needs predictions engines, but the point is that we come to e-commerce platforms with purpose.

With financial services, the story is very different. First, customers have some money and some needs, and then through conversations and engagement with the institution, the customers understand what services they need to purchase.

“The way we relate to money is not the same as we relate to consumption, because money is more emotional,” Sironi adds. “What allows technology to move from pull to push is a cognitive conversation.”

Customer relationships in banking have long been high-touch, and digital transformation forces a very different type of relationship to take over the financial services industry. The change is difficult and, to some extent, contradictory to the banking business’s very nature. As a result, banks are significantly transforming today, moving from the pure-play institutional end of the specter towards becoming software companies with fully digitized, configurable banking platforms.