How Enterprises Can Prevent TCPA Violations with Contact Compliance Technology 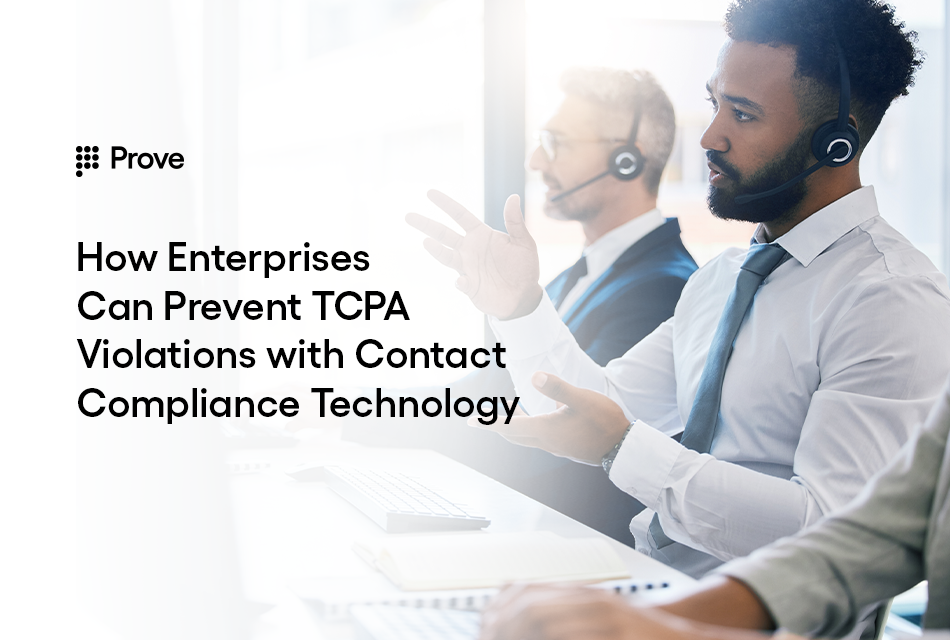 Even in today’s digital world, the telephone still remains one of the most effective ways to reach customers. Unfortunately, many outreach centers are hamstrung by stale, out-of-date consumer data that can result in expensive TCPA violations. Contact Compliance with Safe Harbor is a new solution that helps enterprises avoid TCPA violations by leveraging the RND (Reassigned Numbers Database), a repository commissioned by the U.S. Federal Communications Commission (“FCC”), and marrying it with thirteen years of tokenized archival subscriber data. This unique solution gives companies the confidence to contact a greater number of customers and reduce wrong-party contacted incidents.

The Telephone Consumer Protection Act (TCPA) was passed by the United States Congress in 1991 and signed into law by President George H. W. Bush. The goal of TCPA is to protect consumers from unscrupulous and invasive telemarketing practices. This is done through restrictions on the hours that solicitors can legally make calls and the equipment they can use, as well as the creation of a national database of "do not call" (DNC) phone numbers. This applies not only to entities such as telemarketers, common carriers, and debt collection agencies but to any company that makes outbound calls or texts.

Are there any exemptions to TCPA?

Yes, the FCC has created a few important exemptions. Calls made to established business relationships that reach the correct party or in certain healthcare or non-profit cases are typically not regulated by the TCPA. There are some exceptions to this caveat, however, so be sure to seek advice from trusted legal counsel.

How much can a TCPA violation cost?

Companies that violate TCPA regulations risk steep fines and large lawsuits. A single, standard penalty is around $500 but it can increase to $1,500 for a knowing or willing violation. Although this may not sound like much in the grand scheme of things, these fees add up fast when a company is calling thousands of phone numbers every day. In fact, in 2020, the FCC issued a staggering $255 million fine to a frequent violator. Granted, the company in question made over 1 billion spoofed calls in just five months. Even smaller violations, however, can result in big fines. Travel Club Marketing Inc., for instance, made just 185 unsolicited prerecorded robocalls and it was still hit with a hefty $2.9 million fine.

In addition to paying steep fines to the FCC, companies that either willfully or accidentally violate TCPA risk costly class-action lawsuits. Companies including the National grid, DirectTV, and State Farm have all had to pay upwards of $10 million in such settlements.

To help companies avoid violating the TCPA, the FCC has established the Reassigned Numbers Database (RND). The database is designed to prevent a consumer from receiving unwanted calls intended for someone who previously held their phone number. Remember, phone number churn (the rate at which consumers switch phone numbers) is extremely high. In fact, every year, 37 million phone numbers are recycled and given to new consumers. Callers can use the database to determine whether a telephone number may have been reassigned so they can avoid calling consumers who do not want to receive the calls.

What is the main benefit of RND?

By leveraging RND, a caller can enjoy “safe harbor” benefits. This means, under specific circumstances, they cannot be sued for inadvertently violating the TCPA if they did their due diligence and consulted with RND. However, there is a major caveat. Safe harbor benefits are only available if the phone number falls within the query coverage of the RND, among other conditions. Considering that about 75% of queries were outside of query coverage according to one study, safe harbor benefits are relatively rare.

What are the limitations of RND?

Unfortunately, the RND is not fool-proof and companies should take additional precautions to avoid TCPA violations. Because voice service providers only began reporting permanently disconnected numbers to the RND on April 15, 2020, consulting with the RND today will inevitably lead to a high frequency of inconclusive results (AKA “NO DATA”). As a result of its limited data, callers who consult solely with the RND will be extremely limited in the number of calls they are able to confidently make without violating the TCPA. Remember, about three-quarters of all queries currently come back as inconclusive.

How can callers overcome the limitations of RND?

To get more accurate results and confidently be able to call a greater number of phone numbers, it’s critical for callers to pair the RND results with archival data. With Prove’s Contact Compliance with Safe Harbor, callers can supplement the R&D with 13 years worth of disconnect coverage.

Do you have any real-world examples?

Recently, a Tier 1 bank came to Prove with a big problem: it suffered from low contactability rates due to fears of violating the TCPA. Why? Leveraging the RND alone left them in the dark with nearly three-quarters of the results coming back inconclusive. After leveraging Prove’s Contact Compliance with Safe Harbor, however, the bank was able to confidently increase the number of users they could contact four-fold. With Prove’s technology, the response rate went from roughly 25% to 99.5%.  Bottom line: Contact Compliance with Safe Harbor dramatically increases the number of users you can contact while reducing the risk of TCPA violations.

Want to increase contact efficiency while avoiding costly TCPA violations? Schedule a meeting with an expert.