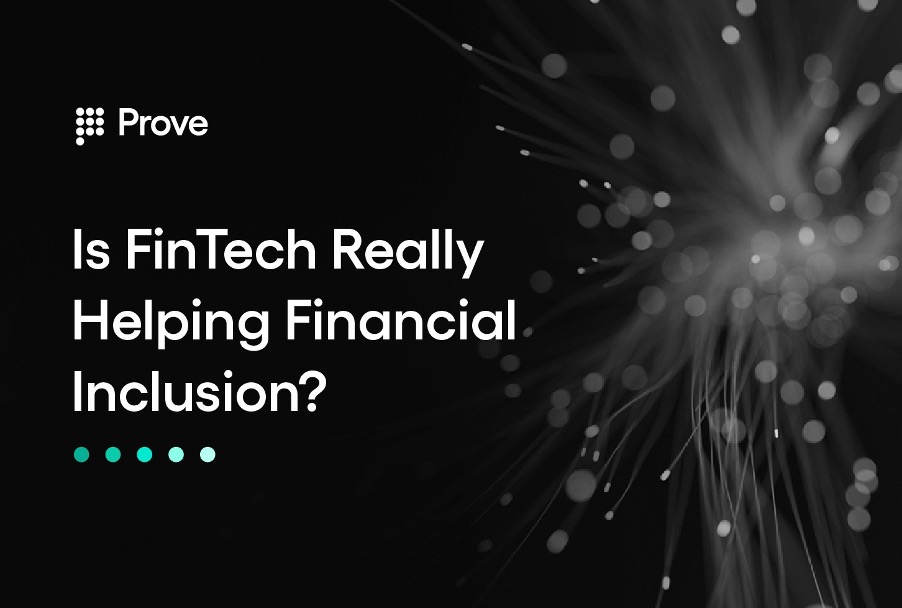 When we speak about the origins of FinTech, one will connect it to financial inclusion in the early days quite often. FinTech was meant to be a crucial instrument in increasing financial inclusion, and over the last decade, we have seen FinTech’s positive impact on achieving it.

One of the first use cases of financial inclusion through FinTech and a prominent use case for FinTech has been M-Pesa in Africa, which was started by Vodafone’s Safaricom in Kenya. M-Pesa uses the phone as a wallet, and in effect, a phone number becomes an account number for financial transactions. One can do multiple things with M-Pesa, from paying bills to transferring money across the country via the 120,000 M-Pesa agents in Kenya alone—and all this can be done through a feature phone. It is estimated that transactions over M-Pesa amount to 35% of Kenya’s GDP, with mobile money transactions amounting to 50% of Kenya’s GDP and that M-Pesa has brought 2% of the population out of poverty. M-Pesa is a pioneer in this area, and since 2007, we have seen a growth in mobile money players across developing markets, playing a crucial role in financial inclusion. From less than a third of the population having access to banking in 2007, over 93% of Kenyans now have access to banking services through mobile money.

Mobile technology and advancements in the field have had a significant role to play over the last few years. M-Pesa’s case highlights how mobile phones have played a crucial role in increasing financial inclusion in emerging and developing economies for populations to leapfrog ahead.

FinTech for Financial Inclusion of Individuals

In the recent past, the number of internet users around the world has grown by more than 1.9 billion since 2014, an increase of more than 75%. This has played an important part in enabling financial inclusion. More people are now able to access a variety of services online without needing/having a bank account.

Let’s take Indonesia, for example. According to a recent speech by Mr. Darmin Nasution, Coordinating Minister of Economic Affairs of Indonesia, financial technology companies have the potential to fulfill the requirement of affordable, safe, and easier financial access, particularly in providing necessary services to the payment and lending markets. The strong growth of FinTech in Indonesia has created a large number of FinTech agents, with the number of agents rising more than 5 million in a period of three years. Digital financial services provided by FinTech companies serve around 70% of the unbanked population, which translates to roughly 35% of Indonesia’s overall population since 50% of the population does not have a bank account.

Such startups with impact are spread across developing geographies. For example, Kaleidofin, a Chennai-based Indian startup that helps the poor achieve goals such as a child’s education, better homes, and owning shops by providing them with a one-stop financial solution that helps them prioritize their life goals using artificial intelligence and smart algorithms. The algorithm takes into consideration household expenditures, unique vulnerabilities, risk tolerance, and persona type to recommend a single, seamless package of insurance and investment solutions. The fully automated, end-to-end solution enables its partner institutions to collect monthly contributions and invest them in various investment schemes. Users receive regular SMS reminders and automated calls in their local language.

Mobile wallets across many jurisdictions have been instrumental in providing financial access for many without bank accounts. Until the recent ruling of requiring to link wallets to bank accounts in mainland China, one could freely transfer funds by means of P2P and make a variety of transactions through Alipay and WeChat Pay. Paytm and other e-wallets had a big boost during India’s demonetization drive, enabling both the banked and unbanked to conduct transactions while the country had a severe cash crunch.

FinTech for Financial Inclusion of Women

While the percentage of women who own an account in Asia and the Pacific increased between 2014 and 2017, the gender gap persists—women have lesser bank accounts than men. While the global gender gap in mobile money accounts is 33%, the gap in mobile phone ownership is only 10%. Factors such as physical access, social norms, and lower literacy in developing countries act as barriers to the financial inclusion of women. With mobile phones, many of these barriers can be overcome. It is estimated that M-Pesa has enabled 185,000 women to move out of subsistence farming and into business or sales occupations. FinTech may help ease the gap through the ease of access and increase the usage of financial services by women. Nearly one in six unbanked female adults says lack of documentation is one reason she doesn’t have a bank account. The use of biometrics and national electronic IDs, such as the one provided by India’s Aadhaar helps to alleviate this issue in a big way.

FinTech is a way for unbanked women to have access to financial services and enjoy the convenience of digital money in emerging & developing economies. FinTech platforms make it easier for women to receive government and business payments, along with receiving remittances. Additionally, there is a high percentage of women who participate in the unorganized sector, and they do not have the requisite attributes such as collateral, formal credit rating, etc. As per the IFC, 68% of women in small and medium enterprises in emerging economies have unmet credit needs. Through the use of alternative data as well as transactional data via mobile usage, FinTechs are able to offer credit to women at a lower rate than traditional means.

Another example of FinTech enabling women is Access Bank’s Better Mama, Better Pikin (BMBP) mobile wallet in Nigeria that offers microsavings along with health and life insurance services for expectant mothers. A woman is only required to save a minimum of about $3 per month. The premium gives her medical insurance coverage of up to about $125 per annum, and life insurance cover up to about $312 in case of death or permanent disability. BMBP offers expectant mothers a structured prenatal and postnatal training program. The one-month pilot of this initiative has helped reduce infant and maternal mortality by 2% across participating government institutions.

FinTech for Financial Inclusion of Businesses

MSMEs contribute significantly to economic development in most countries but are also faced with a considerable financial gap. The International Finance Corporation (IFC) estimated that in 2017, about 40% of MSMEs were financially constrained, with the total finance gap amounting to $5.2 trillion. As per the BIS, many SMEs in developing economies do not meet the minimum requirements for a formal bank loan application as they often do not have audited financial statements. As a result, the big technology firms can have an advantage over banks and serve firms and households that otherwise would remain unbanked. They do so by tapping different but relevant information through their digital platforms.

Credit rating and credit allocation: FinTech has played a fundamentally important role in facilitating credit allocation to MSMEs in China by compiling and analyzing their e-commerce transactional data and other digital footprints. Ant Financial provides automated credit lines to more than a million firms trading on Alibaba’s Taobao e-commerce platform using the Zhima Credit Scoring system. The use of technology and big data makes information collection and loan decisions much less costly and much more effective, as well as helping extend credit availability to even vendors with a low credit score. In addition, it was found that FinTech lenders are more efficient and effective in loan monitoring and debt enforcement.

Kudo is a technology provider in Southeast Asia that empowers millions of traditional retailers to increase their livelihood. For Kudo, it’s all about increasing traditional retailers’ income and lowering their operational costs. Kudo now has 2 million agents; Kudo provides an open ecosystem whereby, by becoming its partners, kiosks are able to sell a variety of digital products, right from phone credit to flight and train tickets. After Kudo’s acquisition by Grab, Kudo’s agents can also serve as Grab’s driver registration points. For every registered driver, an agent can get a commission that can add up to a tidy sum for the agent. Kudo also offers domestic remittance services in collaboration with Bank BNI, where agents get a commission from every transaction made through them.

Patasente is an online merchant platform in Uganda that connects different points of a goods and services supply chain so that participants can bring their businesses online, purchase goods, settle payments, and secure invoice financing. The businesses on Patasente’s platform range from microbusinesses to large corporations. Microbusinesses often face cash flow gaps if their buyers cannot pay them when the supplies they ordered are delivered, while suppliers find it difficult to find businesses that can wait for a few weeks for payment. Patasente secures interim financing for suppliers by assessing the creditworthiness of their buyers through reverse invoice factoring. Funding is secured through private lenders who are offered competitive returns.

While there are still 1.7 billion adults without access to banking, we need to have a sustained push for financial inclusion, and FinTech provides the right conduit. However, to ensure that FinTech platforms can be effective and successful in increasing financial access and inclusion, there is a need for four main factors to be implemented:

Firstly, there is a need for financial literacy and education among the unbanked, both through online and offline models. This will help the unbanked understand their finances and thereby be better positioned to choose the right solution. Secondly, the government and regulators have to set up and establish supportive laws and policies to enable financial inclusion through FinTech while ensuring customer protection and stability. Thirdly, low costs—both transactional and fees/rates—are going to be necessary if the unbanked are to take up FinTech services versus those offered in the unorganized, offline economy. Costs play a significant role in the determination of what services the unbanked and poor would use.

Lastly, but critically, digital infrastructure is the key to tying together and offering all of the above. India’s IndiaStack is a classic example of a digital infrastructure that has enabled a wide degree of technological uses for financial services, cutting down both costs and service times while increasing access in large numbers. Low data usage costs and cheaper smartphones have also played a role in having more people come on board the digital economy.