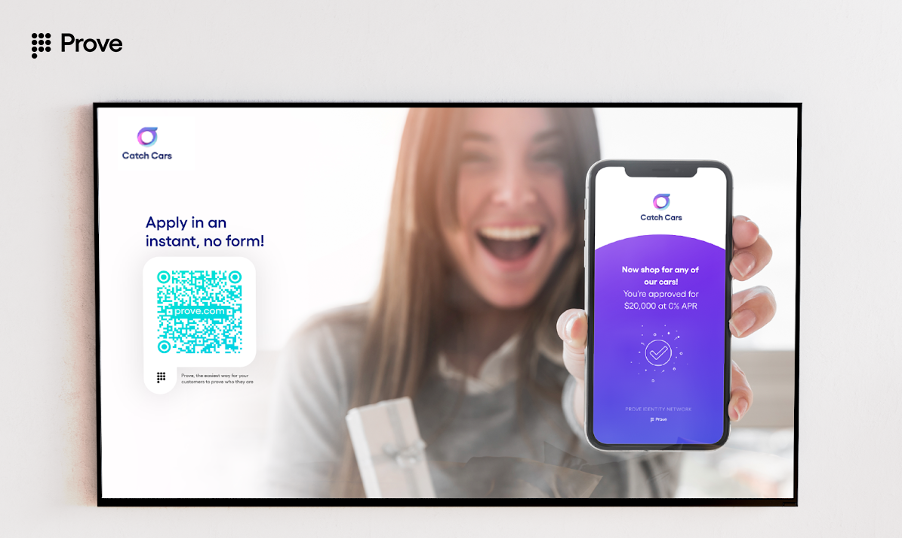 NEW YORK, May 13, 2021 – Prove, the modern way of proving identity with just a phone number, announced today the launch of QR Pre-fill™, a product that empowers consumers to use existing QR codes to donate to charitable organizations, sign up for bank accounts, retail and crypto trading accounts, credit cards, buy-now-pay-later programs, retail loyalty programs, and more without filling out cumbersome forms on their mobile device.

The COVID-19 pandemic created an urgent need for contactless forms of communication, and the QR Code, originally created in the 1990s for inventory tracking, has now become more prominent than ever before. Today, QR codes are an increasingly ubiquitous experience in consumers’ everyday digital lives; they are now featured heavily in brick-and-mortar stores and restaurants, on television advertisements, and even during award shows such as the Golden Globes and the Grammy Awards, further bridging their digital and physical experiences.

Today, many businesses use QR Codes to entice users to create an account or sign up for a program on their mobile phones. However, this use case creates a dead-ended customer experience as it requires users to manually complete forms and verify their identity on their mobile phone, which is time-consuming and frustrating. As a result, many prospective customers drop out before completing the process, resulting in lost revenue and missed opportunities.

“Few technologies have made a bigger comeback in advertising than the QR Code,” said Kathleen Waid, Chief Revenue Officer of Prove. “With Prove’s QR Pre-fill, Chief Marketing Officers have a powerful new tool to onboard new customers quickly and easily.”

For more information about QR Pre-fill, contact us here.

Prove is the modern platform for phone-centric identity authentication, powering over 1,000 enterprises, including 500 financial institutions and 9 of the top 10 US banks across 195 countries. For the latest updates from Prove, follow us on LinkedIn.

Finding the Upside of an Economic Downturn: How Some BNPL Players Are Leveraging Digital Identity to Win the Recession