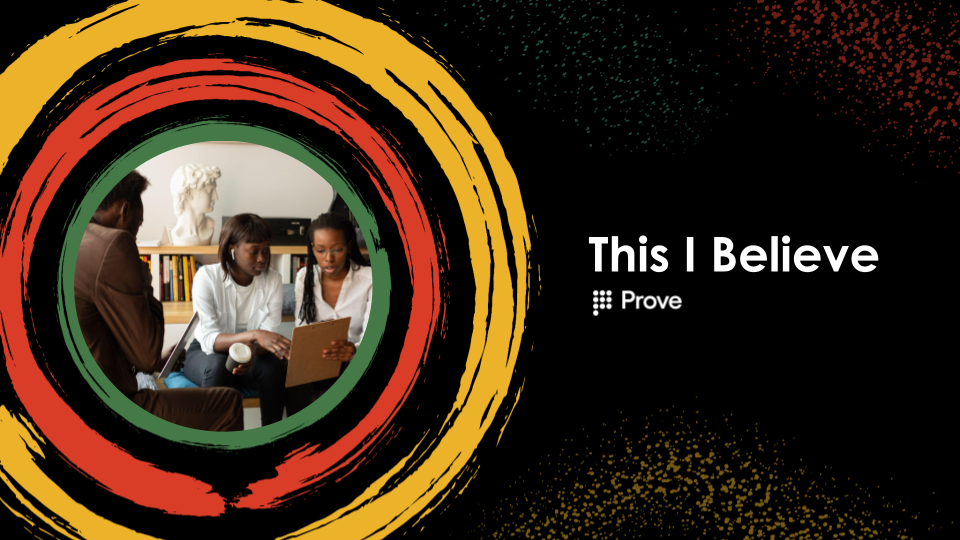 I’ve always been fascinated by America’s diversity – the notion that a country could put aside things that have historically divided societies, and bring people with different backgrounds, skills, and experiences together is audacious. I know the jury is still out there (it’s only been a couple of hundred years), but I’m optimistic about this experiment!

Black History Month is one of America’s oldest historical celebrations, taking place every February each year to honor the incredible achievements of Black Americans and their central role in American history.

This brings me to one of my favorite books, titled “This I Believe,” a collection of beliefs by different people around the world. After I read the book, I asked myself, "If given a page in that book, what would I write?" Having given it some thought, I found it – diversity!

Today, I’ll focus on diversity as a characteristic of teams that build successful products. From the recent discovery of the revolutionary mRNA technology to the far corners of history when man discovered fire, diversity has been the main ingredient.

It’s in this spirit that I would like to highlight and celebrate five Black innovators whose contributions I’ve found inspiring:

For the US Electric Lighting Co. Latimer designed a version of the carbon filament that was more durable and longer-lasting than earlier filaments. As a result, incandescent light bulbs became affordable to more consumers. Safer than gas lamps, and less harsh than arc lights, incandescent bulbs transformed the average American home after nightfall. Latimer went on to work on many other innovations, but I find his contributions to the bulb impressive when I think about all the things that we can now do after nightfall.

This group’s story was popularly documented in the biopic “Hidden Figures.” Their individual contributions to the Space Task Group’s projects and recommendations benefitted us all as a civilization. Having landed a man on the moon, we benefit from the many second-order technologies that emanated from contributions like those made by Katherine, Mary, and Dorothy.

As many teenage boys around the world, I was no exception with my love for sports cars hence why I found Ralph’s story inspiring. Through his different roles at Chrysler, Ralph designed, guided, and built teams that resulted in amazing automobile designs. The Chrysler 300 and the 2014 Dodge SRT Viper are some of the favorites his teams boast of. They achieved great designs at a time Chrysler was facing major challenges including the financial crisis, stiff competition, and corporate restructuring. It’s a story of perseverance.

As we celebrate the contributions of Black folks to our society, I encourage young Black students to explore careers in Product-related roles. These roles can be platforms through which Black voices, ideas, and perspectives can be amplified and translated into designs, management, and maintenance of our future products. Let’s take advantage of these opportunities!

Here at Prove, I’m proud to be a part of an organization that builds products that help prove that people are who they say they are. We are cognizant of the consequences that this could have on a diverse society like the one we live in today. We are therefore intentional in ensuring that our teams have a diverse range of backgrounds, skills, and experiences. If you’re looking to join a diverse pack of makers and provers, check out our open positions here.