10 Best Marketing Campaigns and Stunts From the FinTech Industry 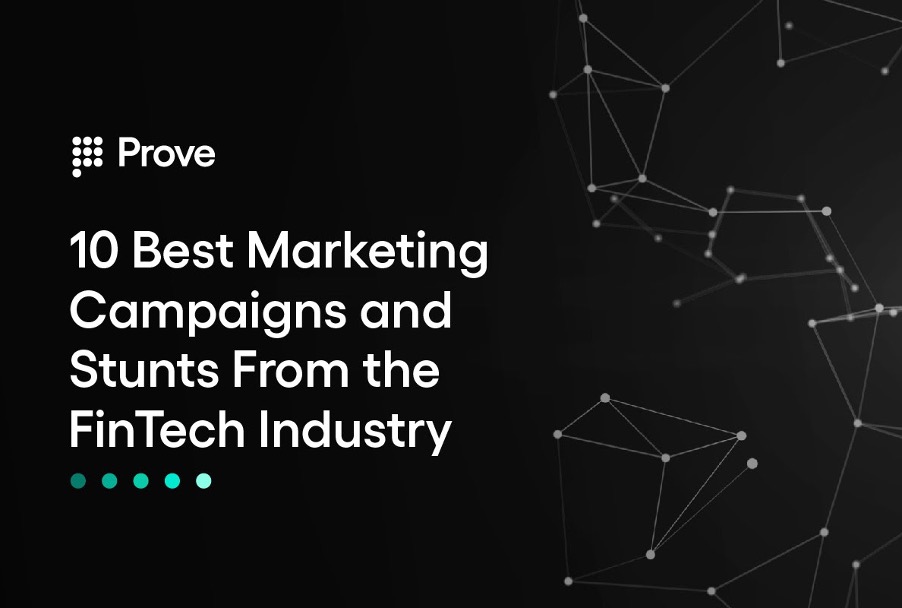 FinTech is not all about technology; it is mainly about an innovative approach that can be applied not only to managing finances but also to marketing. We are used to seeing innovative marketing ideas from a variety of sectors but financial. Well, FinTech changes the game even there by demonstrating imagination in creating an appeal. Here are some of the most interesting marketing moves from FinTech companies to prove that FinTech is also about fun.

The recently resumed Money20/20 conference again proved to be a hub for innovations and opportunities. It is also a stunning example of how innovative marketing ideas can be applied in FinTech. I am sure you have noticed those interesting profile pictures caricatures of the industry’s influencers. If you were wondering where they come from, you now know the answer. Money20/20 was the first to create this campaign, and it was hugely successful. The campaign provided a fresh perspective and a new way of looking at industry leaders. As the conference’s bloggers had shared, creating caricatures was not the safe choice, but it helped create a common visual language within the Money20/20 community; the caricatures led to outstanding results.

Another example of creativity at Money20/20 was the cover of the conference’s brochure.

“Do not choose Instamojo’s amazing platform”

Creativity is not restricted to visuals. While most companies are trying to convince you of the unique value in their products in a straightforward, traditional way of listing bullet points of their USP, Instamojo offers you reasons not to choose them. Surely, there is a catch directed to those looking for some reviews and critics. In the company's blog, Instamojo published an article named “6 Reasons To Not Choose This Free Payment Platform” that listed, so to say, controversial reasons not to use the platform. By the end of the article, you realize the great value of the product and appreciate the creative move. Swimming against the current brought social media buzz and attention to the company.

Back in 2010, WePay dropped one of the most memorable marketing stunts by a FinTech company. It dropped a 600-pound ice block with frozen money in San Francisco at the PayPal conference, blaming the competitor for freezing the customers’ accounts. The stunt went viral, taking the top positions in tech magazines. By dropping the ice block with money, WePay sent a clear message which was supported by the landing page UnfreezeYourMoney.com. Smart alignment between out-of-the-box creativity, the overall marketing strategy, the stunt, and other campaigns made this move successful. According to WePay’s co-founder Rich Aberman, the WePay team wheeled the ice block over to the Moscone Center and dropped off the cargo without any issues. Aberman then quickly dashed away with the mover in tow, which he planned to hide nearby so that Moscone Center’s security couldn’t move the block. As the WePay team shared with HubSpot, the stunt’s landing page conversions were three times higher than a normal day; the company also saw a 300% increase in weekly traffic and a 225% increase in sign-ups.

To prove that iZettle can make it super simple for anyone to sell face-to-face and accept card payments, the company conducted a six-day pop-up store campaign in Central London. Six different businesses could use the store for trading for 12 hours using mPOS technology from iZettle. The company not only quickly and creatively reached a mass market but also established an image of a supporter of local businesses and the community. iZettle is focused on creating an outstanding customer experience along with helping entrepreneurs run the business more efficiently. Keeping that in mind, the campaign was done to signify the convenience and ease of use of its technology—iZettle demonstrated that running a business shouldn’t be painful.

Spent: Looking for Change - A Documentary by American Express

This is a state-of-art documentary that every American should watch. American Express wasn’t looking to promote its services through this movie. However, it added up to the brand as an attempt to start the conversation on making banking and living more affordable. The documentary tells the story of four people that can't make ends meet; it draws attention to those struggling financially. In the official press release, AmEx stated: "...one in four US households who are not well served by the traditional banking system and rely instead on services like check cashers, payday lenders, and pawnshops to meet basic financial needs. The costs for these services can add up, with the average underserved household spending 10% of their income on fees, the same as the typical American family spends on groceries." The sophisticated and thoughtful move from AmEx to sponsor the documentary is aimed to drive change; an established financial institution speaking of such problems demonstrates corporate responsibility. The documentary scored more than 12 million views on YouTube. Not only does AmEx speak about the issue, but the company also has an alternative financial product in partnership with Walmart to help the underserved called Bluebird, an alternative to traditional checking and debit options. The solution is powered by the Serve platform and offers a whole range of features.

Simplicity is the ultimate sophistication by Nutmeg

UK robo-advisor and wealth management companies turned to the London Tube as an advertising space. Nutmeg pioneered the way to the underground and stations with its campaign. The absence of an Internet connection in the underground ensured the maximum attention as passengers wouldn’t be distracted with their phones. In addition to Tube card panels, the company also ran rail ads. The ads were strategically located at entrances and exits to stations and not on platforms or places people never went to. The cost was surprisingly small by advertising standards (between £40–50k), and got Nutmeg Tube card panels in every carriage, on every line of London’s underground, for two weeks. Twitter saw a great spark of interest after the ads were displayed, with people taking and sharing pictures. The campaign won the FinTech Innovation Award 2015 in the Marketing category.

“The party's over” by TransferWise

The company that made it to the finalists at the FinTech Innovation Award 2015, TransferWise, came up with the video ad that collected more than 40,000 views on its official YouTube channel. The company proved that FinTech wasn’t all about technology and that it can be entertaining as well. The big party at the Bank of Money ended with a massively destroyed space, but there’s a bigger picture and meaning; the company looks to disrupt the traditional banking industry. By finishing the party, TransferWise looks for a new beginning in financial services.

Moneysupermarket.com, another finalist of the FinTech Innovation Award 2015, made it to the finals with an amazing and funny TV ad, where a mother narrates how her son saved money with the service and her son Dave is dancing through the streets of Los Angeles in shorts and heels. In the first five days of release, the video hit 18,000 shares and has currently reached more than 1,000,000 views on YouTube. Moneysupermarket.com is a price comparison website specializing in financial services. The website enables consumers to compare prices on a range of products, including mortgages, credit cards, and loans, to select the best offering and save money. Light, funny and creative, “Epic Strut” is a series of similarly funny videos that went viral and got a significant amount of views on social media.

Another interesting example of a marketing campaign came from FirstBank; it demonstrated that it cares for clients who operate their own small businesses. FirstBank hung billboards around the cities in selected states, promoting their services for free. The bank also placed 500 business cards on ad surfaces underground to help businesses gain awareness and advertise their services in high-traffic spaces.

Image source: Ads of the world

This move by FirstBank truly demonstrated it cares not only about the fees but also the prosperity of the clients. Here is an example of one of the billboard ads:

NAB Bank’s campaign of praising honesty went viral and became an instant YouTube hit when the bank posted videos from hidden cameras. The bank launched an experiment in a shopping mall to see whether ordinary people would return a pair of sunglasses that seem to be accidentally dropped. Those who demonstrated integrity and returned the sunglasses would then be rewarded with massive advertising of their honesty and would see their faces on the screens. The bank performed different variations of the experiment—one of them was a lost wallet stuffed with cash. NAB conveyed the message of honesty in a funny way, associating the idea with the brand.