How Non-Bank Incumbents are Dealing With the Rise of FinTech 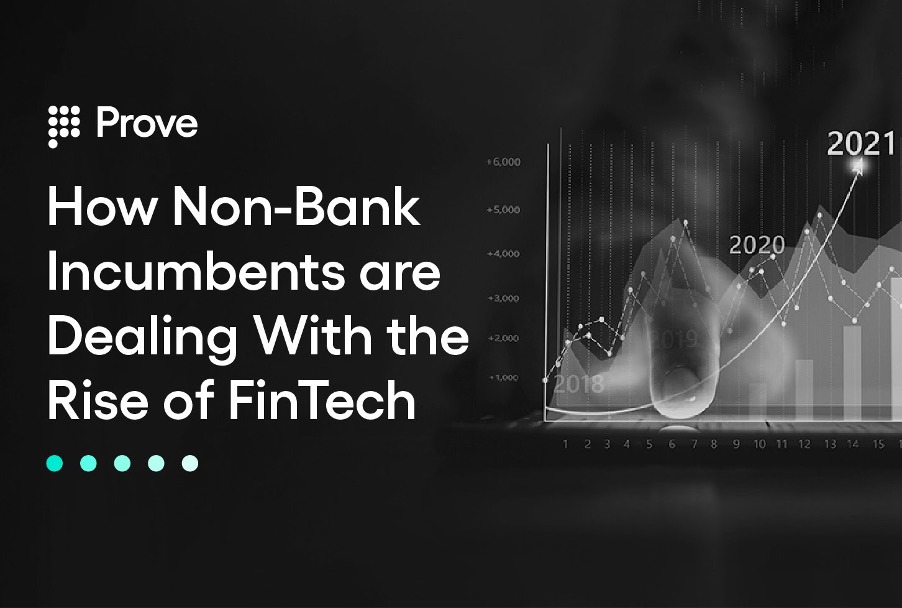 The rapid rise of FinTech startups seems to be throwing some shade on the banks basking in the sun. As payment technology evolves, FinTech startups are found to be more imaginative in making money-handling easier for consumers. In fact, more than $5.5+ billion of investments were made in the FinTech industry from July 2015 to January 2016. Although the FinTech startups sector is growing rapidly, it is unlikely they will totally replace banks because they actually rely on existing bank accounts.

However, FinTech startups tend to shrink the banks’ profitable sectors, making it harder for banks to maintain low-margin services. We have seen how banks deal with FinTech startups with different approaches, including mergers and acquisitions, investments, acqui-hiring, partnerships, incubators/accelerators, and the list continues to grow. Clearly, this doesn’t imply a flaming fight between the two but rather a forced friendship or a creative engagement model. Banks are trying to accommodate FinTech startups even before the startups accommodate their customers.

Much has been said about banks and FinTech. But the FinTech-focused community must know how the non-bank incumbents are dealing with the FinTech explosion and trying to be a part of it by reaching out to FinTech developers, FinTech entrepreneurs, and FinTech influencers.

Like banks, even the non-banks in the FinTech universe are facing heat from startups, but the smart ones are not going into their cave. Rather, they are converting the threat into an opportunity.

Why is it important to know them?

In the forced friendship between banks and FinTech startups, investors are pouring millions of dollars into giving a new definition to financial services, while banks are cutting costs by closing down branches and trying to invest that money in new technology. In going about with this strategy, banks have ended up trying multiple experiments for working with FinTech startups, and so far, they have not been unsuccessful. However, we are missing some important stakeholders in this forced friendship and the FinTech community as a whole. There are a few non-bank financial incumbents who are either trying to give this forced friendship a home, while some are just trying to be friends with both of them as a means to expand, innovate, and, in the long term, fight them. For example, have a look at these five companies who resemble the non-bank financial incumbents I am referring to above:

NASDAQ has long been known as the tech-heavy stock exchange, but with time, it’s gaining the status of an “incumbent.” Now, as it faces stiff competition from rival exchanges to lure the next hot IPO, it’s reaching out to business startups before they go public. If NASDAQ stays complacent, it might lose out to others.

So what are the measures it has taken? NASDAQ, through an affiliated foundation, founded an Entrepreneurial Center based in San Francisco’s Market Street. It’s promising business training, mentoring, and networking opportunities for early-stage startup founders. But why? Here are two of the many reasons:

NASDAQ also acquired a firm called SecondMarket Solutions, an exchange that enables current and former employees of private companies to sell stocks to accredited investors. The secondary market is growing in popularity as companies stay private longer, according to SecondMarket. NASDAQ will bolster its own pre-IPO platform with the deal. (NASDAQ launched Private Market in March 2014; the SecondMarket team and products will join that group.)

NASDAQ also invested $30 million along with Visa and Fiserv in blockchain startup Chain.

The £20-billion research and data giant that covers various sectors, including financial services, risk, legal, tax and accounting, intellectual property, and science and media markets, is one of the first incumbents that caught our attention. In October 2012, Thomson Reuters introduced their new App Store solution that enables access to the latest innovative capabilities and tools for use across the digital enterprise. This App Store enables financial institutions and third-party developers to effortlessly create pioneering market-monitoring and investing apps. By seamlessly integrating Thomson Reuters’ content assets with a firm’s customer account data and other data sources, Thomson Reuters is now trying to help financial institutions (and developers) leverage that insightful data to deliver a differentiated experience for their customers while lowering both development costs and time to market.

Three years after the App Store solution, in reaction to the FinTech explosion, the company launched an App Studio, a financial version of Apple’s App Store for FinTech developers. With App Studio, developers can build applications that will run within Thomson Reuters’ Eikon software, offering anything from charting tools to the analysis of Twitter sentiment.

In his interview with BI, Albert Lojko, Thomson Reuters’ Global Head of Desktop Platform, mentioned that he sees the rise of FinTech as a threat. He said, “The FinTech activity has infused all the thinking of our customers. Their desire to think about how they leverage the cloud, how they reinvent their businesses—that is definitely there. There’s been a lot of regulation, a lot of changes in the market that they have to keep up with. Our customers are thinking very differently about the structure of their businesses today than they were even a few years ago.”

The App Studio has already been in high demand, and Thomson Reuters looks at this product as an underlying platform that every financial institution wants, no matter the ebb and flow of growth in FinTech.

Card networks are one of the leading non-bank financial incumbents trying to deal smartly with FinTech. No more are any of these corporate giants focusing on competitive analysis with four or five competitors in the space. The whole troop of FinTech Startups is now a part of their competitive analysis diagram on whiteboards or presentations. Mastercard has also been a non-bank incumbent constantly investing in FinTech startups and companies. In fact, it has been one of the fastest amongst the card networks when it comes to acquisitions. Mastercard has been focusing its FinTech strategy on mobile payments, biometrics, payments authentication, and verification. Mastercard also recently announced the first batch of its global accelerator, Start Path. Start Path was launched in 2014 with an objective to help early-stage startups by partnering with them to grow their businesses faster than they could by themselves. Startups can benefit from the knowledge of a global network of Mastercard experts, access to Mastercard customers and partners, and the ability to innovate on top of Mastercard’s own solutions.

American Express Ventures is the company’s dedicated investment fund for investing in FinTech and related startups. AmEx has always focused on international payments companies. Most recently, AmEx invested in a Mexican equivalent of Square, Clip. Clip’s first partner is American Express, which represents 30% of the total payment volume in Mexico, but has only 3 million of the roughly 30 million credit and debit cards in use in the country. A survey by Autonomous Research stated that American Express was picked by respondents as one of the biggest losers from technological changes. We all know the American Express credit cards have higher interchange fees to facilitate credit card transactions. If financial technology makes transactions have less friction and lower costs over time, the ones with the highest prices are the most vulnerable, said Brian Foran, an Autonomous Research LLP partner. However, this might just be an impression. Internally, the credit card giant might be planning something strategically strong. It is, in fact, seen to be more active than Visa in its FinTech investments.

Along with FinTech, AmEx is also investing in non-FinTech companies, which are consumer-focused. Probably that has something to do with its value proposition for high-value card members. One example is American Express’ investment in New York-based eyewear startup Warby Parker in 2013. Services offered by Warby Parker match AmEx’ target audience expectations. With these non-FinTech partnerships, AmEx is trying to give its customers the best e-commerce experience too.

How can we not mention PayPal in this list? PayPal, one of the early players in the payments space, has been trying to pick up the FinTech space and has been pretty successful under the leadership of the CEO, Daniel Schulman. PayPal is keeping up with the growing number of FinTech startups via acquisitions, investments, and technology advancements. Few of the most popular acquisitions in the payments space came from PayPal. PayPal’s acquisition of Braintree, Xoom, and Venmo are some of the notable steps taken by the company in FinTech. PayPal, along with Braintree, also runs Startup Blueprint, a program that provides global mentorship and support for the FinTech startup community.

These are just four smart non-bank financial incumbents that immediately caught our attention when it came to participation in FinTech, as opposed to enmity with FinTech. But there are many others like Western Union, Bloomberg, and Visa who are trying their best to enter the world of forced friendship between banks and FinTech startups. And why just financial incumbents? Non-financial companies are also seeing FinTech as a threat and trying to convert it into an opportunity. Top examples include the Chinese social media network Renren which has constantly been investing in FinTech startups and companies. Only a few days ago, Renren led a $40-million funding round for the investment platform Motif Investing. Renren is planning to invest approximately $500 million in FinTech startups. According to a WSJ story, Renren is looking to diversify its revenue away from an emphasis on advertising. Other non-financial incumbents include consulting companies like Accenture and Clayton, who are just running behind the keyword FinTech to establish their thought leadership in the area. We cannot skip mentioning tech giants like Google and Intel, who have also noticed the FinTech startup threat and reacted to it smartly to look at it as an opportunity.