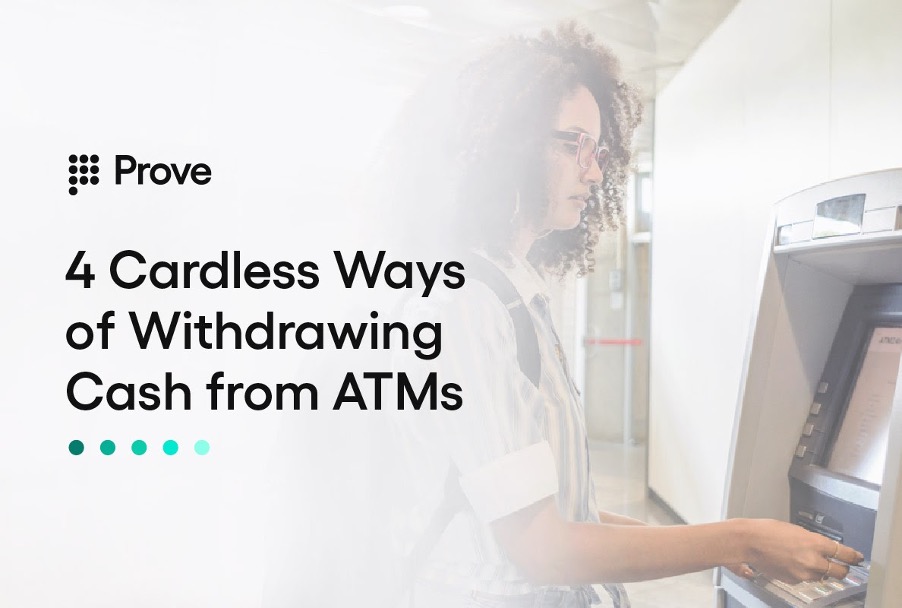 Here are four such cardless methods of withdrawing cash from ATMs:

Here’s a video uploaded by a user showing a cardless cash withdrawal at an ATM using QR code technology.

To learn more about Prove’s Identity solutions and how to accelerate revenue while mitigating fraud, schedule a demo today.