Biometrics as Catalyst: FinTech Pulls Away From Banks 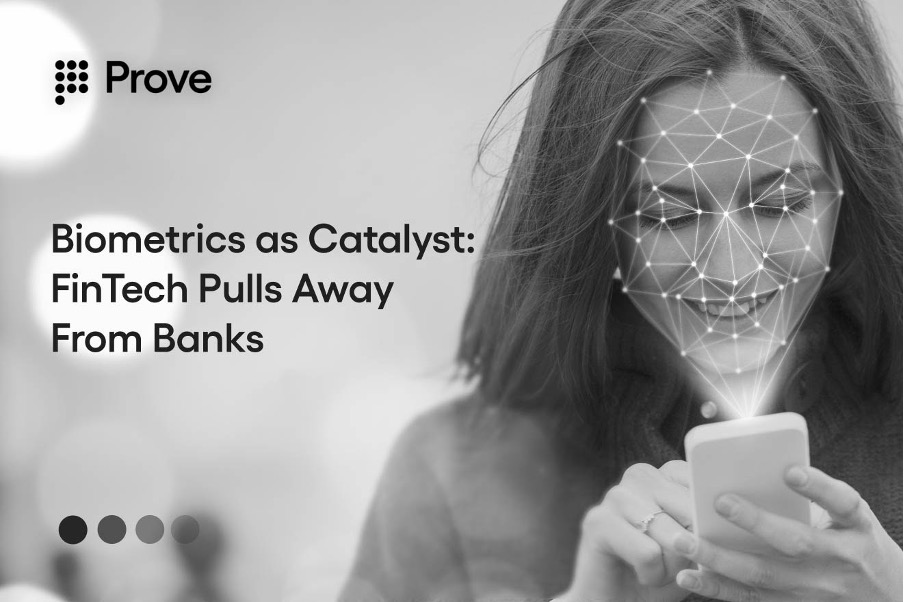 The development of biometrics on mobile devices is set to have an outsized impact on mobile wallets and international money transfers. Advances such as fingerprint login, retinal scan, and facial recognition offer remittance companies a rare opportunity to combat fraud and improve the user experience.

Mobile wallet transactions alone are expected to reach nearly $1.4 trillion in 2017, growing 32% compared to 2016, and the number of mobile phone users will top 5 billion. Biometrics represents the next major technological advance that will push FinTech past traditional banks.

With the current mobile focus of the remittance industry, it is uniquely positioned to ensure money arrives and to know the identity of every customer – at scale and without a retail footprint. One of the most critical parts of enabling and safeguarding money transfers requires knowing a user’s identity — and biometrics offers a way to do just that.

Entering the next phase of FinTech

The internet was the original game changer, enabling digitally funded remittances for the first time. Then, the advent of smartphones pushed the industry into a new phase by simplifying the experience and empowering the customer to send money from anywhere. Now, the advanced biometrics offered on mobile devices ushers in a new era.

Biometrics improves the user experience by reducing form fields, eliminating the need to upload a picture of a physical ID, and fully automating the know-your-customer (KYC)/anti-fraud process. Moreover, for the first time, digitally funded transfers will offer better KYC and fraud checks than banks or brick-and-mortar competitors.

Today, capturing an image of a photo ID is the ultimate method of KYC. If a company has your ID, they know who you are – or so we are told.

In the future, easy-to-fake physical IDs will not be sufficient, as the standard is pushed to fingerprints, retinal scans, or face recognition.

In other words, the mobile connection to users will be more valuable than an in-person retail experience.

The authentication of identities and information is far from a new concept, especially in financial transactions. However, traditional methods will not be able to keep up with the rapidly changing technology landscape.

With hacked or compromised credentials, attackers can wreak havoc by posing as legitimate users and moving or stealing unauthorized funds. Not only is there a risk of theft, but fraudsters also exploit peer-to-peer (P2P) money transfer services for money laundering and terrorism financing. Because P2P payments are expected to be used by nearly 129 million adults in the US by 2021, the threat isn’t going away anytime soon.

Combating cybercrime in such a highly regulated industry requires authenticating users and truly knowing who they say they are. In addition to KYC, it’s also crucial to leverage technological advancements to stay one step ahead of fraudsters and their accelerating threats.

Advances in biometrics will disproportionately impact people from developing countries where the current ID technology is low and less reliable.

The number of people living outside of the country in which they were born has surpassed 244 million, representing a 41% increase between 2000 and 2015. Many of these people come from places where the identity infrastructure is weak and disconnected from developed systems in the US and Europe.

However, with biometrics, remittance companies will no longer need to accommodate a driver’s license from India or a voting card from Mexico. Instead, they can use biometrics to safely and securely identify customers worldwide.

Of course, there is a response from resourceful criminals across the world for every technological advance in combating fraud and money laundering. Even with biometrics, money launderers will attempt synthetic biometrics or general hacking.

Still, with legacy players lagging and focused on traditional fraud prevention methods, advances by FinTechs will make them the less desirable adversary and push much of the challenges to the less equipped competitors.

Do customers actually want this?

Technological advances are great but only valuable if customers buy in. People are growing accustomed to mobile biometrics – from unlocking their devices with the touch of a finger to using facial or voice recognition to make purchases.

Not only are users comfortable with this type of authentication, but they also prefer it. For example, about 93% of consumers would instead use biometrics than passwords. But, again, this represents a mindset shift to methods based on who a person is, not what information they can remember.

Implementing biometrics as a security measure also helps build trust with users, especially since more than three-quarters (78%) of customers believe a mobile app with biometrics is more secure than apps without it. With that trust comes the opportunity to drive increased brand loyalty and a better user experience.

There are many innovations on the road ahead, but few stand to impact remittances – and FinTech as a whole – like biometrics. With more users, the continued proliferation of mobile devices, and the persistent threat of cybercrime, FinTechs are poised to push past banks as the preferred and most trusted custodians of consumer funds.