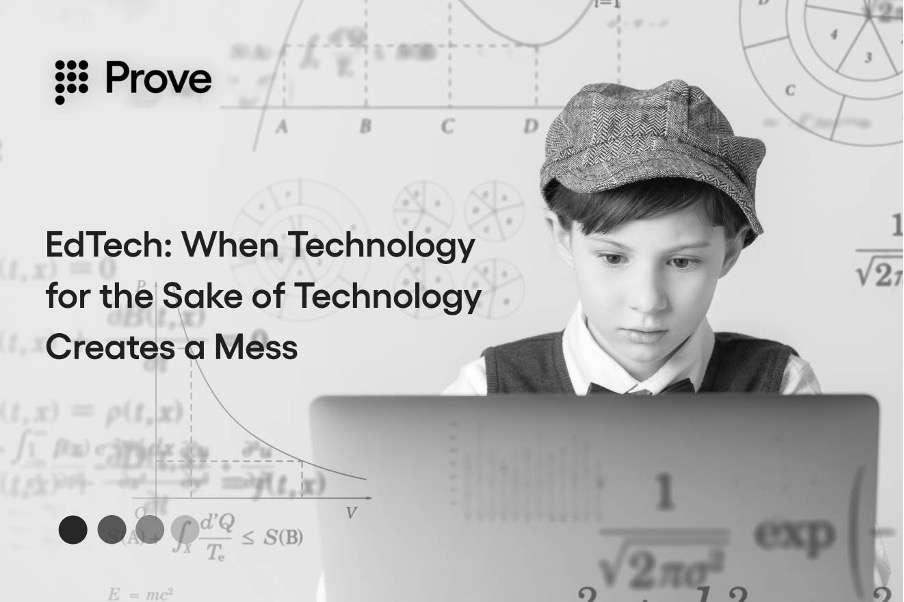 Technology is believed to be the foundation of innovative solutions across industries. Advanced machines, devices, and technological capabilities have had a significant transformative effect on the financial services industry, insurance, agriculture, politics, and more. There is, however, an industry where the impact of technology and emerged startup ecosystem has a controversial impact. Let's talk about EdTech – the emerging ecosystem of innovators applying technology in delivering education on different levels.

The opinion that EdTech is the next FinTech may be widely shared as it towers on the estimated scale of the industry – the education market is valued at approximately $4.5 to $5 trillion per annum – and on the fact that the education and learning technology sector contributes billions to economies. Moreover, TC even suggests that “EdTech is poised to be the biggest and possibly (the) most profitable digitalized sector yet.”

Indeed, the positive impact of technology on the efficiency of the educational process is undeniable. Moreover, educational software powered with machine learning AI can do wonders in tailoring the process to individual needs and packing a lengthy class into a couple of hours of online tutorials. And if it were like packing one whole day of 100 human workers in a field of corn into two hours of an efficient machine performing the same work, it would be a different conversation.

In education, speaking of efficiency and savings (e.g., lesser human teachers required) does not hold the exact meaning of innovation and disruption because, in the industry that defines the future of every nation, it is about the quality of the process and content than about efficiency.

Last year, at the International Society of Technology in Education (ISTE) conference in Philadelphia, Soledad O'Brien, an American broadcast journalist and executive producer said, "I might be in the wrong room to say this, but I think technology for technology's sake is a complete waste.

"The introduction of computers into schools was supposed to improve academic achievement and alter how teachers taught," said Stanford University education professor Larry Cuban. "Neither has occurred."

In support of similar thought, UK educator Lord Jim Knight commented that technology is a powerful tool, but often it's not seamlessly integrated into the classroom experience. "The thing that makes a difference is teachers," Knight said, as EdTech magazine reported.

It is not the technology itself that can be harmful to education; it is an inappropriate application of it. Unfortunately, technology now is seen as a replacement for a human teacher rather than a tool to enhance the educational process and the quality. The exaggerated importance of the device and its software for education puts a teacher in the position of device administrator rather than a ‘transmitter’ of knowledge. Digitization of educational materials creates a need for devices, but what is the core difference in the knowledge then? Changing the means via which the same knowledge is passed does not enhance the quality of the knowledge; it simply creates an extra expense account for the educational facility to purchase devices.

Education consultant and commentator Alan November recently had an engaging and insightful interview with Director of Secondary Curriculum, Instruction, and Assessment for the Houston Independent School District Mike Dorsey, where November said that the EdTech industry had created a mess. While explaining the meaning of those words, November cited the book of Shoshana Zuboff, called In The Age of the Smart Machine, saying that “merely adding technology to the environment without processes can only lead to the incremental improvement, at best.”

What Zuboff argues in her book is that you will not get any improvement in the quality of work if you don’t redefine the work or change processes. For example, if you have thousands of questions in Khan Academy, but they’re the same questions we’ve always asked in Algebra class, there’s no change in the design of the work. But if every kid can get immediate feedback on their answers, November said that’s a change in process.

Mid-March this year, The Washington Post published an interesting piece by Alfie Kohn, author of 14 books on education, parenting, and human behavior, called The overselling of EdTech, where Kohn relies on similar arguments to attempt to demystify the hype over EdTech and its importance.

Three heavy stones have been thrown into the green garden of EdTech by Kohn based on research:

Kohn believes that the main question to answer when it comes to applying technology in schools’ educational process is: “What kinds of learning should be taking place in those schools?

“If we favor an approach by which students actively construct meaning, an interactive process that involves a deep understanding of ideas and emerges from the interests and questions of the learners themselves, well, then we’d be open to the kinds of technology that truly support this kind of inquiry. Show me something that helps kids create, design, produce, construct—and I’m on board.

“Show me something that helps them make things collaboratively (rather than just on their own), and I’m even more interested—although it’s important to keep in mind that meaningful learning never requires technology, so even here we should object whenever we’re told that software (or a device with a screen) is essential.”