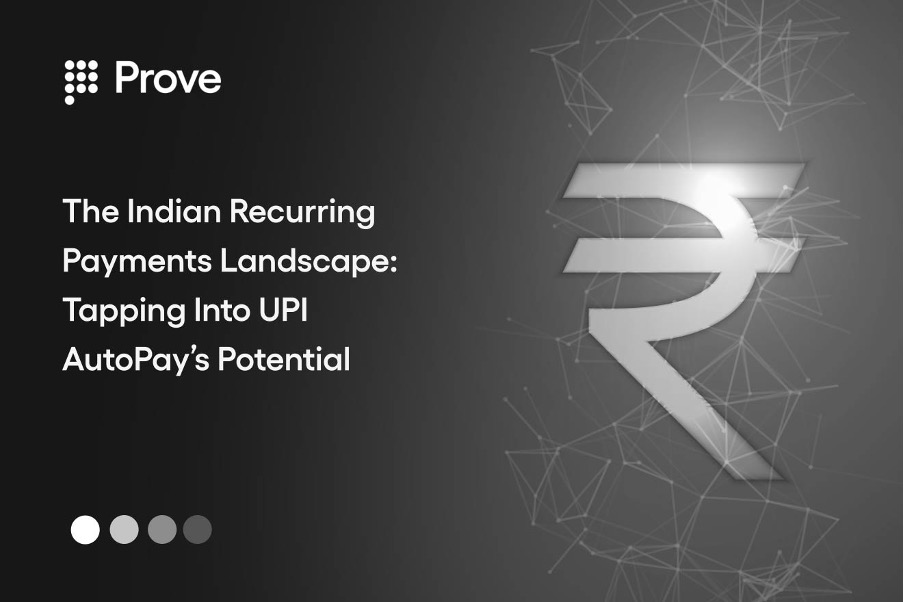 AutoPay’s advantages, for instance, include its usability for say e-commerce/OTT subscriptions, for which an existing solution like NACH was unsuitable. Nevertheless, some steps can help further tap into AutoPay’s potential (and also other recurring payment solutions) in the mainstream payments process—firstly, to ease the AFA value cap of INR 2000, and secondly, to enable on-demand aggregator payments via mandates. This opens a new segment of recurring payments beyond the traditional ones- like loan installments, mutual fund payments, utility bill payments, etc.

Recurring payments have advantages, such as frictionless, unmissed payments for consumers, or predictable cash flow and growth for merchants. Initial mandate facilities include the RBI’s Electronic Clearing Service or ECS, a paper-based mandate system introduced in 1994, now consolidated via the NPCI’s National Automated Clearing House (‘NACH’) service since 2013. Fundamentally designed for business use (like corporates, banks, and government bodies), their high mandate limits (ECS: none, NACH: INR 1 crore) are a significant advantage. Moreover, while the mandate creation process is lengthy and cumbersome, it is more secure, with additional merchant protection via treating a failed mandate on par with a dishonored check legally.

The delayed mandate creation (ECS: 30 days, NACH: 10 days), however, restricts the system’s primary utility to where this time lag is manageable, like the lending industry. eNACH, with its e-mandates, brought some relief in 2016, reducing mandate creation to 1–2 days. This allowed API based e-authentication via debit cards (DCs)/net banking (NB), making eNACH popular for SIPs, bills, rent, loan/insurance payments, and more, within the (recently enhanced) INR 10 lakh cap. eSign based e-mandates, revived now post their 2018 suspension, have other advantages like greater reach, particularly remote areas where Aadhaar has deeper penetration (Aadhaar holders amount to 1.2 billion), and easier consent flow. However, these remain capped at INR 1 lakh (0.1 million) and are priced 5–6 times more than NACH mandates.

However, neither system met the demand for instant subscriptions for services like e-commerce, OTT, and ‘as-a-service’ packages. These require instant payment (and mandate) confirmation, often to facilitate instant delivery/consumption of the goods/services purchased. An initial solution came via card-based standing instructions (SIs), enabled on Visa/Mastercard rails by card networks and banks. Being instant and also accessible from a consumer’s perspective, who can create them directly, these are popular here. Banks also permit ‘intra-bank’ SIs for account-holders, which could not scale beyond major banks and large billers, due to cumbersome registration processes like separate registration (open an account) for each merchant with each bank. Interestingly, the intra-bank biller registration model seems to have now evolved into the BBPS architecture, which creates a nodal entity for bank agnostic biller onboarding (instead of each bank) and offers these billers access to customer touchpoints (instead of internet banking accounts).

Card-based SIs are limited by their availability primarily on credit cards (CCs), given the lower number of CCs in circulation (CCs: 57 million, DCs: 829 million as of April 2020). A wider range of subscription modes can drive digital payments growth, leading to the RBI framework enabling e-mandates on other digital payments systems last year, initially for cards and prepaid payment instruments (m-wallets) (the ‘RBI Mandate Notification,’ the ‘framework’). On cards, the pre-existing SI facility meant the implementation of card-based ‘mandates’ additionally is low. The primary benefit instead is an official AFA relaxation up to INR 2000, given the legally ambiguous relaxation in the practice of the AFA for SIs.

Turning to other existing payment systems, recurring payments are primarily utilized for C2B payments, whereas other systems like RTGS, NEFT, IMPS, etc., work primarily for B2B and P2P payments. Extending the framework to these would thus be of limited benefit. The bigger promise is for future payment systems, say by a future Umbrella Entity, which will have a ready framework to enable recurring payments on them.

Currently, the biggest promise is thus for UPI, reportedly the most preferred payment system in India now in terms of volume, showing a near doubling of transaction volumes from 672 million in early 2019 to 1,497 million this July. The framework was extended to UPI this January and was finally operationalized with AutoPay’s recent launch. UPI 2.0's launch in August 2018 without this feature greatly disappointed the industry, despite its one-time mandate facility—a feature similar to pre-authorization on cards, often used for one-time advance purchases such as hotel room/flight bookings, rent payments, gifting (corporate), security deposits, etc.

AutoPay now combines the two facilities: allowing mandates one-time (which the RBI Mandate Notification itself does not allow) and for periodic frequencies (daily, weekly, fortnightly, monthly, bi-monthly, quarterly, half-yearly, and yearly). In line with the RBI Mandate Notification, the mandates are instant, needing the UPI PIN for mandate creation/modification/revocation, for the first payment, and for subsequent payments above INR 2000. Mandate creation can be via UPI ID, QR scan, or even UPI Links.

AutoPay’s key advantage is its consumer focus (unlike say NACH), being a popular, instant, and easily accessible mandate choice. It allows merchants to expand from current instant subscription options of CC SIs, allowing widespread mandate creation from easily accessible UPI apps. Common uses will be OTT subscriptions, mutual funds, EMI collections, insurance payments, and CC bill payments. Other features also reflect this facility’s consumer-friendly nature, such as that they can manage (create/approve/modify/pause/revoke) and view all current and past mandates directly from their UPI app. This feature is, in fact, unique to AutoPay, unlike both SIs and NACH, that don’t facilitate direct modification/revocation by customers (requiring them to approach their banks), or viewing of all existing/past mandates from one place.

AutoPay vs. Other Recurring Payment Solutions

Even with higher value mandates needing the UPI PIN, merchants and consumers will have to weigh the benefits of the easy and instant mandate creation via AutoPay versus no AFA on NACH/eNACH. The comparison is, of course, limited to UPI’s overall value limit of INR 1–2 lakhs (depending on the payment category), with NACH/eNACH being better suited for even higher value payments. Interestingly, businesses generally see a much larger number of transactions (recurring or otherwise) of a value below INR 1 lakh, unlike the INR 1–10 lakh range.

Next, NACH and other mandates place the transaction risk on the merchant, which assumes significance in cases of loan disbursal or upfront delivery of products/services. NACH’s additional merchant protection creates a legal, actionable obligation to pay, making these preferable for higher value mandates, compared to say SIs (where action under internal policies rarely goes beyond cancellation of mandates and imposing SI failed fees). Even the RBI Mandate Notification includes dispute resolution and customer grievance redressal mechanisms for disputed debits, chargebacks, etc., but is silent on failed mandates.

Taking CC SIs, these benefit from enabling credit access, though linking of overdraft accounts with UPI 2.0, may perhaps allow credit based recurring payments there too.

The chart below illustrates the key features of mandate choices for users to pick the best-suited system:

The RBI’s new framework is welcome for its broad scope, but certain steps can take it further. A use case collectively demonstrating the steps is payments on various aggregators, e-commerce platforms, etc., operating today (the aggregator use case). Taxis on Uber, groceries from BigBasket, food orders from Swiggy, healthcare services from Practo—arguably all involve recurring payments (and not ‘once-only’ payments), albeit of differing values and frequency. The payments here, for instance, go not to the individual seller/service provider directly (which would be ‘once-only’ discretionary payments), but often to the aggregator first, creating a new category of ‘recurring discretionary payments.’

The increasing number and popularity of aggregators indicate the huge potential of mandate-based payments here. Under the RBI Mandate Notification, while variable values are expressly permitted, variable frequencies and individual transaction values meet with several hindrances.

First, the legality of payments of an ‘on-demand’ frequency within this framework is ambiguous, even though enabling them technically is not a challenge. Though the RBI Mandate Notification itself does not expressly prohibit non-periodic payments (only ‘once-only’ payments are expressly prohibited), the RBI 2019–2021 Vision Document, which led to the framework’s introduction, spoke of automating ‘periodically recurring, non-discretionary payments.’ The framework’s requirement for 24-hour pre-transaction notifications also supports its non-usability for discretionary payments. In the aggregator use case, for instance, compliance would necessitate a cumbersome process of sharing only the notification on completion of the purchase, the actual payment being effected only after 24 hours. Lastly, the NPCI Press Release for AutoPay itself specifies only one-time and other periodic payments.

Second, the AFA relaxation cap introduces friction into the payment experience, restricting the utility of this framework. The scheme affects other possible uses of a typically higher value, like loan repayments, insurance premium payments, SaaS fee payments, salary disbursements, etc. The issue equally affects the scheme’s primary target: lower value and consumer-based transactions. For instance, groceries app Grofers reported an average order value of INR 2160 in April this year. Even outside of the aggregator use case, the average SIP size last year, for example, was INR 2900.

The demand to relax the AFA cap for other transactions (card-based contactless payments, CNP transactions, etc., capped at INR 2000) to INR 5000 to begin with, thus applies equally here. Next, permitting payments of the on-demand frequency and relaxing the 24-hour pre-transaction notification (allowing a customer the discretion to opt-out of the notification requirement, for instance) will help. Furthermore, since the fundamental aim is to mitigate risk, alternative, less intrusive safeguards can be introduced. For on-demand mandates, for instance, issuer-introduced velocity checks and other features can be supported by whitelisting aggregators and other merchants who can provide the facility. Customers can also be allowed the flexibility to set limits on the number of debits a given merchant can make (currently, they can set transaction caps for variable value mandates).

Payment gateways are seeing a distribution of online payments of CCs at 30%, DCs/NB at 40%, and UPI at 20%, indicating that despite UPI’s higher use overall, there is still scope for growth in online C2B payments. The popularity of CCs can be attributed to credit access, DC/NB to familiarity & distribution, and UPI to the growing ease of use. Some steps can greatly increase the potential of AutoPay, like enabling on-demand mandates, relaxing the AFA cap further, or protecting merchants from failed mandates. For eNACH bringing in instant mandates is an important step to increase its efficiency. Overall, there is clear scope for all existing solutions—NACH, SIs, and AutoPay—and in particular, for an integrated mandate solution, allowing merchants and consumers alike to choose the mode most relevant to them.