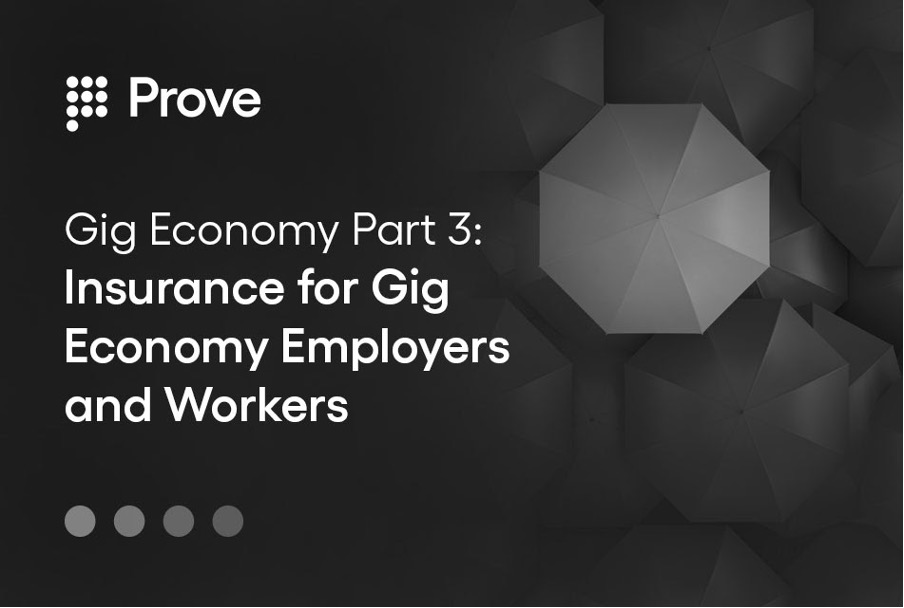 The number of people employed in the gig economy is increasing, and the current COVID-19 mayhem in the transitional job market will only serve as the fuel for these numbers to surge. The question is: is this gig economy ready to look after the financial well-being of its workers? One of the elements of financial well-being is finding adequate insurance for the gig workers. Hence, in part 3 of the series of articles on the gig economy, we focus on insurance solutions.

The gig economy refers to the marketplace of temporary short-term jobs, which brings flexibility and adaptability to those working in it. The rise of the gig economy has brought an increasing number of workers ranging from food delivery riders to freelance consultants. This has been one of the most drastic shifts in the labor market in recent years and has essentially provided a new meaning to work and what it means for the labor force, labor rights, and labor protections. This is where insurance comes into play, where it can help protect the workers in the gig economy.

Challenges in insuring the gig economy

In contrast to traditional full-time employment, the gig economy does not provide benefits and protections such as life/health insurance, unemployment insurance, paid vacation, and minimum wage protections. Gig workers may be exposed to greater vulnerabilities than traditional employees as employers do not typically cover them. Furthermore, gig workers may not be sufficiently aware of the risks they face, further decreasing the likelihood of getting insured. For example, personal liability insurance may have loopholes when covering certain accidents and coverage. In some instances where some ride-sharing platforms do provide such insurance, it may not be robust and commensurate to protect gig employees from liabilities and damages. The vulnerability and exposure to unforeseen and dangerous situations faced by those delivery workers further enforce the importance of having medical and insurance coverage. Temporary incapacity benefits should also be given to protect gig workers from facing financial difficulties if they cannot work temporarily. Besides, skilled freelancers also face other issues contributing to general liability when engaging with customers. Most freelancers do not get such coverage as it is too expensive to maintain.

Traditional insurers face challenges like policy pricing based on lengthy historical loss information, legacy systems, and complex organizational structures that are not able to adapt to the developments in the gig economy. In addition, a generalized insurance policy with its lengthy claim process hinders gig workers from seeing the value of taking up insurance. To better protect the gig economy workers, the insurance industry is up for lucrative opportunities to cater to this segment of the labor market. Tailored insurance policies, new insurance operating models, and seamless & flexible insurance products may be the answer to their needs.

InsurTech to the rescue

The need for speedy, frictionless, flexible, and short-term coverage by individual gig workers can be answered by the rise of InsurTech. The existence of InsurTech with the utilization of digital on-demand policies can better tap into the needs of gig workers. They have leveraged their state-of-the-art platform enabled by sophisticated algorithms and artificial intelligence to remove the hassle in the traditional underwriting process essentially and outdated legacy systems. This will provide gig workers with the superb customer experience, seamless claim procedures, and on-demand coverage they desperately need. Gig workers can gain an advantage with flexible pay-as-you-go and on-demand insurance policies based on behaviors and the contemporary needs of the worker.

InsurTechs typically have to lower operating costs as their value proposition is built around their digital and lean operating models. InShared has shown that this is possible in the Netherlands, where they have grown significantly in a saturated market while keeping staff and costs to a minimum. To increase connectivity, InsurTechs, such as digital brokers Knip and Clark, are using AI and bots to provide robo-advice through a digital customer interface with digital distribution. Besides, InsurTechs are able to offer personalized products based on usage or value-added services to target their customers better. Cuvva allows customers to buy hourly car insurance on-demand using their mobile phones. With access to diverse data sources, including telematics from installed boxes and smartphone apps, InsurTechs are applying machine-learning techniques to offer innovative, personalized products and services. Metromile, for example, offers pay-per-mile auto insurance to low-mileage drivers in some US states. FitSense allows life and health insurers to use data from wearable technology in underwriting, pricing, and claims handling.

One of the gig economy-focused insurance players is Zego. Zego was founded in 2016 with the specific purpose of catering to gig workers. Partnerships with major gig economy players, including Uber, Deliveroo, and Quiqup, meant that in mid-2019, Zego insured about a third of the UK’s food delivery market. In June 2019, it was announced that the company had raised $42 million in Series B funding, of which a large portion will be directed toward international expansion.

Similarly, London-based on-demand insurance provider Tapoly is focused on the short-term insurance needs of gig workers. In an interview held in 2019, the CEO of Tapoly had highlighted that “the number of gig workers is expected to reach 1.4 billion globally by 2025, with estimated insurance premiums of £280 billion. In the UK alone, the sharing economy today is worth £8 billion and is projected to reach £140 billion in 2025.”

Insurance in the platform model

An employer platform such as Upwork, Uber, etc., could provide general insurance cover by collaborating with insurance and InsurTech companies to develop insurance packages for every worker. This can be achieved with a standardized process, universal coverage, and high quality of service by working with a partner with centralized and scalable operational services. It would remove a significant hurdle for aspiring gig workers and even create a competitive edge over other platforms. Between such collaboration, gig workers can work with employer platforms and insurance companies to develop personalized insurance products specific to each worker. Insurance companies can also deploy big data and data analytics into the employer platform to account for the multiplicity of information about the nature of the work, probability of damages or injuries, and background of each gig worker.

The rise of the gig economy has not always been bright as jurisdictions around the world are still pondering on the legal status of gig workers and their subjectivity to labor regulations. However, this has not been viewed as negative by gig workers, and a significant number of labor forces are pouring into the gig economy. Undoubtedly, the insurance industry will transform along such trends to better insure gig workers. The next giant leap should be when health insurance, retirement plans, and benefits like stock options and grants become “portable” and non-exclusive to traditional employment, opening the doors to the gig market. This might, in some cases, already be beginning to happen among major players like Airbnb and Uber, and some larger insurers are moving forward by trying to attract a broader section of society, including non-salaried segments with simple, monthly, and flexible insurance plans.