Is Bitcoin-Related Fraud Ever Going to End? 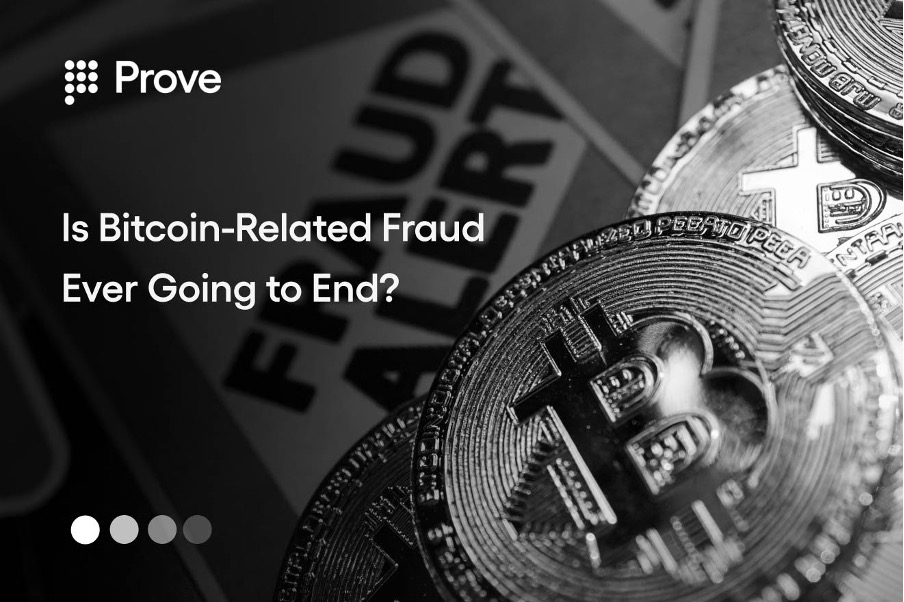 If you happen to be pro-bitcoin, there is no reason to get alerted. Fraud is not a biased matter, and fraudsters do not target cryptocurrency in particular just to sink bitcoin itself and put an end to the era of the cryptocurrency.

Whether as coincidence or direct relation to properties of the cryptocurrency, we can’t help but notice that along with successful cases of bitcoin adoption and use, there are also cases of misuse and bitcoin-related fraud leading to questions about the proper regulation or even shift to the next big thing (maybe ETH?). There is no particular industry or type of fraud facilitated by bitcoin, but the cryptocurrency indeed finds itself in quite puzzling situations. From a one-person LSD shop working on bitcoin being busted or dark web drug marketplaces from Norway to governments noticing bitcoin in relation to AML policies, cases vary. Still, bitcoin is somehow involved in a range of them. Some bright entrepreneurs have even built sustainable networks and made millions on bitcoin-based drug businesses (until they get locked up in prison for 17 years, of course).

It’s been almost five months into 2016, and there are already quite a few instances of criminal activities related to bitcoin. In fact, just recently, three guardsmen from the District of Columbia Army National Guard were indicted on charges arising from a scheme to use bitcoin to buy stolen credit and debit card numbers from foreign websites, re-encode cards issued in their names with those stolen numbers, and then fraudulently purchase items at Army and Air Force Exchange Service (AAFES) stores on military bases and elsewhere for use and resale.

Pawan Duggal, an advisor on cyber laws, recently commented on the popularity of bitcoin in criminal circles, saying, “Bitcoin was introduced to the public in 2008, but due to its features, it is now majorly used in criminal activities. It became more dangerous when users started using it through the darknet, which can only be accessed by specialized software.”

Law enforcement officers in Delhi have noticed bitcoin becoming the preferred choice in illegal transactions, as The Daily Mail reports.

“Bitcoin currency transactions need monitoring as this method of sending money to any part of the world is being used by criminal syndicates, including organized prostitution, involving fat deals. It has been noticed that people involved in prostitution are sending money from abroad through bitcoin to various parts of Mumbai, Delhi, etc.”

Criminals download and use special software that bypasses PAN card details for transactions, making them untraceable. Recently, Bengaluru Police reportedly found a trail of bitcoins used to buy drugs from a dark site.

Earlier in May, the chairman of the Digital Bitcoin Company was arrested on charges of fraud over a loss of more than $306,000 in fraud losses to 49 customers in one month. It appears that the Digital Bitcoin Company’s chairman has been involved in fraud schemes before. The chairman set up the company in June 2014. In January 2015, he falsely claimed that major market players wanted to buy bitcoins at a high price, thereby attracting many customers to buy bitcoins for alleged margin trading speculation. He altered the company's server settings and turned his customers' bitcoins into his own. He then publicly claimed that his company was being hacked online and shut down his operations.

While not a recent scandal, the Tokyo-based Mt. Gox bitcoin exchange scam story is about to blossom this year in the form of strict regulations. In 2014, the company filed for bankruptcy, declaring that 750,000 customer bitcoins and another 100,000 belonging to the exchange were stolen due to a software security flaw. The lost funds were equivalent to $480 million at that time. Moreover, the company also declared that more than $27 million went missing from its Japanese bank accounts. In February this year, another bitcoin exchange, Kraken, announced significant progress in investigating the claims of Mt. Gox’s creditors. The company is handing out millions of dollars in virtual currency to some of those who lost out at the hands of Mt. Gox.

One of the governments from the other continent also recently decided to put some pressure on bitcoin. Ghana’s Financial Intelligence Centre stated that virtual markets and virtual currencies such as bitcoin and kitiwa is a severe risk to the country’s security. Based on available international records, the government found that Ghana funded insurgencies. With this assessment, the Center is now working to make Ghana the first country in West Africa to publish its national risk assessment. Although an increasing number of African countries are moving towards electronic transactions with the growing use of bitcoin, in particular, official statements that tie various electronic payment platforms including bitcoin, to money laundering and terrorism financing create doubts over the disruptive tendency of the digital currency.

Another unpleasant surprise hit bitcoin a day ago when Spanish police announced the arrest of 30 people suspected of illegally distributing pay television content and laundering the proceeds by investing in bitcoin "mining" centers for processing transactions in the digital currency use intensive computing power to generate more bitcoins.

The arrests took place across Spain, including Madrid, Barcelona, Valencia, and Cordoba. Six bitcoin "mining" centers were seized in the raid after an investigation alongside Spain's tax office that started as a crackdown on a scheme to decode and distribute pay-TV content illegally. The proceeds were allegedly laundered through investments in banking products, luxury cars, property, and bitcoin centers.

Police authorities in Taiwan have also recently cracked down on a money-laundering ring that used bitcoin in its activities. Eight suspects were arrested at a house in northern Taoyuan City on April 28, where the ring set up its money-laundering center. As reported by the CIB, the ring allegedly helped telecommunication fraud rings by laundering their money. Using a complex process and by taking advantage of the China-based online trade platform of bitcoin currency, a digital asset, and payment system, the ring helped other phone fraud rings to secure the money they scammed from victims so that they would not be found by police authorities. Since its establishment this April, the ring had managed to launder several million renminbi, storing it in secure accounts.

Recently, a questionable move for cryptocurrency was made by one of the biggest bitcoin companies – Coinbase. Some curious people have noticed that Coinbase has changed its description from "The easiest way to buy bitcoin" to "Our mission is to create an open financial system for the world.

Just to spice things up for bitcoin even more, Fred Ehrsam, co-founder of Coinbase, shared quite an elaborative explanation of the move from a bitcoin company to a digital asset company. Moreover, Ehrsam firmly states that Ethereum is at the forefront of digital currency. As Ehrsam shared in his post two days ago, “People are doing things in Ethereum that are not possible right now in bitcoin. It has created a new generation of developers which never worked with bitcoin but are interested in Ethereum.”

“Bitcoin could have this advanced functionality, but it would be through a series of other layers that work with the bitcoin protocol that haven’t been created yet while Ethereum is providing it out of the box.”

Coinbase is not a fraud case, but maybe a sign that the foundation under bitcoin is getting a bit thinner. But, on the other hand, all those cases may only serve as a push for the improvement of bitcoin and start a new curve of growth and adoption through appropriate regulation and curation of the business community.