A Perfect Storm of Opportunity in Mobile Banking 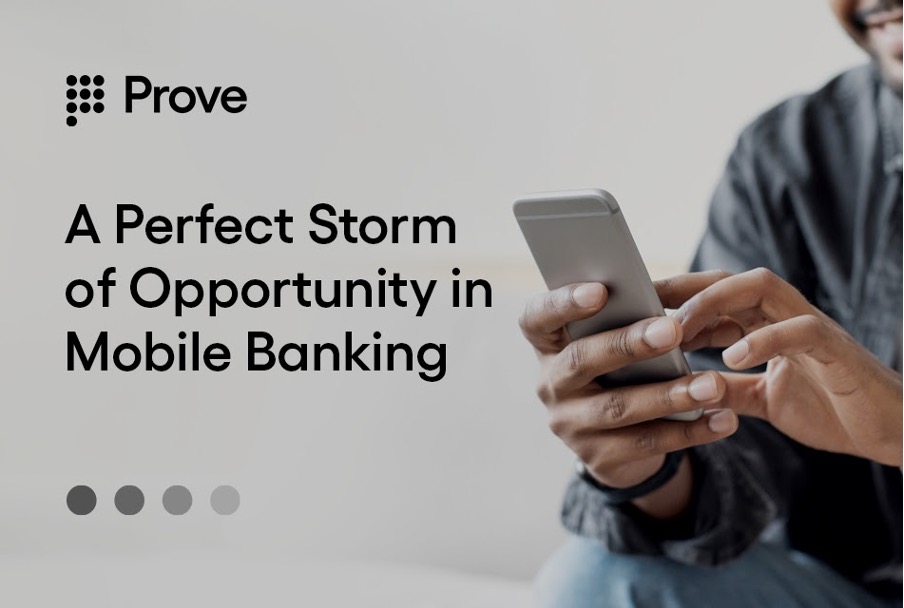 It’s been a decade since the Apple iPhone’s App Store came online, bringing with it an entirely new engagement channel for businesses, and changing how consumers everywhere interact, play, and shop.

The intervening time has seen cycle after cycle of explosive mobile fragmentation, followed by consolidation. Standalone apps launched for every possible task only to be displaced a year or so later by a feature of a more comprehensive offering (see: Facebook x 1,000 examples).

Now, a perfect storm of lowered IT costs and changing consumer tastes are putting banks in the position to play the Facebook role, for once. With the right strategy, banking providers of all sizes can now claw mobile users and engagement away from non-bank financial apps and capture more customers and revenue in the process.

When FIS first began its Performance Against Customer Expectations (PACE) study in 2014, US consumers were deeply concerned about security and generally suspicious of their banking providers.

Just four short years later, in 2018, PACE finds consumers are practically giddy about their banks’ security and privacy measures, with better than 94% of respondents saying their banks ensure transactions are safe and secure and protect the privacy of my personal information. And why wouldn’t they be, considering all the recent news about applications (Facebook, Uber, etc.) abusing user data and privacy?

When asked specifically, 48% of consumers said they trust their banks more than technology companies compared to just 3% who favored tech companies (25% trust both equally; 24% didn’t know).

The tipping point for mobile banking

Until recently, it has been primarily millennials who have been the most passionate users of mobile banking and financial apps. But looking at the FIS PACE data year over year shows that we may have hit a tipping point with overall smartphone banking penetration reaching 52% in 2018, driven primarily by Gen Xers and Baby Boomers.

Likewise, overall usage is skyrocketing with the average number of monthly smartphone banking activities across all segments more than doubling from 2.3 in 2017 to 5.0 in 2018. Generation X and Baby Boomers are again the most notable drivers of this trend.

Why is this happening now? The explanation is probably less complex than you’d think: The most significant upticks in usage and penetration have been with customers of community banks and credit unions. This is because these smaller institutions are finally rolling out (and promoting) their own mobile applications.

This highlights what must be a strategic shift in thinking for banking providers, especially smaller ones, as it is now their mobile interface – not their physical branch locations and not even their personnel – that is the face of the bank.

Consumers’ increasing preference further demonstrates this for digital self-service or the ability to control much of their own account servicing. Once a middle-of-the-road value to PACE respondents, 2018 finds that it’s now third overall and not very far behind the desires for simplicity to trust their banks.

Add it, and they will love it

But simply having (and promoting) a mobile app is not enough. The ability to check account balances, transfer money between accounts and locate an ATM is nice, but consumers want and expect to complete more complex transactions with their smartphones, from depositing checks to sending money to a friend.

This lack of functionality has driven the current fragmentation, forcing consumers to use a patchwork of apps. According to PACE, 57% of consumers regularly seek alternative financial services beyond their banks. Topping the list by a healthy amount (46%) are P2P payments, followed by wire transfers and check cashing services. These are all functions that could be done through a banking provider’s app – and with the right fund availability policies, it’s probably done on much better terms for the customer.

Let’s take P2P payments as an example. You’ve most likely heard of Zelle by now, the P2P network for bank customers. Practically overnight, it zoomed its way to $25 billion payments and 85 million transactions in Q1 2018, surpassing millennial darling Venmo ($12 billion) and nearly matching PayPal ($30 billion, which includes point of sale) respectively. Think about it: That’s 85 million interactions that financial institutions have clawed back. That’s 85 million times a bank’s app was opened, that a bank’s logo was seen, that a bank drove a positive customer engagement. That’s powerful.

Things like mobile wallets, P2P payments, mobile check deposits, card controls, even investments – are all features that can be easily and quickly added to a bank’s mobile app. Better yet, these are all opportunities for banking providers to capture and drive customer engagement, building the affinity that rewards the bank when a customer needs a new financial product in the future.

All of this used to be dismissed as territory for the big banks, with their massive budgets and development teams. But most banking apps – those put out by community banks and credit unions – are products of vendors or technology partnerships. The buy vs. build argument isn’t even an argument anymore, as the costs and requirements for these projects continue to fall.

It is now easier than ever for smaller banking providers to offer the same digital capabilities that were once only the domain of big banks. Given consumers’ hunger for mobile payments and integrated financial services from a trusted provider, banking providers have never had a greater opportunity to capture the op of phone status with their customers, young and old, established and new.