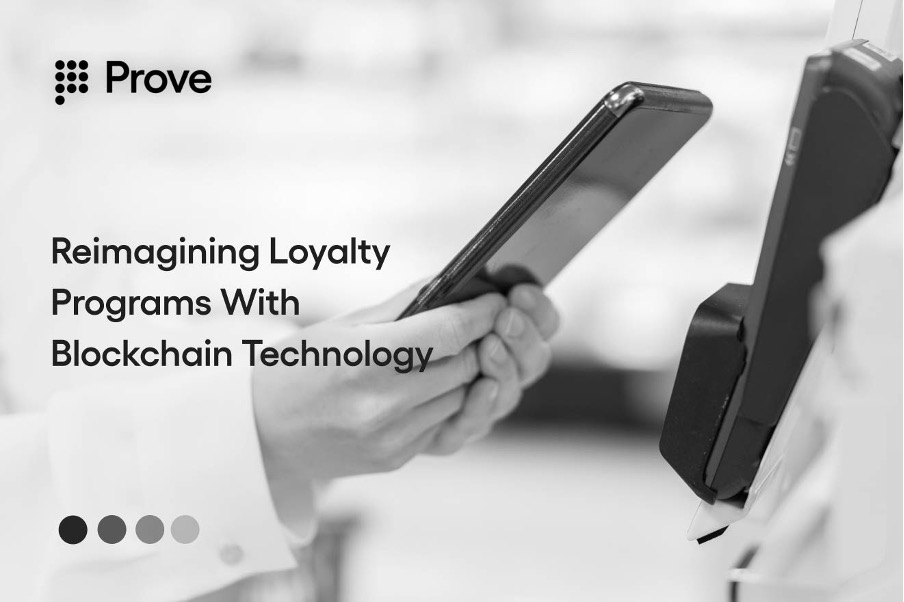 "Loyal customers are one of the primary drivers of any for-profit business. By building loyalty rewards programs, companies aim to heighten the customer experience," said Kenny M. Smith, Financial Services Industry Leader, and Eric Piscini, Principal of Banking and Technology Consulting at Deloitte.

While some companies are at the top of the loyalty pyramid (GameStop, Amazon, Costco), other businesses struggle to engage with customers in a meaningful way due to various reasons – complexity of the signup process being one of the most repelling. In addition, data suggests that 70% of consumers do not sign up for a loyalty program due to the inconvenience and time required to complete registration. However, the good news is that 57% of brands are reported to have plans to increase loyalty program budgets in 2017.

While most companies are looking at loyalty programs as a business case to solve, technology companies are looking to reimagine the understanding of the technology that should be behind a perfect loyalty program. Players like Loyyal (a universal loyalty platform leveraging blockchain technology to increase efficiency and improve engagement for commerce and beyond), China UnionPay + IBM (developing a blockchain-based system for trading loyalty points), Royal Bank of Canada (exploring blockchain loyalty program), Ribbit (world’s first blockchain-based rewards program) and Blockpoint (allows to build distributed loyalty platform) have been working on the next generation of loyalty solutions powered by blockchain technology.

Some of the reasons we should be looking closely at companies and initiatives around blockchain-based loyalty have been recently outlined in a report called Making Blockchain Real for Customer Loyalty Rewards Programs by Deloitte.

Why is distributed ledger technology believed to be the future of loyalty solutions?

Probably the most compelling reason blockchain is one of the hottest technologies to be tested in application to various business cases is its cost-efficiency. For example, loyalty programs are extremely expensive to develop, implement, and maintain. In 2014, companies spent $2 billion on loyalty programs in the United States.

Another important implication of blockchain-based loyalty solutions is quite opposite to the nature of technology. Distributed ledger technology’s hallmark is the fact that it is distributed, which with loyalty programs, the goal is to centralize the customer’s loyalty programs. Loyalty providers decide how and with whom the customer uses these rewards, but from a consumer perspective, his/her ability to access and manage them is practically frictionless.

Characterizing the market, Jeff Berry, COLLOQUY Research Director, commented, “Think of the US loyalty market in terms of a crowded party where half of the party-goers are standing in the corner without mingling. Companies and brands that understand the key touchpoints in the relationship, pay attention to how best customers respond and optimize the overall experience can turn the party up so that people will join in the fun and never want to leave.”

“From the consumer’s perspective, a number-one want or need—especially from Millennials, for example—is the desire for more redemption options and more technology within their loyalty programs,” said Sean Dennis, Co-founder and Chief Operating Officer at Loyyal, in the interview with Skift. “Right now, the average household has 29 loyalty programs under their roof; less than half of them are active. That’s because they’re limited.”

Hence, the importance of centralizing and unifying the experience with loyalty solutions is one of the most important benefits of applying distributed ledger technology. As explained in the report by Deloitte, blockchain will allow secure and immediate redemption, creation, and exchange of loyalty reward points across vendors, programs, and industries via a trustless environment by use of cryptographic proofs rather than third parties. An online protocol, programmed building blocks, and smart contracts give blockchain technology the ability to act without intermediaries.

Security is not expected to be a problem as blockchain offers a tamper-proof and time-stamped distributed database of every single transaction ever made, making each transaction and its record easily traceable, but also rendering them irreversible, preventing double spending, fraud, abuse, and any other type of manipulation of the transactions.

How would a blockchain-based loyalty solution work?

The general idea of how a blockchain-based loyalty network would ‘look’ comes from the benefits described above. But at this point, only real-time interoperability seems to be the biggest achievement; companies – to some extent – lose control over proprietary data, which they have in closed-loop solutions. So another question here is whether the ecosystem is working on a public or private blockchain. And in which case does the implementation of distributed ledger technology carry a business value?

Does blockchain carry a business value?

At this point, the question would seem to be answered. But some professionals see important nuances in the concept of building loyalty solutions on blockchain technology. A thoughtful analysis of some important hallmarks of the blockchain-powered loyalty ecosystem has been recently given in an article called On Loyalty Point Schemes and Blockchains, written by Anthony Lewis, Director of R3 Lab & Research Centre in Singapore. As the author suggests, if technology can make starting and running a loyalty points system cheaper, easier, more secure, and better visibility over points issuance and redemption, this is useful.

However, the author also points out that interoperability with other loyalty programs and the ability to convert points between programs has been explored pre-blockchain. In other words, blockchain does not solve the problem of centralization itself – companies can reach it by ‘manual’ collaboration as they do now.

To answer the question of whether to build a loyalty solution on a public or private blockchain, it's important to assess the level of control companies want to have over customer data and activities as well as security/privacy issues that always arise with every additional participant of the network.

Lewis addresses the question, saying, “Companies don’t want to lose the most valuable asset: data on individuals and their spending habits. They presumably want the ability to censor and unwind transactions should they detect any bad behavior. So the key defining features of public blockchains (including censorship-resistance) are, therefore, not useful here.”

"What about a private blockchain? For a group of companies participating in a loyalty scheme, I can imagine that storing the data on a blockchain on which they all have access may be useful as the single source of truth about the order of events.”