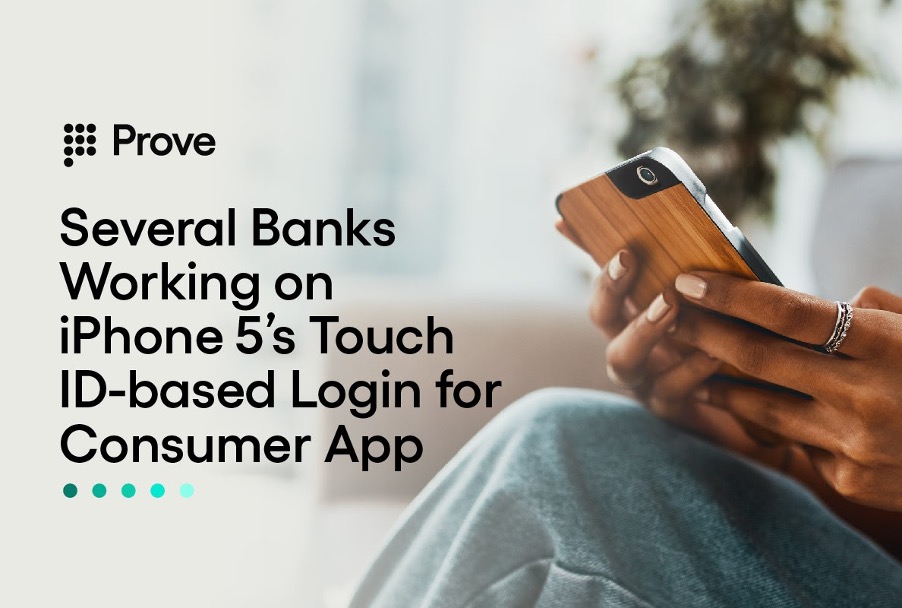 During its WWDC event in June, Apple announced it would open up the Touch ID fingerprint sensor to third-party app developers. The keynote also featured a demonstration of Touch ID in Mint, a personal finance management app. Touch ID was earlier limited to App Store & iTunes purchases and unlocking the device.

The announcement caught the attention of banks. We can now expect Touch ID to be used for accessing mobile banking services. Banking app developers can now work with Apple to create apps that will enable users to log in to an account using the fingerprint sensor. Touch ID  could also act as an add-on layer to previous login methods. Some banks have already started working on integrating Touch ID and have wasted no time adding fingerprint technology to their mobile banking apps.

St. George is rolling out its updated mobile banking app integrated with Touch ID. The biometric-log-in-enabled app would be the first of its kind in Australia. The new built-in feature in the app would enable customers to choose an option on the app’s home screen to use Touch ID to log in to internet banking. The bank would further expand the Touch ID feature to enable in-app services such as checking account balances, transferring money, and carrying out transactions. The bank says customer credentials will not be stored on the phone.

“More than 90,000 St. George customers will be able to leverage the feature in the upgraded app. This initiative follows a number of advancements in technology led by St. George, including the launch of mobile banking on smartwatches earlier this year and the development of a banking application for Google Glass, which will be ready when the glasses are launched,” said St. George CEO George Frazis. It’s difficult to respond when a disruptor has entered the market. You have to be at the forefront.

Here is an illustration showing a glimpse of Touch ID on the bank’s mobile app:

“We have seen a 350% increase in the number of customers doing their banking on mobile devices since we launched our app in 2009, that’s why the launch of Touch ID for mobile banking is such an important advancement for mobile banking and for the industry more broadly,” said Dhiren Kulkami, St. George’s CIO.

Tangerine was the first online bank to introduce fingerprint-recognition technology back in 2000, using specialized hardware. But the authentication system back then was not for mobile banking, and the fingerprint scanner required a separate piece of hardware along with some complex installation procedures. The bank already has pilot programs using voice and facial recognition, and its developers have already begun working on integrating Touch ID into the bank’s mobile app.

The opening of Touch ID to third-party app developers is a big step toward bringing biometric authentication into the mainstream, says Charaka Kithulegoda, Tangerine Bank’s CIO. Having people comfortable with biometrics was always a hurdle, and Apple did a great job introducing it and getting their end users to use it. Today, mobile devices give us a platform where all inputs, including a fingerprint scanner, camera, and microphone, are nicely integrated and accessible by applications.

The bank updated its app in June, bringing in loads of new features, and it is looking forward to integrating Touch ID in future iterations of the app. Bank of America says it is working hard to make its app a one-stop-shop for the average user’s every banking need. The bank’s developer team is closely following customer suggestions in evolving the mobile app. The bank is working with established consortiums to gain emerging capabilities, such as Touch ID integration.

Hari Gopalkrishnan, Bank of America’s e-commerce, architecture, and segment-technology executive, said to Ian Kar of Bank Innovation, “Authentication is something that’s very important to us, as you can see by the way we’ve integrated two-factor authentication within our app. Absolutely, we recognize that there are different ways you can authenticate, and we’ve done that using tiered authentication (when the app asks for more personal information when dealing with higher-risk transactions). And of course, there are interesting new innovations that will allow us to integrate new technology, depending on our customers and if it’ll best suit their needs.”

City Bank Texas is planning to use Touch ID for internal apps it provides to employees as well as for mobile banking and financial-management apps. The bank will first enable customers to use Touch ID only to access specific information.

“Anytime you can avoid typing a lengthy username and password in a small little box, it makes the end user’s experience better,” said Jim Simpson, City Bank Texas’ CTO. “We need to be diligent in our efforts to fully test and have qualified security analysts audit the feature,” he said regarding regulators that have not yet declared Touch ID to be safe and secure.

Several other banks, such as ANZ, are also planning to use the Touch ID fingerprint technology, but they haven’t disclosed details publicly.

With the upcoming launch of the iPhone 6, which will also use the fingerprint scanner, expect more and more banks to use the technology for mobile banking services. Apple has already paved the way for banks by providing the necessary APIs for Touch ID integration. So it’s now up to banks to come up with innovative services using Touch ID.

According to a recent report, the payment-security market in the US was estimated to be worth $1.33 billion in 2013. The market has huge potential for the next generation of authentication technologies. With an enhanced focus on mobility, mobile-oriented authentication tools such as Touch ID can gain the upper hand.

To learn more about Prove’s Identity solutions and how to accelerate revenue while mitigating fraud, schedule a demo today.