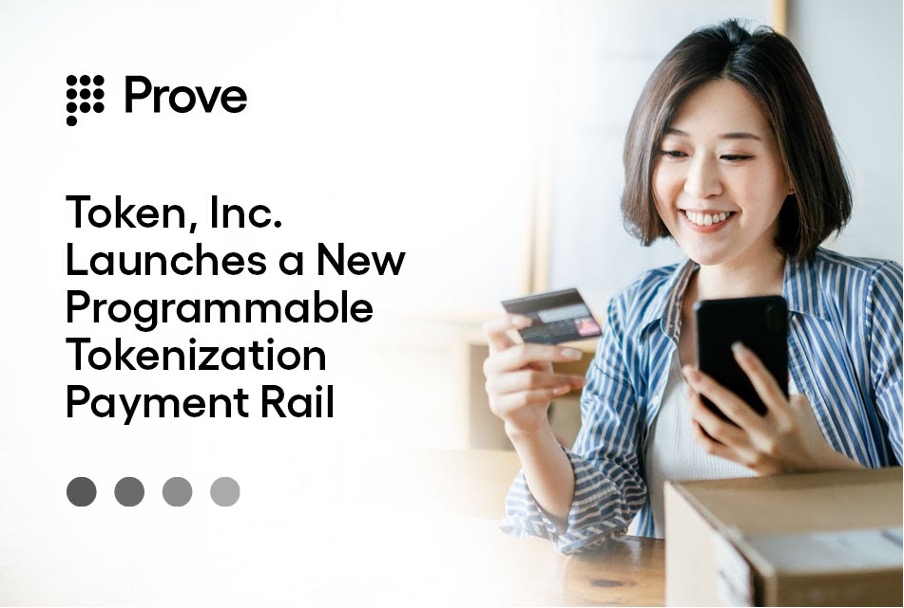 Based on proprietary and patent-pending ‘programmable tokenization’ technology, Token has created a digital payment network that empowers banks to market leadership in digital transactions. The Token platform leverages each bank’s policies and procedures and integrates with their core system APIs to provide an instant springboard into executing cryptographically secure, PSD2-compliant digital transactions.

The power of Token

Token’s platform frees banks from the ‘shared secrets’ model of transaction security where sensitive information like card numbers and usernames and passwords, or OAuth tokens, are used to authenticate users. This practice pre-dates the digital age and remains critically vulnerable to attack, yet still underpins the overwhelming majority of banking transactions, including those ‘secured’ by third-party token service providers. Instead, Token enables banks to control the entire transaction chain, issuing and redeeming payment authorizations in the form of pre-programmed ‘smart tokens.’ These can encapsulate any number of arbitrarily complex terms and conditions in accordance with the instructions of the account holder, including their exclusive assignment to individual transaction amounts, between specific parties, at precisely specified times. They can also execute callouts to external Web Services. As a result, sensitive card or account data never leaves the bank’s systems, masked or otherwise, vastly reducing the bank’s security vulnerabilities.

New revenues and the end of bank disintermediation

Given that the Token solution integrates seamlessly with each bank’s infrastructure, banks no longer have to relinquish front-end control of their customer relationships to digital payment-enabling partners. Token’s platform also enables banks to issue value-added services and retain the resultant customer profiling data ownership. These advantages benefit banks by eliminating the widely documented threat of disintermediation while providing a model that increases margins and reduces time-to-revenue for new digital services.

The team behind Token

Token was designed to meet the needs of payments in the digital age; it is a simple, powerful, extensible, and secure transaction network that enables banks to establish PSD2 compliance virtually overnight, commented Steve Kirsch, CEO, Token. Banks’ over-reliance on outdated networks and third-party service providers is not only commercially counterproductive, but it is also a data security nightmare. It’s time for a change, and the banks we are engaged with agree.

Token has raised millions of dollars from Google, Facebook, Xiaomi, Tesla, and Paysafe executives, together with two VC firms: PlugAndPlay Ventures and Digital Currency Group. Token’s integration partner is CGI. Its rules and regulations partner in the US is NACHA.

Token is engaged with many of the largest banks in the UK and Northern Europe. It works particularly closely with Nets, one of the largest digital payments specialists in the Nordics, to explore options in instant payments and PSD2. In addition, the largest consumer banks in a number of EU countries are committed to moving forward with proof of concept trials.

Token is headquartered in Silicon Valley and is quickly expanding internationally, in line with customer demand.

Token’s impressive team combines years of highly successful execution and innovation in the technology and banking sectors. Token’s CEO, Steve Kirsch, has invented several groundbreaking Internet technologies and has had multiple billion-dollar exits. Token’s CTO, Yobie Benjamin, was formerly the Global CTO at Citigroup, where he was responsible for processing quadrillions of dollars a year in payments.

Token has been recognized in the 2016 GTS Global Innovator Competition as the ‘Most disruptive company across all categories, globally,’ and is the winner of PlugAndPlay’s 2016 Fintech EXPO, which was contested by more than 1000 applicants from around the world.