Why Facebook Is a Dark Horse in the Financial Services Industry 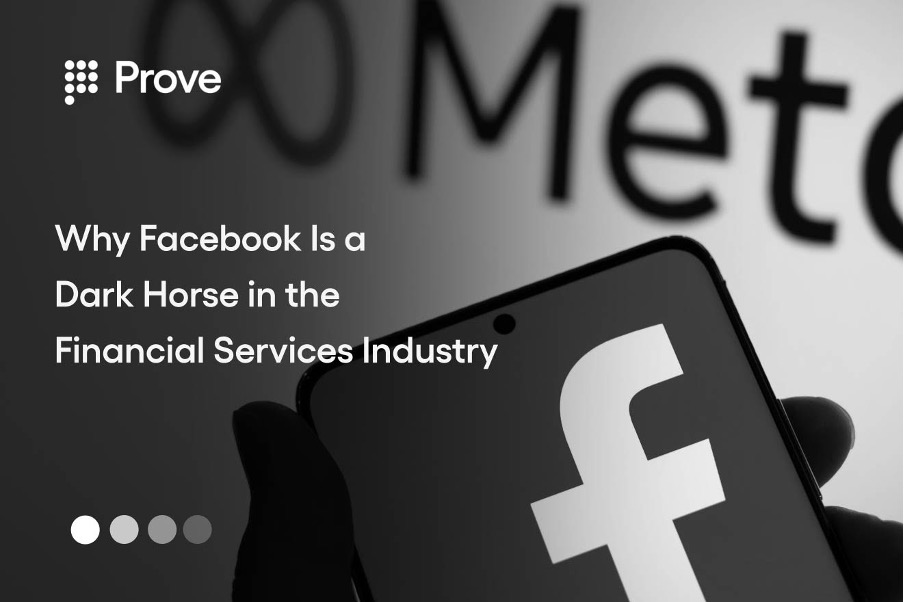 For a casual observer, the financial services industry is mostly about banks, governmental financial authorities, financial technology startups, and maybe a bit about the ecosystem facilitating the growth of those startups (incubators, accelerators, sandboxes, VCs, etc.). But for someone who looks beyond popular news releases, quite different (and often repeatedly) names pop up in the background, and those are not ‘financial’ names at all – we are talking about large technology and code-first companies that were never before considered a part of the financial services industry. Consumers know them well as technology innovators, PC/Mac makers, and social media giants.

Although well-known and quite public, in the financial space, these companies sometimes perform activities in stealth mode. For an illustrative purpose, let’s take a look at the biggest social media giant of all-time – Facebook. The company has had big plans for its Messenger App, and professionals across industries started paying closer attention to the ever-expanding commercial capabilities of a former chat app.

When did Facebook start its journey toward a grand plan, and why did it become important now?

One of the reasons some believe we started hearing more about the Messenger App lately is because it is zeroing down on a critical ‘mass’ required to start monetizing the app. In 2014, Mark Zuckerberg explained, “Our explicit strategy for the next several years is to focus on growing and connecting everyone in the world. <…> Once we get to being a service with 1 billion, 2 billion, 3 billion people, there are many clear ways that we can monetize.”

Loyal to its strategy, in 2015, it crossed 800 million monthly users, inching closer to the 1 billion mark, where all the fun was supposed to begin. As emphasized by Forbes earlier this year, in 2016, Facebook planned to make Messenger the Everything App by ensuring that users can access almost all businesses and services via Messenger, making other apps irrelevant (along with making a phone number irrelevant for contact purposes).

In January 2016, David Marcus, VP of Messaging Products at Facebook, has shared a blog post with highlights on 2015 and predictions for 2016, putting together an interesting infographic:

Image source: Here’s to 2016 with Messenger

One of the most important parts of this infographic (aside from mind-blowingly expanded capabilities) is the trends part, which hides a deeper message than it may appear – Messenger is a prototype of how the business is supposed to be conducted with customers and, probably, the next big thing in how some of the financial services will be delivered.

Messenger should not be seen solely as a chatting room or even part of the social media platform anymore – it’s much more than that, and the company proved it by delinking the app from its core Facebook platform and widely expanding its capabilities and the vision for its future.

An interesting part of Marcus’s message was about the way the company sees the future of Messenger, “We’re seeing a paradigm shift in how people engage. At Messenger, we’re thinking about how we can help you interact with businesses or services to buy items (and then buy more again), order rides, purchase airline tickets, and talk to customer service in truly frictionless and delightful ways. It is so much easier to do everything in one place that has the context of your last interactions, as well as your identity – no need to ever login – rather than downloading apps that you’ll never use again and jumping around from one app to another.”

To be accurate, the journey to becoming an all-in-one app connecting businesses and individuals has started a while ago with some interesting acquisitions. Back in 2012, Facebook acqui-hired a mobile loyalty, reward startup TagTile. Later the same year, the company also absorbed mobile commerce startup Karma, making apps for gifting friends and family. As was reported by TechCrunch, the purchase was aimed to help Facebook build up monetization prowess on mobile platforms. Later, there was also a personalized shopping search engine, TheFind.

Given that roughly 4 in 10 adults with a social media account (39%) are reported to say that seeing other people’s purchases and vacations on social media makes them look into a similar purchase or vacation, Facebook is on the fast track to becoming the highest priority for retail/commerce businesses.

Concerning the commercial appetite of Facebook, it is no wonder that the company is open to collaboration with everyone who works with payments. As Zuckerberg shared in January this year, “We’ll partner with everyone who does payments. We look at the stuff that Apple is doing with Apple Pay, for example, as a really neat innovation in the space that takes a lot of friction out of transactions as well.?”

How does all this translate into finances?

So, Facebook truly has grand plans for Messenger as a commerce machine, but what does it have to do with banking, and why is it important for banks at all?

Messenger as a mobile wallet

First of all, because Messenger aims to be a one-stop-shop; in the long-term, it means that Messenger may evolve into a mobile wallet with a highly sophisticated and heavily AI-powered personal assistant (maybe it will be M?) able to perform all kinds of requests and execute payments for those requests if they are required.

Moreover, there are no borders to incorporating a range of financial products as part of the commercial efforts as well. If Messenger’s chatbot can find and recommend a ‘red turtleneck sweater,’ it can be equally useful in finding a loan on particular conditions and for particular purposes vocalized by the user. In the end, Facebook has acquired a speech recognition startup Wit.ai at the beginning of 2015. Speech translation app Jibbigo acquired by Facebook in August 2013, could be a solution to enable the feature across countries/languages.

Messenger as a PFM platform

Messenger as the next generation of PFM is also a highly possible event. It’s never been easier for third parties to access personal banking data (a ton of FinTech solutions live on access to banking data) upon request and connection to credit/debit cards. AI-powered assistants within the app could retrieve personal data when a user ‘asks’ M to do so and shape it into a dashboard just like any modern PFM platforms and mobile application do. And since Facebook had acquired a data analytics company Onavo in October 2013, the company certainly has the talent to turn personal financial data into meaningful insights.

One of the recent examples of serving customers through Messenger is Canadian TD Bank Group, which in April this year was reported to become the first bank in the world to offer Facebook Messenger customer service in December. Although it is customer service in the classic sense, it’s a step towards delivering financial services through Messenger. TD Bank has integrated Messenger for optimal simplicity. Once on Messenger, customers can get help with general product and account questions.

Alerts are another way of keeping track of personal expenditures. Messenger could be a medium for banks to notify customers about transactions and changes made in user agreements, terms and conditions, and other important information.

Messenger as the next generation of marketplace lending

But let’s move from ‘passive’ service as PFM to something more interesting – the opportunity for Messenger to become an alternative lending solution in addition to everything it can do now. Facebook has the financials and the workforce to invest in building a vast network of partner banks and FIs to integrate data on the available financial products of its partners into Messenger. Three most important elements would allow Messenger to become a marketplace platform for financial products:

AutoGravity is a digital marketplace for the auto financial space whose presentation the LTP Team had the pleasure to see at FinDEVr 2016 in Silicon Valley just a day ago. AutoGravity partners with banks and FS companies as well as trusted car dealerships to allow users to receive real car financing options on their platform.

It’s important to emphasize here that the platform gives an exact estimation of loan conditions with an opportunity to secure any of the four offered options. Then, as the user chooses the most suitable option, the code of that option can be used at a partner dealership to autofill the contract and drive home with a new car and a loan on highly customized conditions.

Similar to AutoGravity, Messenger could build its own network of FIs and banks along with car dealerships, real estate agencies, etc., to be able to offer real deals based on information that Messenger users share with a chatbot within the app, for example, answering questions required for a tailored offer. Moreover, P2P lending is also an option given almost 1 billion user base.

The bottom line here is not that Messenger will push banks out of business, but the fact that users may not need to communicate with a bank to get a financial service if banks channel those services more efficiently through a user-friendly and highly automated channel.

Indeed, customer habits always take time to transform, and banks will always promise expertise, security, stability, and safety. Still, if they promote a new way of delivering a financial product, it may bear positive implications both for banks and customers.