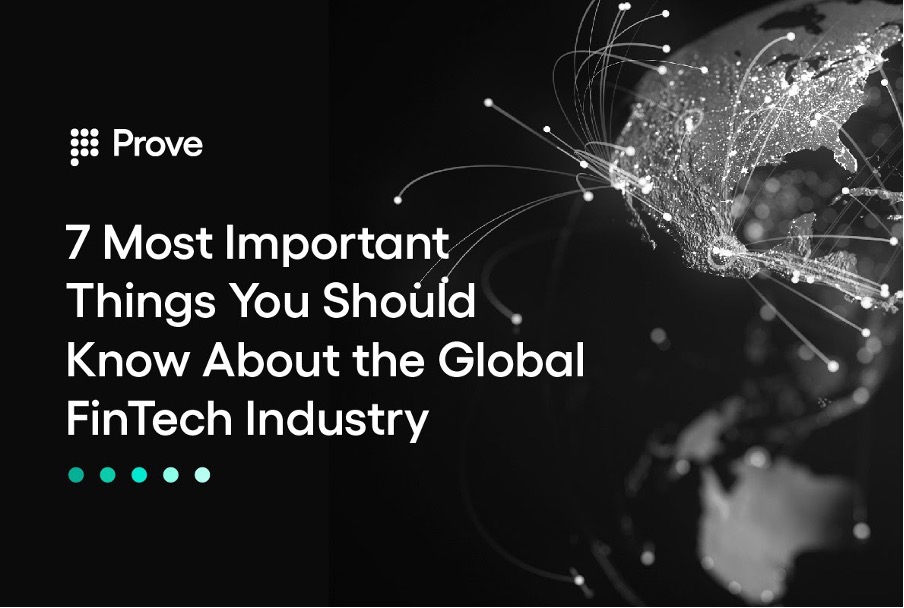 According to Accenture’s report on The Future of FinTech and Banking, global investments in FinTech ventures tripled to $12.21 million in 2014, which means FinTech gained significant momentum and became a hot spot attracting a lot of attention. We have been attentively following FinTech and developed expertise and deep knowledge about the space and players. There are certain crucial things about FinTech each potential entrant and the current player has to keep in mind and pay close attention to. As we tapped into the history of FinTech and current trends in the space, we have granulated the seven most important things to know about the FinTech industry.

FinTech startups are hot and international

It’s no surprise that ventures in FinTech tripled last year. Diving into the exploration of FinTech, we have covered 22 hottest FinTech startups from the Silicon Valley and India's 14 hottest FinTech startups to demonstrate a great variety of solutions and disruptive players in international markets. In Q1 2015, the payments sector attracted more than $1.16 billion in investments; 12 companies raised more than $5.6 million in seed funding rounds, of which Bringhub raised the highest amount with $2 million in seed funding. Moreover, in the short period of July-September 2015, FinTech saw $750 million of investments.

We have noticed an interesting trend of a growing number of FinTech hubs equally active and hot.

There is a notion that Silicon Valley is where the most innovative solutions are being built and tested first. This is partially true, although there are certainly hubs around the world where unicorns are born and raised to reach international markets. FinTech Week London 2015 demonstrated the emerging hubs with significant investments in FinTech worldwide made in the last five years. The largest investments were made in the US, totaling more than $31 billion. The UK FinTech saw total investments of more than $5 billion, and the rest of Europe: $4.4 billion. The Chinese FinTech industry is keeping up with FinTech with $3.5 billion investments made in the space in the last five years. Global investments in FinTech reached almost $50 billion in five years.

The recently resumed Money20/20 gave us great insights into the future of FinTech and trends to keep in mind. The conference proved the borderless nature of FinTech to be true. Innovative and imaginative technological solutions from FinTech have the tremendous advantage of being easily expandable abroad. Innovation cannot stay within the borders of one country anymore with the growing diversity of talents sourced in FinTech startups and with advanced cloud-based technology, taking solutions across the globe.

The outcome for the local businesses is increased competition from foreign companies that do not have to make significant investments in a physical presence to start entering the market. But, on the other hand, the same point is advantageous for foreign companies.

New types of stakeholders are entering the space

FinTech startups were believed to be disruptive and competitive and hence, more interesting to traditional financial institutions like banks. However, this isn’t the situation anymore. Tech companies dominating other spaces started entering the competition for innovation in finances. It is surprising how tech giant Microsoft is actively involved in FinTech with a great variety of initiatives. Google, Intel, and others have also demonstrated an interest in FinTech with their active investments. Here are some of the examples of companies in the portfolios of non-financial companies:

New, interested parties are actively shaping units within their companies to work specifically with FinTech startups to encourage bright minds and innovative entrepreneurs and, possibly, invest in the most promising ones.

Previously, we demonstrated a rising interest from tech giants in FinTech startups along with banks. That interest led to new streams of investments and, most importantly, incubation. However, there is another set of players shaking hands with the financial industry in a different way or even competing with FinTech while being in a completely unrelated field at first sight.

Social media and communication giants like Facebook or WeChat realized the power of applying financial transaction features into their extensive social networks. Facebook, intended to be a social media platform to connect millions, saw a great opportunity in adding a valuable feature of money transaction while WeChat, China’s biggest messaging app with more than 600 million active users, announced an agreement that enables WeChat users in the US to send money to 200 countries and territories via Western Union’s Connect platform.

The socialization of money transfers is active from both players – media giants and FinTechs. Venmo leveraged the power of social connections and the value of virtual interactions by opening the opportunity to share personal transactions and react to them within personal networks. Needless to say, Venmo is one of the most popular peer-to-peer payment apps, which has processed more than $900 million transactions during Q4 2014.

FinTech 2.0 is coming, and FinTechs & banks are collaborating

If startups were thriving to push banks out of the profitable markets with the rise of FinTech, we now see an interesting change both in attitude and strategies from both sides. Banks are no more engaged in fierce competition. As powerful traditional players indicated a threat, they figured out individual ways to cope with it and collaborate to improve and provide a better value for customers.

Both banks and FinTechs have their strengths and weaknesses, and both are better off by cooperating and combining the best they can offer to cover each other’s weaknesses. Banks can guarantee rapid scaling with significant funding and access to demand, while the FinTech sector can offer the most innovative and efficient solutions for better customer service. An interesting term called FinTech 2.0 is used in the paper recently published by Santander in collaboration with InnoVentures, Oliver Wyman, and Anthemis Group called FinTech 2.0 Paper: Rebooting Financial Services.

As stated in the paper, while some FinTechs today are focused on the race to build standalone unicorns, FinTech 2.0 represents a far broader opportunity to re-engineer the infrastructure and processes of the global financial services industry in which the top 300 banks command a revenue pool worth $3.8 trillion. To realize the opportunity of FinTech 2.0, banks and FinTechs need to collaborate, each providing the other with what it lacks – be that data, brand, distribution, or technical and regulatory expertise.

We have been covering the ways FinTechs and banks are joining hands with the most preferred ways to collaborate being startup programs to incubate FinTech startups (43%), venture funds to fund FinTech startups (20%), and partnerships with FinTech companies (20%).

Europe has an emerging way of collaboration between the banking industry and FinTech startups – mentorship programs. Bank of America, Merrill Lynch, Citi, Barclays, HSBC, JPMorgan, Credit Suisse, Goldman Sachs, and other banking industry giants got involved in the FinTech Innovation Lab that is aimed to foster relationships between startups and banks through 12-week mentorships.

We came to an important conclusion that banking and FinTechs are more in collaborative relationships than in competition. Banks and FinTechs operate in the financial services industry, which dictates the types of relationships between new entrants and established powerful players. It is partially related to the fact that FinTechs can't be a complete alternative to the traditional bank – FinTech startups still rely on bank accounts at the backend, with the majority of FinTech startups offering a fragment of the set of services regular banks offer. From a bank’s perspective, FinTechs represent a consolidation of the most innovative ideas and solutions that can change the market rapidly due to the size, talents, absence of legacy systems, focus, and other factors. A strictly regulated environment is another factor leading startups to seek support from banks that have resources and stability to comply with licensing. Everything combined led FinTech and banking to a warm collaboration and joint efforts to provide better value for customers.

The model of relationships between startups and industry giants is not the same in other industries. Some of the examples are Tesla in automotive and Uber in transportation. In these cases, disruptors are not forced to seek collaboration or support from traditional players because they have their own technologies and strength to enter the market. Disruptors can independently comply with regulations just like big players.

Players within the FinTech industry

There is a great diversity among the types of players within the FinTech industry. Therefore, we cannot distribute the financial and innovative attractiveness of the overall industry to all players equally. However, certain spaces within FinTech attract more investments and attention than others. The LTP team charted the categories by the size of the investments:

Innovative solutions in FinTech solving real issues of a big customer pool lead companies to the unicorns club, which has been expanding quickly. Some of the examples from around the world we can bring here are:

Even though the unicorns are spread internationally, the largest number is from the US.

Source: LTP, 26 Companies From This FinTech List Have a Billion Plus Enterprise Value

Starting last year, the space in the unicorns club shrank, with companies like Stripe, POWA Technologies, Avant, Prosper, One97, and others boosting their valuations far over $1 billion.

Even though the growing number of unicorns tightens the competition, it is a great sign. It indicates an upward trend in the actively expanding industry for potential entrants. It validates a real opportunity for young startups to enter the club down the road and a clear interest from investors injecting funds into FinTech and boosting valuations. It is not clear whether the club will be growing quickly in the near future. However, the growing interest from various stakeholders may support the trend.

Security is a major issue to address

When it comes to payments, security and fraud protection are some of the biggest concerns among the service providers. JPMorgan released the results of the Payments Fraud and Control Survey this year with disturbing results on fraud rates.

According to the report, some of the key findings include the following statistics:

The high level of fraudulent activity in the financial sector leaves FinTech with a problem to address. The most important statistic for FinTech as targeted on wireless transfers is that 62% of companies were targets of payments fraud in 2014, among which 27% are wire transfer-related.