FinTech Is Not a Niche Anymore, It's a Powerful and Highly Disruptive Industry 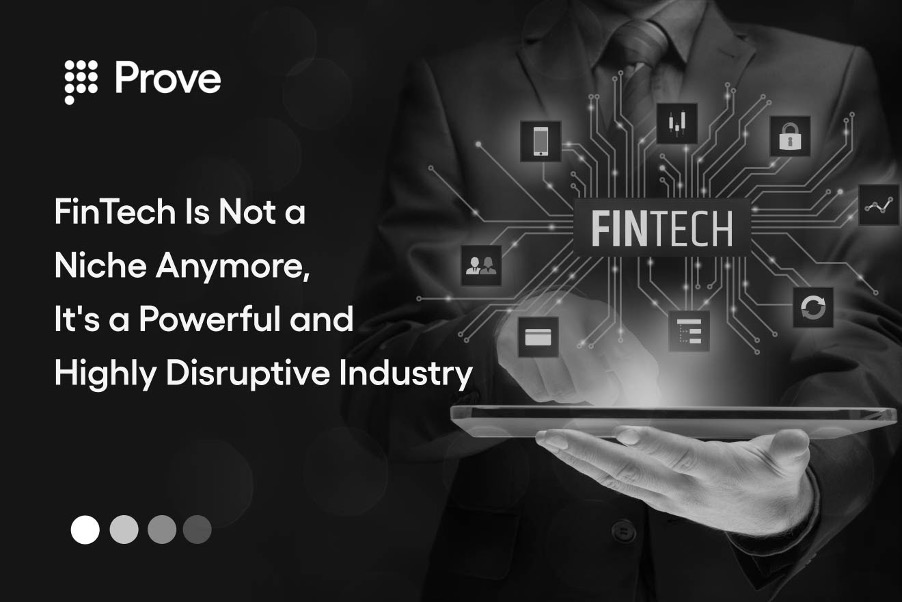 Declaring the death of FinTech… As a niche

In February 2016, Matt Carey, Co-Founder of Abaris—which is the first direct-to-consumer online marketplace for retirement products—declared the death of FinTech as a niche, saying, “Financial technology (FinTech) as a niche is dead. No, it’s not going away. Rather, financial technology is on the cusp of becoming so entrenched in every aspect of global finance that we’ll stop thinking of it as a niche and start thinking of it as the core of how financial services are delivered to consumers, corporations, and institutional investors.”

Catalysts of FinTech establishment as an industry

There are plenty of reasons why FinTech was able to go from being a niche in the financial services industry to a massive industry with highly disruptive potential – customer-centricity, simplicity and scalability, freedom from legacy systems, and more. Explaining the FinTech revolution, the Economist has also emphasized such factors as cost efficiency, the absence of the need to protect existing business, and lack of regulatory burden along with the above-mentioned legacy IT systems/branch networks.

The scalability advantage was possible to gain due to a clever approach to risk assessment and the use of smart data to profile potential clients. Smart data represents a more sophisticated approach to data collection and analysis, focusing on meaningful pieces of information for more accurate decisions. Coupled with the advanced capabilities of AI and machine learning solutions, smart data opened an opportunity for startups to efficiently derive deeper insights from limited but relevant data points. As a result, FinTech startups were able to build better solutions based on a better understanding of consumer behavior and needs.

The interest in FinTech from major financial institutions and collaborative efforts also shaped the ground for FinTech to gain attention, traction, and growth opportunities. Bank of England, Scotiabank, JPMorgan, Axis Bank, RBC, Barclays, Capital One, and a range of other financial institutions have been actively working with FinTech startups to harvest the potential of disruptive technologies that have invaded their market.

FinTech is no longer a niche in the financial services industry because it is no longer necessarily dependent on a core banking service – an account. Challenger banks that have obtained their banking licenses have ended the monopoly on bank accounts. The bank account was one ‘thing’ that made FinTech dependent on the banking system, but no longer – we now can say that there is a FinTech startup for any bank service.

It's not FinTech that moves into the banking business; it's the other way around

In 2016, it was not FinTech that moved to ‘copy’ and made banking services better; it was banks that are trying to move into the FinTech space. Financial institutions have been developing a proprietary digital currency, creating alliances to work with the technology brought into the scene by FinTech.

Moreover, a few governments are also taking steps to acknowledge and smoothen up the integration of FinTech into national ecosystems.

The financial scale of the industry

In 2015, global FinTech investments grew 75% (from $9.6 billion in 2014 to $22.3 billion in 2015); the trend was expected to be maintained in 2016. So far, the global investments in financial technology ventures in Q1 2016 were reported to reach $5.3 billion, representing a 67% increase over the same period last year. The percentage of investments that went to FinTech companies in Europe and Asia-Pacific nearly doubled to 62%.

Within FinTech, as the Citi data suggests, 73% of the investments in 2015 were dedicated to personal and small business banking, including 23% into payments and 3% into money transfer.

Commenting on the state of FinTech funding in 2016, Warren Mead, Global Co-leader of FinTech at KPMG International, said, "FinTech had a very strong start to the year, and with the recent multibillion-dollar investment in Ant Financial in April, we are starting to see FinTech move into the mega-deal space."