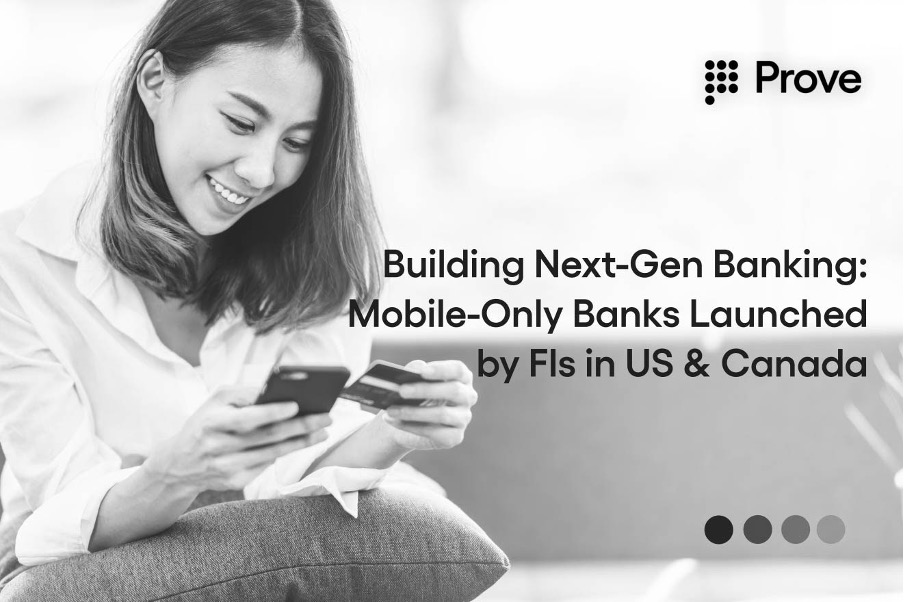 The use of mobile banking continues its climb towards ubiquity: the Federal Reserve study published in 2016 indicated that 43% of all mobile phone owners with a bank account had used mobile banking, with the three most common mobile banking activities among mobile banking users being checking account balances or recent transactions, transferring money between an individual’s own accounts, and receiving an alert (e.g., a text message, push notification, or e-mail) from their bank.

In a push to capitalize on changing consumer behavior and out of asset-light necessity to get creative, a range of online-only banks have been launched around the world.

Why launch a digital-only offering?

With accelerating pace of innovation adoption in the financial services industry (whether through complementary partnerships, M&As, or API-driven integrations) and naturally consolidating FinTech efforts in gaining strong footing in consumers’ lives, why is launching one’s own digital-only offering worth the effort for traditional institutions? DBS made an attempt to estimate the potential losses of a passive approach to development with its paper called New Avatar: Banks Watch Out for Banks, offering two main strategies for banks to fight challenger banks on their turf:

Estimates suggest that financial institutions that are not able to adopt a digital model may see a drop in ROE by ~18% over a five-year time frame. However, retail banks that are able to reinvent themselves could see a substantial increase in ROE (around 18%), largely driven by the lower cost of serving customers and the efficiencies they will reap. Most importantly, the share price of a digital-savvy retail bank is forecasted to be 50-80% higher than that of a non-digital bank in a similar time frame.

Among the reasons to diversify banking experience within a bank is rapidly changing consumer preferences – we live in a mobile-first world, and for some, it’s a mobile-only world. Customers globally are looking for new banking experiences, and mobile became the platform to deliver those experiences. There are even groups of population with the majority preferring to bank through mobile – according to Facebook, 49% of millennials prefer banking through mobile.

There is another important part to the push towards taking control over the unprofitable demographic:

a) The necessity to capture this 18-35 customer segment and lead them early on with the goal to cross-sell higher-margin financial products in the future, as their needs evolve; b) Innovation adoption: There is a limit to which a team of thousands of IT professionals that build and maintain existing infrastructures can be flexible, and banks found it to be faster and easier to launch separate entities – starting from a clean slate – to remain competitive and squeeze out overly competitive startups.

Launching a digital-only offering became a no-brainer for a growing number of institutions across regions, including North America, where US and Canada have options to choose from.

Digital-only banks launched by institutions in the US and Canada

The US and Canada have a surprising number of institutions with separate digital-only offerings, a number of which are acquisitions:

On December 31, 2016, BankMobile had approximately 1.7 million student checking accounts and approximately $500 million of non-interest bearing deposits. Unlike the recently launched Finn, BankMobile account holders can order checks at no cost and can have a joint owner on the account.

Some other options to charge foreign transaction fees, by Chime doesn’t. It also doesn’t have any overdraft fees (common), no monthly maintenance fees (also common), and no minimum balance fees (common too).

Signing up is free and takes less than two minutes, the bank promises. The Spending Account, like with most other options, cannot be owned or titled jointly. The bank also states that money loads from third-party money transfer services can be available in two hours after loading.

An important plus point is the ability to easily block all transactions on the Chime debit card in the app, disabling transactions to immediately prevent new debit card purchases or ATM withdrawals.

Finn promises that account holders can do everything they need in their banking app; that’s why Finn account holders cannot be serviced in Chase branches. Money can be deposited with a photo of a check or transferred from a different account. Zelle and bill payments are available.

Finn has an interesting feature that puts it closer to a PFM app – autosave. Autosave lets users create personalized rules to save for what they want, how they want. Account holders can use the app to save every time a purchase makes them happy (or not) – every transaction can be rated – when they spend money on a specific category or in a specific time period.

On the other hand, while an account at Chase can be a joint venture, Finn accounts are a sole owner account for personal purposes, which means users can’t add a joint signer, a beneficiary, power of attorney, or have any other form of ownership. Also, Finn only lets account holders spend what they have, adding up to the concept of a bank that is creating healthy financial habits.

Tangerine can remind US citizens of the Capital One 360 way of banking – inclusive spaces with no signs of traditional banking experiences in sight. While Tangerine doesn’t have branches, they have cafés located in some of the busiest Canadian communities, as well as pop-up locations and kiosks that travel around the country.

In March, Reuters reported that Citigroup is laying the foundation, through a growing network of mobile banking tools, to support the launch of a national digital consumer bank sometime within the next three years.

Where banks have an edge

Incompatible customer base, relationships with households built through generations, established distribution infrastructure (digital & physical), access to a vast talent pool, the valuable asset of data generated through decades of operations, and finally, a powerful political lobby, are just some of the aces banks have always had up their sleeve. Some estimates suggest that the average US adult has used the same primary checking account for about 16 years, tempting someone to switch to a shiny new bank from their traditional financial services provider may present a challenge technology startups don’t have a runway to overcome. Meanwhile, institutions already have an established customer base with their primary offers and can leverage existing data & customer pools for promotions, tests, campaigns, etc. They can also preselect the most desirable group from the pool of existing customers to validate the new product or to ensure they are able to keep potential switchers in their network.