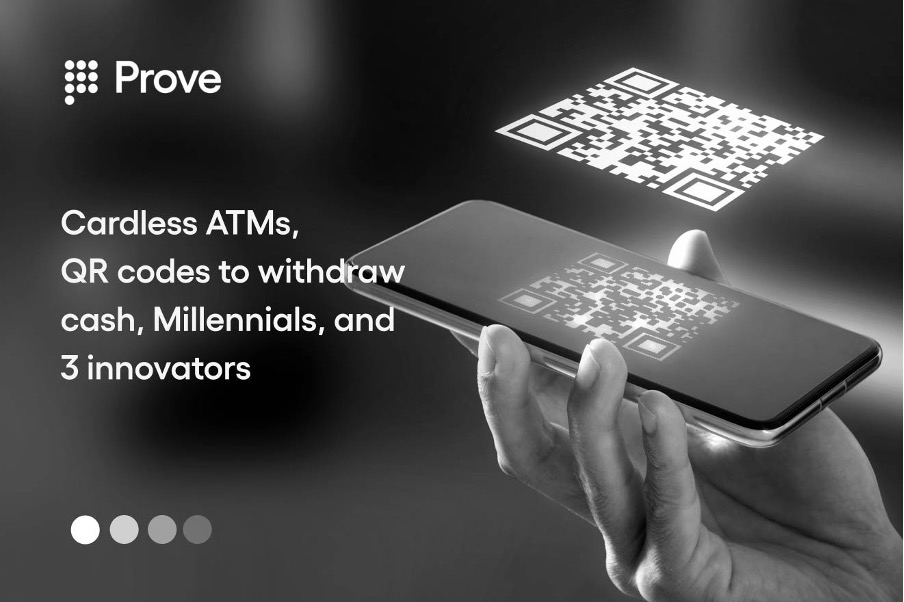 Imagine yourself standing in an ATM queue. You have a pre-decided amount showing up on your screen in the form of a QR code, and you show that to the ATM QR code reader, and the cash gets delivered. No wallets, no more punching in the PIN, amount, and the numerous key pushes. Cash is not going anywhere, at least not in our lifetimes. So there will be many such solutions in the market that will bring as much convenience to cash-on-demand in situations/places where it is needed. Cloud and mobility are enabling the next generation of banking and commerce experiences. Cardless ATMs and withdrawing cash without cards are great examples of such innovations.

Many argue that mobile wallets and cardless ATMs might be solutions to a problem. But sometimes, we miss the big picture. We are digital immigrants, but our kids are digital natives. They had iPads and iPhones in their hand while we had Abacus and TV. Technology companies are gearing up for the millennial generation, whether it’s about renting movies, purchasing Vanilla Latte at Starbucks, or withdrawing money from ATMs. Banks large and small are paying close attention to the move towards cardless ATMs, with some leading the front and others watching to see how this pending shift unfolds.

Why do we need Cardless ATMs?

The argument can be made that not all technological advancements are an essential step forward, and 'cool' doesn’t necessarily mean better things. Whether you’re the type to have the latest tech gadget before it hits the market, or you’re among the few who still carry a checkbook and flip phone, there is more at stake here than mere individual preferences. Do we need a card to withdraw money? Do we need to press so many keys? Can we come pre-decided and pre-approved using our devices. Additionally, the problem is many of us forget cards at home, sometimes we even forget our wallets (or it gets lost), and sometimes we also forget the ATM pin.

Anyone who has ever experienced account fraud, like myself, will appreciate those annoying extra steps to verify identity when dealing with your account. But, despite requiring your card and pin to withdraw money, there are still inherent risks and security concerns around the traditional debit card and ATM that need to be addressed. For example, ever had a lost or stolen card? A camera pointed at an ATM allows thieves to acquire your name, card number, and expiration date, as well as the PIN. It only takes one time having your information stolen to change your aversion to added security.

While there are security risks to consider with using a smartphone to withdraw money, many vulnerabilities are eliminated. Being able to enter security information into your phone, rather than a fixed screen, reduces the risk of skimming. While a lost or stolen phone can be a nightmare, bank information won’t be a concern due to phone and bank app security codes.

A business that doesn’t innovate according to its customers’ needs doesn’t last long. How banks appeal to the needs and concerns of their client base determines how successful they will be, and people want convenience, plain and simple. We want things to be easy, and we want them now. Have you ever driven home from a bank empty-handed because you forgot your debit card? The bank that tells customers they have an easier, quicker, and more secure way to access their money is the bank that wins.

Diebold Federal Credit Union (DFCU), along with white-label mobile wallet provider Paydiant, is piloting the world’s first ATM with no card reader or pin pad. Instead, this relies entirely on mobile authentication and the cloud. Diebold refers to its concept as a millennial-inspired ATM, as it is designed around the habits of millennials. According to their press release, the integration of the ATM with the Mobile Cash Access (MCA) solution allows consumers to pre-stage cash withdrawals on their smartphones. At the ATM, consumers authenticate themselves, and the ATM dispenses the preselected amount of cash. The MCA offers also allows financial institutions to provide a secure, institution-branded mobile wallet solution without installing additional hardware on ATMs or point-of-sale (POS) terminals.

Another incredible feature Diebold has included is allowing money transfers to other individuals via their phone app. Customers can select a recipient from their contact list. The recipient then receives a one-time PIN via SMS at a participating ATM.

In October 2013, Banco Sabadell of Spain announced the creation of the first-ever banking app for Google Glass. The app shows users the nearest ATM, their account and provides 24/7 video conferencing. Since then, Banco Sabadell has invited developers to create more apps for Google Glass via their Open Apps innovation program. The natural next step would be to integrate authentication mechanisms into the glass, much like how QR codes are used with phones. We will have to wait and see what Banco Sabadell does next.

City National and Wintrust have both partnered with Fis Global to create a cardless ATM. The process is comparable to Diebold. Customers can set up withdrawals from their phones and access their cash by scanning a QR code at the ATM that authenticates their identity in the cloud. Bank information is not saved on the phone but rather in the application.

There’s a lot of momentum surrounding cardless ATMs. Banks recognize the need to give consumers what they expect. But, while some banks are taking bold steps, the new norm remains to be seen.

What other banks do you see breaking ground in with cardless ATMs? Have you experienced any such innovations with your banks? What about overseas? Let us know what you think in the comments below.