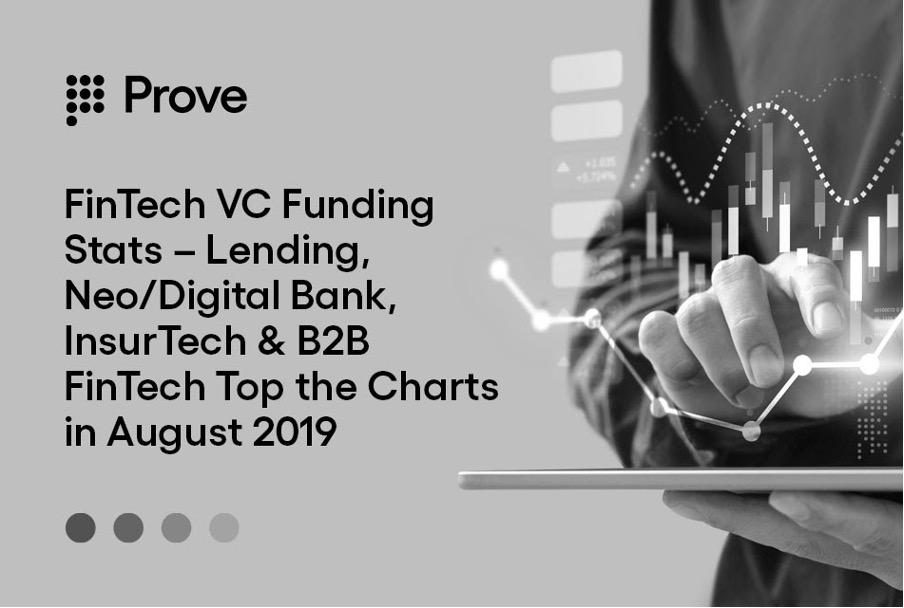 Among the segments, Lending led the VC funding race in August 2019 with $1.15 billion in funding across 31 deals — a staggering 102% MoM growth from $572 million raised in July 2019. In addition, the segment saw some high-value deals, with Castlehaven Finance’s $280.6 million funding round being the highest in this segment. In August, some of the other big fundraises in this segment were LendInvest’s funding of $248.8 million and the US-based Better’s Series C funding of $160 million.

InsurTech was third in the list of segments with the highest VC funding in August 2019, as the startups in this space raised $484.2 million across 13 deals. In addition, US-based company Root Insurance raised $350 million in a Series E funding round. A couple of other noteworthy funding rounds raised by startups in this segment were $60 million raised by the US-based Ethos Life and $47 million raised by the US-based Kin Insurance.

B2B FinTech and WealthTech were the other two among the top five FinTech segments in terms of funding value in September. B2B FinTech startups raised $358.9 million across 12 deals. The US-led the B2B FinTech Funding charts with Scale Factor raising $60 million. Another significant funding deal in this segment was $70.4 million raised by China-based Baiwang Cloud.

WealthTech startups raised $336 million across 33 deals. The key contributor to the global funding in this segment was the US-based Long-Term Stock Exchange, which raised $50 million in the Series B funding round.