Making a Case for Centralized Systems 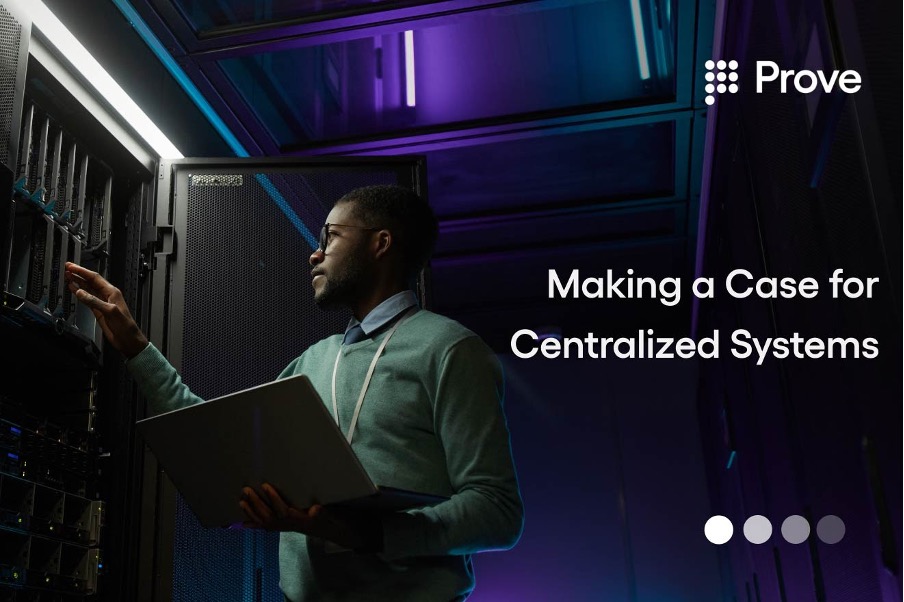 At a time when disbelief in decentralized systems may end up being an offense in Silicon Valley and beyond, we’d like to give the benefit of the doubt to the concept and modern embodiments of centralized systems and argue that centralization is not an inherently inefficient and a flawed model.

Centralization is a natural response of any industry to increasing complexity and globalization and a natural push towards efficiency. To make a case for centralization, we’d like to go over three points:

It is unfair to compare centralized systems that have existed for centuries to a theoretical concept of a decentralized system and even to POCs. The world is yet to see an international, or even national, organization fully running its data and operations on a much-hyped decentralized ledger technology; an organization serving the needs of the whole population of one country and thousands of businesses, and able to serve those needs abroad with the same success as domestically. The Federal Reserve System, the Financial Action Taskforce on Money Laundering, the United Nations, the Department of Homeland Security, BRICS, MasterCard, Google, AXA, Metlife, etc. – any entity of people, nations, businesses of national and international importance.

As Adam Ludwin, Co-founder & CEO of Chain, put it in his elaborate but well-put letter to Jamie Dimon, “Decentralized applications are a new form of organization and a new form of software. They’re a new model for creating, financing, and operating software services in a way that is decentralized top-to-bottom. That doesn’t make them better or worse than existing software models or the corporate entities that create them. As we’ll see later, there are major trade-offs. What we can say is simply that they are radically different from software as we know it today and radically different from the forms of organization we are used to.”

In fact, on almost every dimension, Ludwin argues, decentralized services are worse than their centralized counterparts:

“That’s because there are structural trade-offs that result directly from the primary design goal of these services, beneath which all other goals must be subordinated in order for them to be relevant: decentralization.”

The history of institutional banking is the history of continuous consolidation. Since the ’90s, financial institutions never stopped bringing together resources to get to the next level of operational efficiency (not mentioning thickening profits and increased weight in the global financial system, obviously – that is not the main point).

From the standpoint of financial institutions, the period from the late 1960s to the 2008 GFC was one of continual expansion in scope and scale, culminating in huge global financial conglomerates. This occurred through organic growth and, more significantly, through mergers and acquisitions. The merger of Travelers and Citibank to form Citigroup in 1999 was paradigmatic, the authors of FinTech, RegTech, and the Reconceptualization of Financial Regulation explain.

Back in 2011, in their article called To Centralize or Not to Centralize?, Andrew Campbell, Sven Kunisch, and Günter Müller-Stewens emphasized that business leaders dating back at least to Alfred Sloan, who laid out GM’s influential philosophy of decentralization in a series of memos during the 1920s, have recognized that badly judged centralization can stifle initiative, constrain the ability to tailor products and services locally, and burden business divisions with high costs and poor service. Insufficient centralization can deny business units the economies of scale or coordinated strategies needed to win global customers or outperform rivals.

It may seem a distant past, but modern institutions that decentralized evangelists are so eager to denounce went through the same path – consolidation of resources and, essentially, centralization of authority.

Take Visa as an example. Visa’s journey began in 1958 when Bank of America launched the first consumer credit card program for middle-class consumers and SME merchants in the US (reminds of innovators launching solutions for small businesses in the past few years?). It didn’t take long for the company to grow and expand internationally in 1974 (just like FinTech companies do, jumping through hoops) and introduce the debit card in 1975. In 2006, Visa became a private membership association jointly owned by over 20,000 member financial institutions worldwide. In 2007, regional businesses worldwide were merged to form Visa Inc. and, followed by the company going public in 2008 in one of the largest IPOs in history. In 2016, Visa completed the acquisition of Visa Europe.

What started as a BankAmericard program in Fresno, Calif., grew into the Visa we know now, which operates in more than 200 countries and territories with products and services available on any device – cards, laptops, tablets, and mobile devices. Visa played a unifying role for the financial institutions worldwide instead of remaining one of many localized connecting tissues for small groups of institutions.

"Do as I say, not as I do," or how FinTech repeats the history of institutional banking.

The short history of FinTech is no different from the history of institutional banking. Startups also came to realize that the best strategy for survival and success is to partner, merge, and acquire. The most successful companies – large, medium, and small – appreciate how a partnership can power their leap of growth and development and how just the right acquisition brings revitalizing and pivoting talent and technology into the company. Studies suggest that 87% of banks that have partnered with third-party financial service providers (FinTech companies) have been able to cut costs. Additionally, 54% of partnerships increased revenue, Forbes cites.

Discover is an example of an institution that built its might on patching networks into one. Being a network of networks, Discover leveraged the advantages of every network under one umbrella, centralizing and concentrating the business in the name of growth, efficiency, and consumer convenience.

There are certainly many more examples of interesting partnerships and mergers. The point is that mergers and acquisitions change industries, and with FinTech, they lead to institutionalization and consolidation. Centralization of talent, resources, and operations is a natural tendency and often the best choice for companies to grow and develop.