Payments: A “Dirty” Low Margin Business, Suddenly Has So Much Interest. Why? 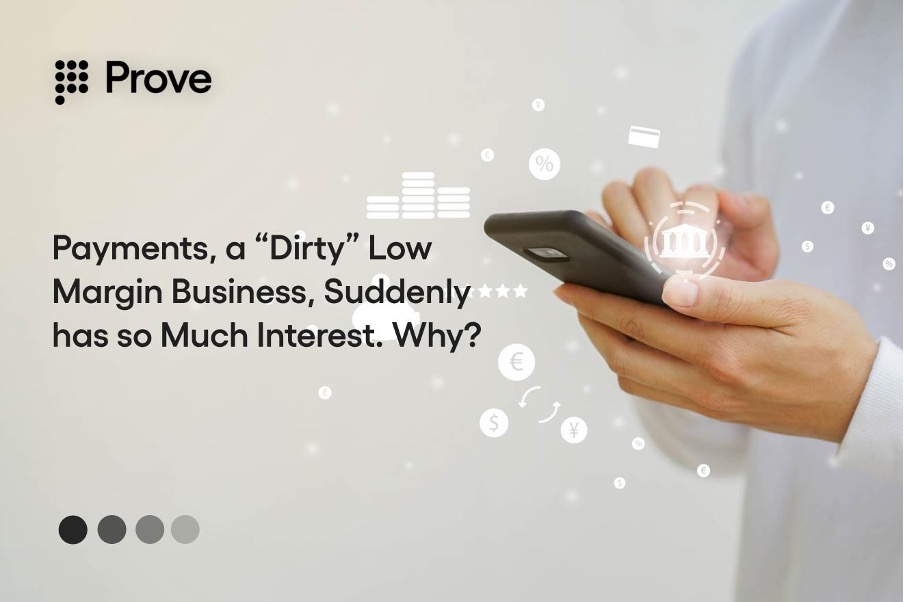 If you query the Facebook graph data or Twitter feeds via Topsy, you will find people discussing the cool Starbucks app, Square card readers, Google Wallet, Venmo, and Apple Pay when it comes to payments. But there is much more in the space that has a more significant impact yet gets less talked about. We look at some of these segments today in this article.

For a long time, Payments was considered a low-margin business with payment processing companies establishing their large talent bases in Arizona and Texas. Every penny saved was necessary, and innovation/R&D was discussed only rarely. You got only a few pennies and percentages on each transaction, and that you had to do huge volumes of transactions to be having a decent cash flow. Not to take away anything from those Fintech companies - there was undoubtedly incremental innovation happening at a pace good enough to compete. Nothing groundbreaking, though. Now fast forward to today: Venmo, Starbucks, Google Wallet, and Apple Pay have gotten the end customer excited about new ways to pay, and that consumer enthusiasm is making technology, banking, retail, media, and several other industries take more interest in payments. This, in turn, is making companies at the intersection of Money, Payments, and Commerce hot and famous. But there is more to it than meets the eye. Under the glitzy world of Apple Pay and other razzmatazz, some heavy-duty innovation occurs. And the dirty low margin business is witnessing transformational changes. Let’s look at some examples.

Lending - A 2000-year-old practice got re-invented

Lending is a big opportunity, especially now with new tools and techniques. Square got into the space recently through Square Capital that lends to merchants based on data analytics, algorithms, and machine learning. Square Capital is a cash advance program for small businesses that analyzes purchase data from the card readers used by merchants.

More companies are expected to follow suit. Royal Bank of Scotland is also looking into entering the P2P lending market by partnering with a third party. RBS plans to work with alternative finance providers to provide lending support to smaller businesses.

Commerce is witnessing a paradigm shift and moving towards influencing consumers’ purchasing behavior. The attempt creates a seamless path that brings consumers closer to the purchase process. Consider a scenario where you are reading an article on fashion clothing, say new colors of jeans, and at the end of it, you have options to buy those from various stores. Would you be more likely to buy?

Social media platforms like Facebook offer call-to-action buttons right on the pages that display product information. Also, Twitter had acquired CardSpring precisely for this purpose, to provide card-linked offers like electronic coupons, loyalty cards, and virtual currencies that work with credit cards and other types of payments.

This is undoubtedly the holy grail of internet buying. True Contextual Commerce!

A concept worthy of mention here is the On-Demand Economy. It can be defined as creating economic activity by technology companies that fulfill consumer demand via the immediate delivery of goods and services. A popular example has been that of the Uber experience. The availability of a service such as hailing a cab, simply by the touch of a button, is really the next level of customer experience.

You should look at Usebutton if you have not done that already (Or follow Mike Dudas on Twitter). Usebutton is an acquisition and retention platform developed specifically for the mobile economy. It drives growth, adoption, and awareness of Uber and other companies in the On-Demand Economy by making it easier for big brands and consumers everywhere to access the fastest-growing segment of the mobile economy. The platform provides 3 core services: DeepLink Commerce for new user acquisition and existing user activation, Loyalty, and Analytics.

Transferring money through email/mobile via Google Wallet/Square Cash/Dwolla and even in a social container like Venmo is what gets people excited as well. Messaging apps like LINE and WeChat are integrating P2P payments services, leveraging an existing user experience.

Traditionally, international remittance players were charging 5 to 12% transaction fees. However, with the advent of virtual currencies, players in this space (Bitcoin companies) want to (and can) bring such transaction charges down to zero. Coinbase is one such bitcoin company that avoids using the blockchain and enables transfer directly between two Coinbase accounts without charging any fees.

Dwolla charges 25 cents per transaction or 0 cents for $10 or less. That has got payment processors thinking. How can this not be good for the merchants, their primary customers?

There has been much focus lately on proximity payments, and solutions are beginning to use analytics and machine learning to generate useful insights for merchants. As electronic payments grow in volume, merchants also stand to gain in terms of loyalty and reward programs.

There was a need for an easy and efficient way to charge for digital downloads of 99 cents and a couple of dollars in value. As a result, tremendous innovation has taken place in that segment by companies like Recurly and Stripe. Companies like Tinypass even built a specialized eCommerce enablement platform for publishers offering many pre-built options for selling premium content. Then there are companies like Boku who can simply use customers’ carrier billing account to charge for purchases of digital services. With such micro-payment services, customers need not worry about making low-value transactions and paying high transaction fees (or even being charged for them indirectly if merchants have to pay them).

Elephants are dancing too

Banking apps are integrating cool new features to drive their adoption as well. For instance, consider ‘check imaging,’ which involves processing your checks by simply taking a picture using the banking app.

The Diebold Federal Credit Union has devised an app to introduce the Mobile Cash Access solution. This is basically an ATM that entirely relies on mobile authentication and the cloud. FIS Global also provides a cardless ATM service using QR codes and mobile-based authentication.