The Secret of Success in FinTech: Partner, Merge, Acquire 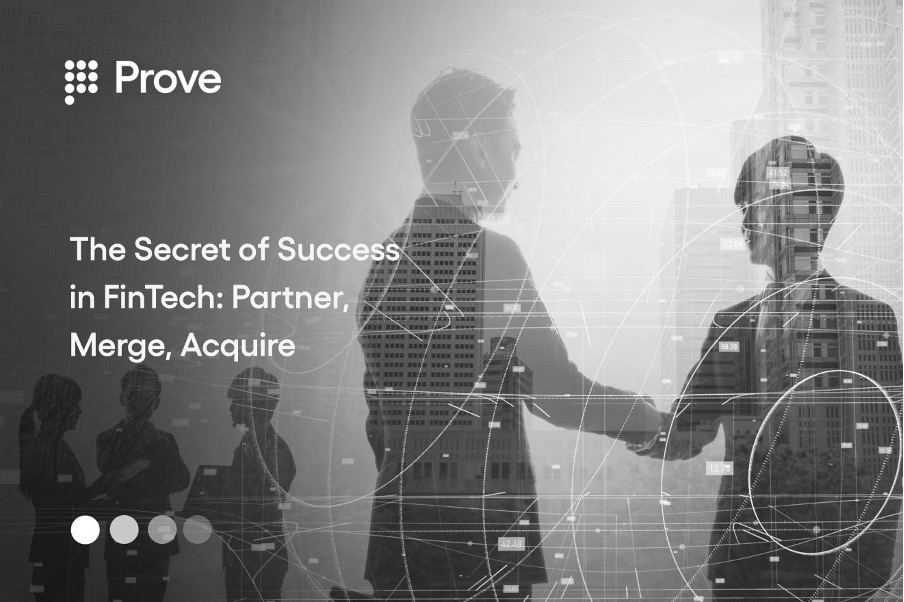 FinTech is not a disruptive force (and blockchain is not a disruptive technology). Instead, it’s the history of institutional banking repeating itself. And the further into 2017, the more apparent it is that the global market is extremely limited for ~8K FinTech startups to have a sustainable future altogether. In the years ahead, the success denominator in FinTech will be its scale. Only the ones able to score powerful partnerships will step into the next phase of development – institutionalization, which is a short track to becoming another financial institution, and the very same type of organization tech entrepreneurs are now so passionate to call obsolete.

Let’s look at some of the most recent events falling into the proposed frame. It starts with identifying who are the prominent figures, and what their strategies are.

At the beginning of October, accounting software firm Xero partnered with Curve, a startup that lets you consolidate all your bank cards into a single card and track your spending. Six months ago, Xero passed 1 million subscribers worldwide on its global cloud accounting platform – 20X the number from five years ago, when the count was just 50,000 subscribers. Xero also counts 100,000 business advisors – not too bad of a partner for the up-and-coming Curve, whose cardholders have spent almost £70 million in over 100 countries.

Around the same time, Adyen, a global payments company, launched MarketPay, a flexible end-to-end payments solution allowing online marketplaces to control the full payment stack, own the customer experience, easily sign up and pay out sellers and expand into new markets. More importantly, Adyen has partnered with GoFundMe, the world’s largest personal fundraising platform, which will be using MarketPay to provide the best possible payments experience for over 40 million donors and campaign organizers across Europe and the United States. Just like GoFundMe, Adyen is no rookie in FinTech. GoFundMe has become the number one crowdfunding and fundraising platform globally, raising more than $4 billion in donations. Meanwhile, Adyen’s customers count Uber, Netflix, Groupon, TransferWise, Spotify, LinkedIn, Evernote, and a lot more. The company saw an 80% volume growth, 99% revenue growth, and $727 million in revenue in 2016. Adyen processed $90 billion in 2016 through its 250+ payment methods across 150+ transaction currencies.

Recently, FinTech startup Earnest agreed to be acquired by student loan servicing giant Navient, the country’s largest student loan servicing company, for $155 million in cash. The acquisition will be a launching pad for Navient to begin originating its own student loans. Since its spin-off from Sallie Mae in 2014, it has focused on servicing and collecting some $300 billion in existing private and federal students loans, Forbes reports. Founded in 2013, the edition adds that Earnest provides student loan refinancing to young borrowers with thin credit files by leveraging tens of thousands of data points, many of which are unconventional. Since Earnest launched its student loan refinancing product in January 2015, focusing on better pricing and repayment flexibility, the company has refinanced nearly $2 billion of student loans. That has created savings of more than $500,000,000 for tens of thousands of Earnest clients. By pairing Earnest’s technology, innovation, and data-driven approach with Navient’s reach and resources, the companies want to affect change at an incredible scale.

This summer, Stripe scored global partnerships with China’s Alipay and WeChat Pay to enable merchants using its platform globally to accept payments from hundreds of millions of Chinese consumers. The most important part – in China, Alipay and Tenpay, together run a duopoly over mobile payments in the country, with 91% of the market. For Stripe, the partnership with one of the leaders is a golden ticket accepted ubiquitously in one of the hottest FinTech markets. Alipay is valued at over $70 billion due to its massive user base of 400 million registered users and annual payment volume of $519 billion.

One would notice there are no micro-players among examples, and for a very good reason – consolidation happens among the strongest. Companies with the most traction, resources, and potential, seek powerful alliances to expand into new niches, new customer bases and strengthen market position.

Partnerships are not only a fast track to success in FinTech. Banks have also come to realize the tangible benefits of partnerships. Studies suggest that 87% of banks that have partnered with third-party financial service providers (FinTech companies) have cut costs. Additionally, 54% of partnerships increased revenue, Forbes cites.

There are many more examples: MasterCard and PayPal announced an important expansion of their long-standing partnership that will enhance the consumer experience by making Mastercard a clear payment option within PayPal, enabling Masterpass as a payment option for Braintree merchan, and expandingnd PayPal’s presence at POS. An institutionalization example is SoFi, which filed an application with FDIC for a bank charter earlier this year. So did Square at the beginning of September, although for a different type of charter. At the end of last week, Moneyfarm, the UK-headquartered digital wealth manager, acqui-hired the technology behind personal finance chatbot, Ernest, with Ernest’s CTO Lorenzo Sicilia joining Moneyfarm to oversee technology integration. Recently, FinTech lender Qbera partnered with online automobile marketplace Droom to enable loans for vehicle purchases on the latter’s platform.

Meanwhile, 90% of FinTech startups fail. For various reasons: no one wants the product, cash shortage, etc. So, out of thousands of FinTech startups so eager to make a name for themselves, only 10% have a resemblance of a chance. Moreover, out of that 10 %, only the ones capable of consolidating and expanding across niches will acquire a significant enough footing in the market to ensure resilience and sustainable long-term growth.

To understand the beauty of the current events, I’d like us to take a look at the event of the past – the middle of the 20th century, in particular. Visa’s journey begins in 1958, when Bank of America launched the first consumer credit card program for middle-class consumers and SME merchants in the US (reminds of innovators launching solutions for small businesses in the past few years?). It didn’t take long for the company to grow and expand internationally in 1974 (just like FinTech companies do, jumping through hoops) and introduce the debit card in 1975. In 2006, Visa became a private membership association jointly owned by over 20,000 member financial institutions worldwide. In 2007, regional businesses worldwide were merged to form Visa Inc. and, followed by the company going public in 2008 in one of the largest IPOs in history. In 2016, Visa completed the acquisition of Visa Europe.

What started as a BankAmericard program in Fresno, Calif., grew into the Visa we know now, which operates in more than 200 countries and territories with products and services available on any device – cards, laptops, tablets, and mobile devices. Visa played a unifying role for the financial institutions worldwide, instead of remaining one of many localized connecting tissues for groups of institutions.

What does this all mean?

The most prominent FinTech startups are repeating the history of Visa whether they want/realize it or not. Silicon Valley is the Wall Street of 2017. To expect it to remain in infancy (under which we understand disjoint experiences and proprietary islands) would mean to misunderstand the importance of scale and convenience when it comes to delivering and consuming financial services.

“Competition has been shown to be useful up to a certain point and no further, but cooperation, which is the thing we must strive for today, begins where competition leaves off.” - Franklin D. Roosevelt