Square Acquires the Last Piece of the Puzzle to Launch a Bank, Worries Smaller Banks 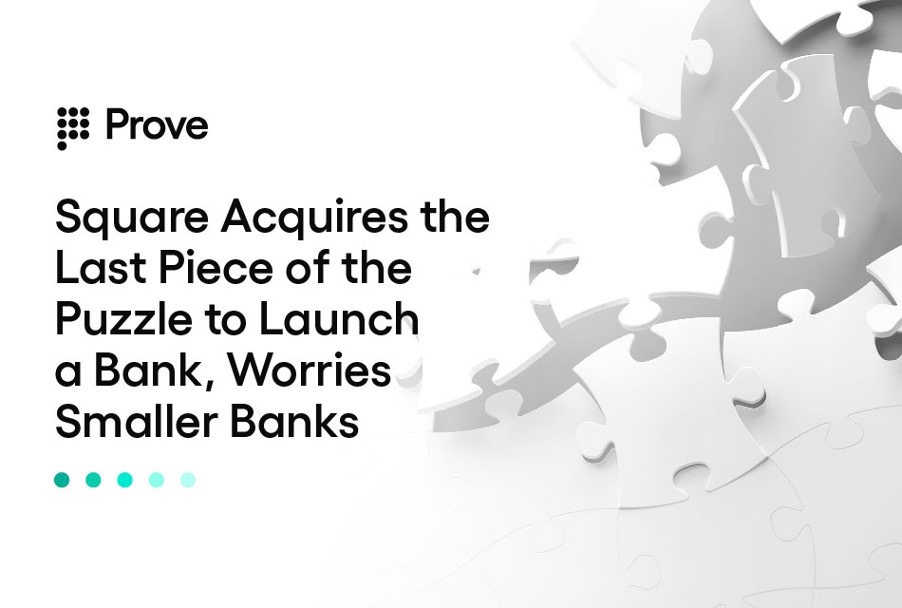 Square, Inc. is all set to start its bank “Square Financial Services” in 2021 and open it to small-business customers. Square recently secured conditional approval from FDIC for its unique bank, also known as ILC (Industrial Loan Company). The bank is based in Utah since Square has received charter approval earlier from the Utah Department of Financial Institutions. An ILC is a form of a corporation owned by non-banks that can accept deposits, make loans, and conduct other activities usually reserved for banks.

This ILC charter approval by FDIC is significant for several reasons owing to the kind of outcomes this ruling produces. One major outcome: it may show a new path for other FinTech companies to attempt operating full-service banks if they are interested.

For years, the ILC applications filed by non-banking businesses were surrounded by controversy involving The Bank Holding Company Act of 1956. In part, the law was implemented to control and regulate banks which had formed bank holding companies to own both non-banking and banking businesses. However, with the recent FDIC ruling, Square will be able to sidestep this regulation and operate its ILC independently, as a direct subsidiary of its parent company Square, Inc.

As this specialized charter gives “Square Financial Services” a license to start a full-service bank enabling it to accept deposits, make loans, and conduct other activities usually reserved for banks, it can help Square dramatically ramp up its lending activities. Currently, Square lends through its partners, such as Celtic Bank (an ILC). With the ILC license, Square will be able to originate commercial loans to their payments customers themselves, avoiding the involvement of other entities (such as Celtic Bank).

In late 2017, Square applied for permission to operate an industrial loan company (ILC). Later this application was withdrawn, citing ’technical reasons.’ In December 2018, Square again filed for the banking (ILC) license and later got approval from the Utah Department of Financial Institutions. However, it was in a ’not active’ state, and FDIC approval was required to start the banking operations.

This Development Has Unsettled the Smaller Banking Community

This development has sent some of the smaller banking players and credit unions into a tizzy as they find it a risk to the current status quo of the financial services system. Rebeca Romero Rainey, President & CEO of Independent Community Bankers of America (ICBA), stated the FDIC’s proposed rule on ILCs. She said, “ICBA is extremely concerned about the FDIC proposed rulemaking on the parent companies of industrial loan companies and its approval of ILC deposit insurance applications from Square Financial Services Inc. and Nelnet Bank. The ILC loophole in the Bank Holding Company Act allows commercial interests to own full-service banks, avoid consolidated supervision, and threaten the financial system. Conditions imposed by the FDIC, whether in the approvals or the proposed rule, are insufficient to alleviate these concerns.”

From the regulatory standpoint, this is a significant change and an indication of the fact that regulators are ready to ease the hardline stand on the new players in the banking system. It is vital to note that the last ILC approval from FDIC was in 2008. This moratorium on new ILC charters can be partly attributed to the financial crisis and years of public and political backlash over ILC bids by large retailers, including Walmart, in 2005 and Home Depot in 2006. Now, Square and Nelnet have both received federal approval to start their industrial banks. This development not only highlights the FDIC’s attempt to overhaul the bank chartering process but also highlights the optimism that these entities can succeed in their banking ventures, given their prior experience in the financial services space.

Nelnet, which also received the FDIC’s ILC charter approval, is a student loan servicer dealing with the administration & repayment of student loans as well as education financial services. With the industrial bank charter, it can now originate its own educational loans along with other consumer loans.

Tim Tewes, President of Nelnet, said, “This is an important milestone and brings us a step closer to launching Nelnet Bank and being able to combine our experience in education and lending to help students and families make informed education funding decisions. With a chartered bank, we will have a better opportunity to bring new borrower-focused solutions to market that leverage our superior customer experience, tuition payment plans, and education lending and servicing.”

What does it mean for FinTech?

Obviously, this is a big deal. Although FinTech has cracked the US banking industry with startups such as Varo getting the FDIC’s approval to become a national bank with the ability to hold customer deposits, payments company Square’s approval from the FDIC is for a slightly different banking license – it’s called the special industrial loan company license, or ILC. This license allows innovative financial services business models, such as Square and Nelnet, to accept government-insured deposits, a coveted feature in the banking space. As mentioned earlier, the clearer set of rules to set up and the bank may show a new path for other FinTech companies to attempt operating full-service banks if they are interested.

Square is a commerce ecosystem that successfully combines software and hardware and enables merchants to turn mobile and computing devices into point‐of‐sale solutions. This broad spectrum of capabilities has done well for Square. Consider this: Square, Inc.’s current market cap is $17.19 billion (declined from $34.31 billion on March 3, 2020); it has over 2 million merchants.

Not many people know about this growing business line of Square. For eligible Square sellers, Square Capital offers exclusive access to business loans to grow their business. In its unique flow-based lending model, Square offers the capital for a flat fee pre-determined by a multiplier called factor fee, following which percentage of each payment will go toward repaying the loan and fixed fee. As per Square’s latest annual reports, since its public launch in May 2014, Square Capital has facilitated nearly 1 million loans and advances, representing over $6.3 billion.

Deposits are the best form of capital a lender can wish for; hence we can expect Square to attract its seller customer base to remain within the Square ecosystem and deposit their money with Square, pay through Square, and whenever needed, take the cash flow-based loans through Square.