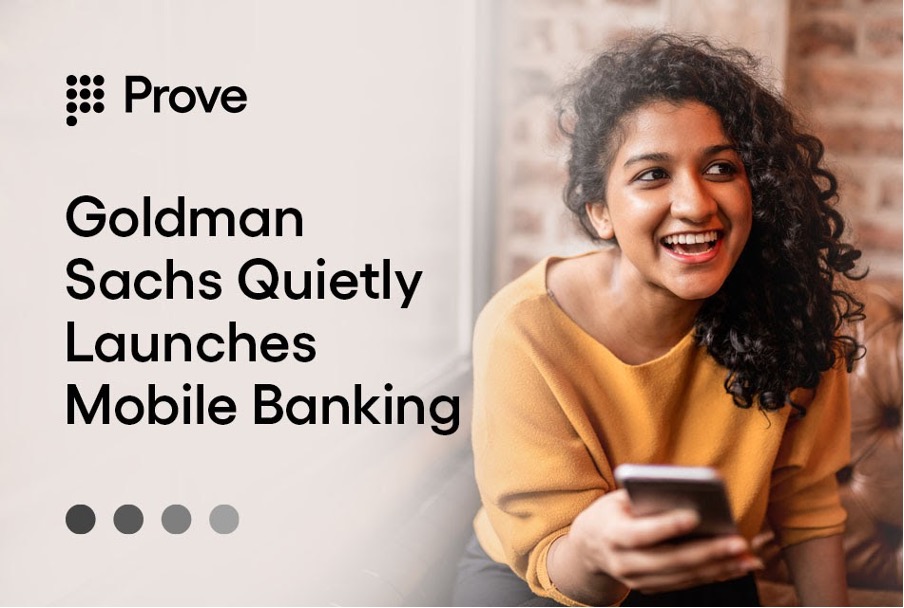 We seem to check our mobile banking apps at least once a day. It’s like having a bank branch in your pocket. We love being able to access my accounts anytime and anywhere. To us, it was shocking to hear that Goldman Sachs, a 150-year-old institution, JUST now released a mobile app.

Obviously, there’s still a need for mobile banking apps, even now in 2020. As incumbent companies continue to maneuver the demands of consumers, many of them are betting on a tech/mobile-forward approach to help retain satisfied users. Goldman Sachs launched Marcus back in 2016 to diversify its revenue and funding sources by offering savings accounts and personal loans to retail customers. According to an article by thepaypers.com, “Goldman Sachs officials have declared that one of the most common customer requests has been for the bank to launch an app, and software engineers and developers spent the better part of 2019 creating one. Software engineers and developers who worked on Clarity Money, a personal finance startup Goldman bought in 2018, were tasked with developing the Marcus app.”

The app is an important and strategic move for Goldman Sachs as they push their digital initiative forward. As reported by CNBC, “Perhaps more than at any time in decades, bank customers are up for grabs as consumer preferences evolve, driven by slick apps from tech firms like Uber. And unlike tech giants like Google and fintech competitors like Chime, Goldman doesn’t have to partner with a bank to offer services – it became a bank holding company in 2008.” An app is fundamental to most digital banks’ offerings, so it’s interesting to note that it took Goldman Sachs three years to launch something finally.

The app launched with very little hype and flew somewhat under the radar. This was a stark contrast to their last retail product launch: the Apple Card. The app is also only available for the iPhone, with a version for Android in production. We took a closer look at the reviews in the app store, and the majority were positive. While the sample size is under 200, most users seemed satisfied with the app’s clean and simple design (and the fact that they don’t need to use a computer anymore to log in to their Marcus account). There are still a few kinks with the Touch ID/Face ID. Many users complained that they had to re-enter their email and password every time they logged in, even with the feature enabled.

We’ll have to wait and see if Goldman Sachs is a bit late to the party.