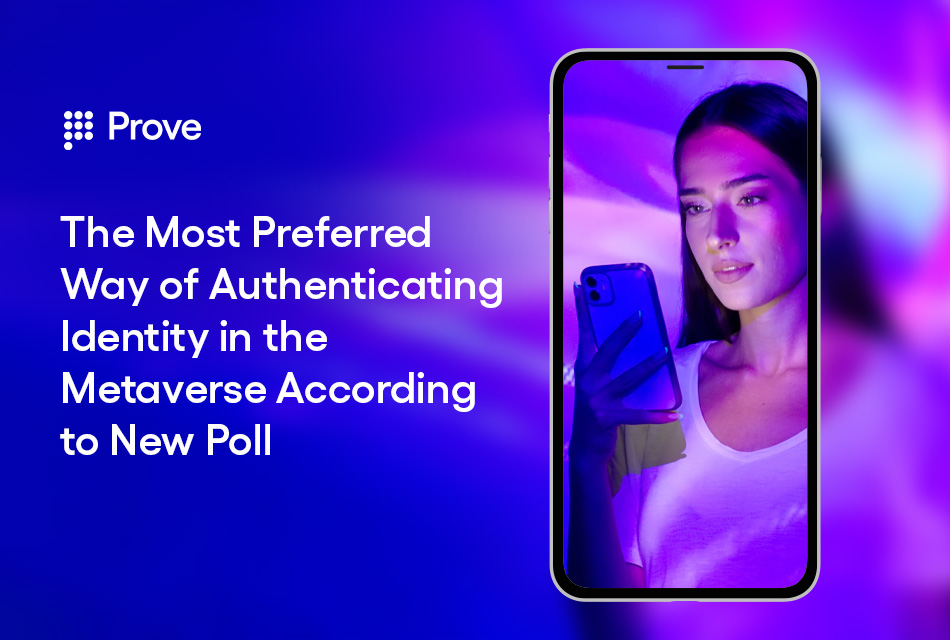 There has been a lot of discussion about how people would be able to prove their identities in the metaverse, and the options range from biometrics to mobile identity to possibly even falling back to passwords (ugh). Now new data suggests that one method of identity authentication is preferred over others. According to Prove’s 2022 Passwords & Authentication Consumer Trends Report, which highlights data from a random double-opt-in survey of 2,000 general population Americans commissioned by Prove and conducted by market research company OnePoll in April 2022, the most preferred way of authenticating identity in the metaverse is through mobile phone signals. The data shows that 38% of respondents said phone signals were their preferred method of authenticating their identities in the metaverse vs. 30% for passwords, 13% for SMS text codes, and 9% for biometric authentication.

Let’s back up for a sec. What is the metaverse?

The metaverse was first coined by Neal Stephenson in the sci-fi novel Snow Crash as “a virtual shared space that incorporates virtual reality, augmented reality, and the internet.” Given what we know so far about the development of the real-life metaverse, Stephenson’s fictional description appears prophetic at times:

“Users of the metaverse gain access to it through personal terminals that project a high-quality virtual reality display onto goggles worn by the user, or from low-quality public terminals in booths (with the penalty of presenting a grainy black-and-white appearance). Stephenson also describes a subculture of people choosing to remain continuously connected to the metaverse by wearing portable terminals, goggles, and other equipment; they are nicknamed "gargoyles" due to their grotesque appearance. The users of the metaverse experience it from a first-person perspective. Within the metaverse, individual users appear as avatars of any form, with the sole restriction of height, "to prevent people from walking around a mile high.”

Today, the tech industry has taken Stephenson’s vision for the metaverse and run with it. While most companies are still developing their own metaverses and are keeping the details under close wrap, a broad outline of what the metaverse will look like in the near future is beginning to appear. Here’s Mark Zuckerberg’s vision, in his own words:

“You can think about it [the metaverse] as an embodied internet, where instead of just viewing the content—you are in it. And you feel present with other people as if you were in other places... but the metaverse isn’t just virtual reality. It’s going to be accessible across all of our different computing platforms; VR and AR, but also PC, and also mobile devices, and game consoles.”

What role will VR play in the metaverse?

In the early days, VR and the metaverse were almost always spoken about in the same breath. Today, however, that’s beginning to change. Notice in the quote above how Zuckerberg purposely deemphasizes the metaverse’s reliance on virtual reality. In fact, while much of the early discourse surrounding the metaverse has focused on the development of VR headsets, there’s a growing consensus that the metaverse might not even require the purchase of new hardware initially. Here’s one expert’s take:

“The metaverse will not be limited to virtual reality. Instead, it will be accessible both by augmented reality devices and any device you already use to connect to the internet. This opens the door to various features not possible with virtual reality alone. For example, augmented reality will allow aspects of the metaverse to be projected into the real world. Virtual spaces will also be designed so that they can be accessed anywhere, no headset required.”

Although how the metaverse will provide an “embodied experience” on a mobile phone (as opposed to a VR set with state-of-the-art audio and visual technology) remains to be seen, the device-agnostic approach to the metaverse outlined by Zuckerberg will make it easier for more people to dip their toes into the metaverse before purchasing expensive headsets.

What are the significant challenges facing the metaverse?

After the technology is finalized, tech companies will face what may be an even larger challenge: changing the public’s perception of the metaverse to achieve widespread adoption.

Today, according to a Morning Consult consumer survey, only 36% of consumers are even interested in the metaverse. To make matters worse, 2 in 5 consumers reported having “heard nothing at all” about the metaverse. Given just how much money companies are investing in this new iteration of the internet, the lack of enthusiasm and awareness on the part of the consumer suggests that the current messaging on the part of Meta and other tech leaders might not be resonating.

One possible reason for the disconnect? A “more embodied, all-consuming internet”  doesn’t sound appealing to a lot of consumers given the current state of the internet. Today, surfing the web often means running into paywall after paywall, undergoing endless verification events, and exposing yourself to potential fraud.

In order to persuade hesitant consumers to overcome their skepticism and jump into a more immersive and embodied internet experience, the tech giants will have to achieve a goal that has eluded them for decades– leverage an effective identity-proofing technology that both prevents fraud and improves the user experience.

Improving authentication in the metaverse

While technologists continue to debate over the importance of VR headsets in the adoption of the metaverse, the importance of the mobile phone as a cryptographic source of truth is becoming increasingly clear.

The encryption keys found on SIM cards will continue to be the gold standard when it comes to preventing fraud. Unlike passwords that are easily forgotten or stolen via data breaches or OTPs (one-time passcodes) that can be intercepted via fraudulent SIM swaps, Prove’s cryptographic authentication technology makes fraud unscalable by leveraging our unique 3-step process called PRO. 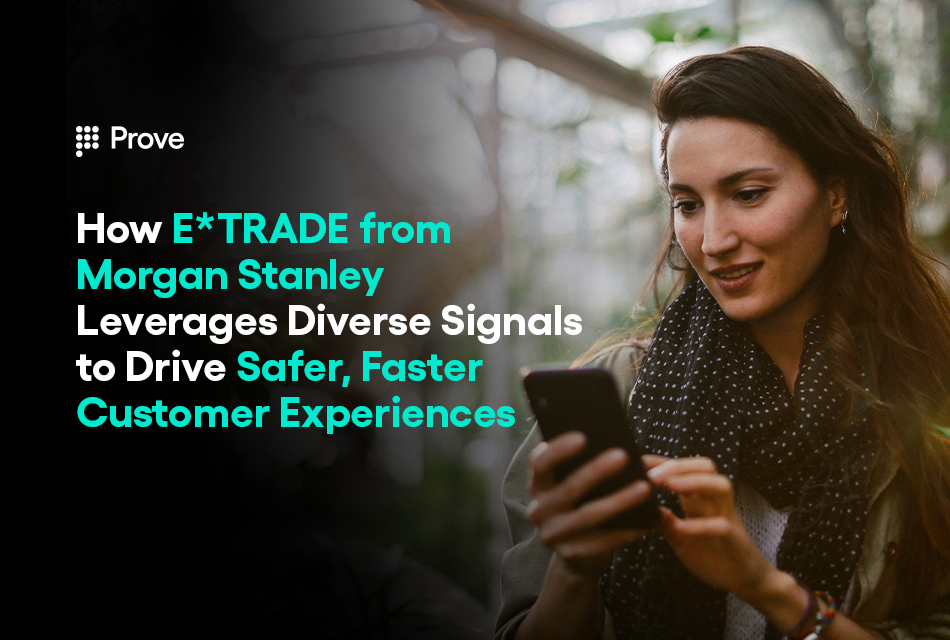 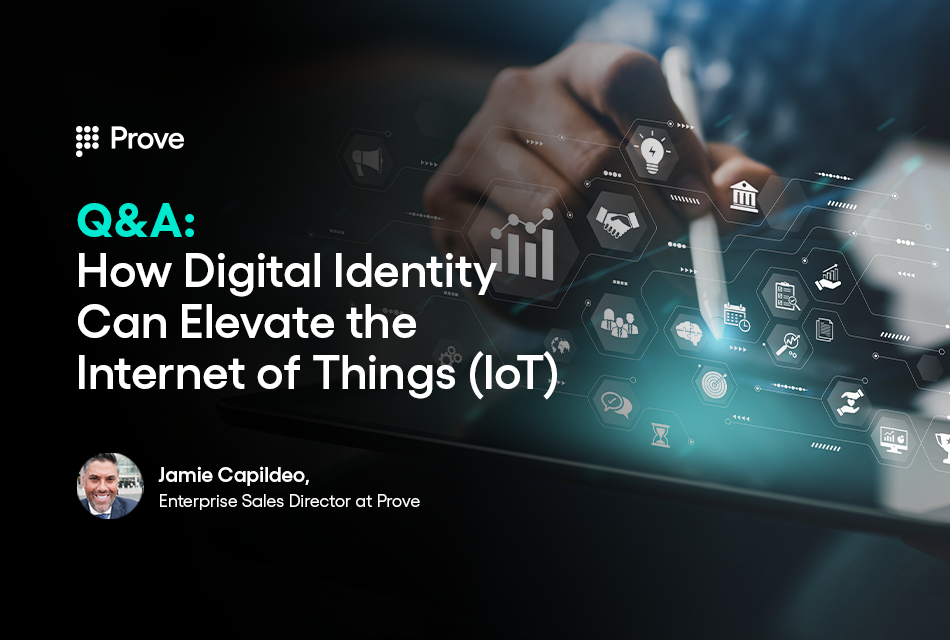 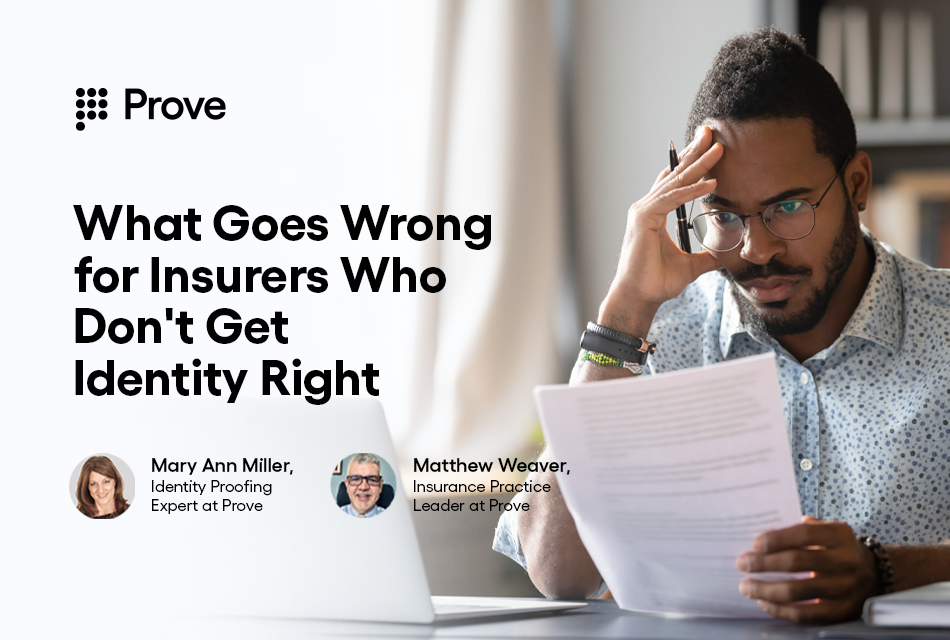