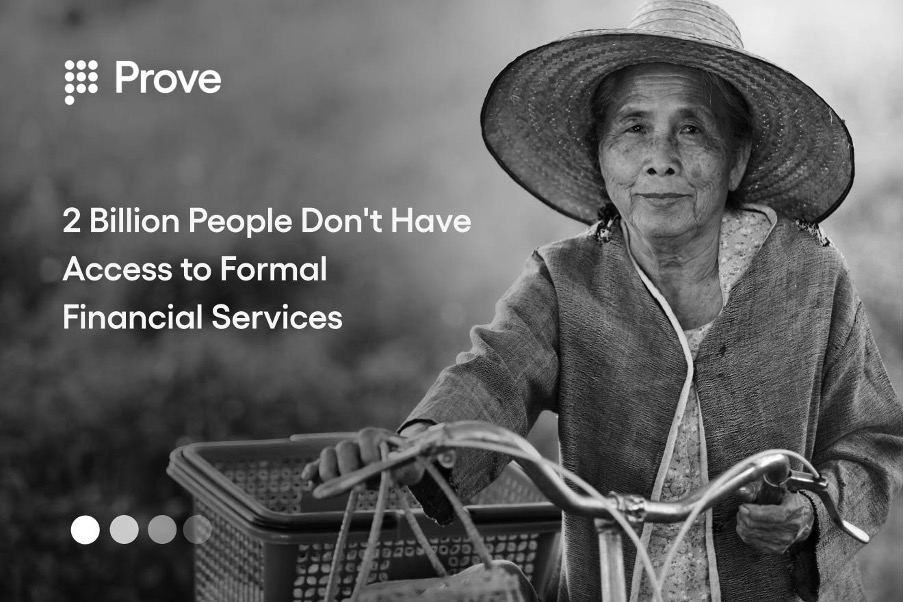 One of the best things about 2015 as we look forward to the rest of 2016, is that these days FinTech has reached the capability to serve not only the need of the most powerful ones but also to make the world a better place to live for those deprived of advanced financial opportunities.

Life in a developed country may differ (for most people) from the obstacles certain regions face regarding financial services. Having three credit cards is expected in one place, while not having a bank account is typical in another. According to the World Bank, around 2 billion working-age adults globally (38%!) do not use formal financial services. FinTech could be a solution for those 2 billion to build a better life. Another number provided by the World Bank is even more horrifying – 73% of the world’s population is unbanked.

While it is hard for a first-world millennial to imagine not paying bills or rent online or not having money in a savings account, there is a massive portion of the world’s population that doesn’t even have that opportunity.

It's not just individuals; there are regions where businesses (as paradoxical as it sounds) are financially "excluded." More than 200 million formal and informal micro, small and medium enterprises (MSMEs) in developing economies are either unserved or underserved in terms of their financing needs.

Even though 2 billion seems quite dramatic, there is a positive trend in formal financial inclusion. According to data provided by the World Bank, between 2011 and 2014, 700 million people became account holders at banks, other financial institutions, or mobile money services providers, decreasing the number of financially excluded individuals by 20%, from 2.5 billion to 2 billion adults. However, that still leaves 38% of adults without access to financial services.

Access to financial services is a crucial element of everyday life as it creates a sustainable existence, the opportunity to have savings for a rainy day, and emergencies. Excellent results have been achieved when financial institutions served families.

Data proves that financial inclusion significantly improves human life in different ways. An example could be Niger in Africa, where households with a basic savings account or mobile money have been shown to eat a more diverse diet and better plan for their food expenses.

Another example is Kenya, where M-Pesa mobile money services made it easier for households to face financial and other shocks. However, Non-M-Pesa users' household consumption fell by 7-10% during hardships, as reported by the World Bank.

When banks in Mexico expanded access by opening terminals in retail stores, the average income in those population centers rose by 7%, while employment grew by 1.4%.

All FinTech players simplifying life for those in need are the ones that are changing the world; Norris Koppel, RemitRadar, and Monese are among those companies.

Monese is a digital banking service that lets users open a UK banking account on their mobile in minutes regardless of their citizenship. The service launched last September following a three-month closed beta. Monese is a UK-based startup that targets immigrants who have difficulty opening a UK bank account as foreigners.

The mobile banking service established by Estonian Norris Koppel lets users open a current account and get a Visa debit card in just three minutes with a snapshot of the passport and a selfie. Monese said that its international money transfers are up to 10 times cheaper than high street banks and are charged at the mid-market rate plus 0.5%.

Another example we recently witnessed was related to blockchain. Stellar, the Stripe-backed open-source payment network, and Oradian, a cloud-based software provider for microfinance institutions in developing countries, have partnered to bring instant money transfers to Nigeria.

The new payment-transfer network inside Oradian is built on Stellar’s platform and will allow 300,000 Nigerians (90% of them women) to transfer money between microfinance institutions over the Stellar network cheaply. However, it’s not smooth yet; users will still need to visit their MFI branches to send and receive the funds. For convenience, Nigerians will have 200 branches operating across the country, mainly in rural areas.

The coalition will focus efforts on 25 countries (predominantly African), where 73% of all financially excluded people live. India and China have the largest share of unbanked people. Together, they account for some 32% of them. The rest of the top-priority countries include Bangladesh, Brazil, Colombia, Cote d'Ivoire, DRC, Egypt, Ethiopia, Indonesia, Kenya, Mexico, Morocco, Mozambique, Myanmar, Nigeria, Pakistan, Peru, the Philippines, Rwanda, South Africa, Vietnam, Tanzania, Turkey, and Zambia.