The ‘Socialization’ of Financial Services 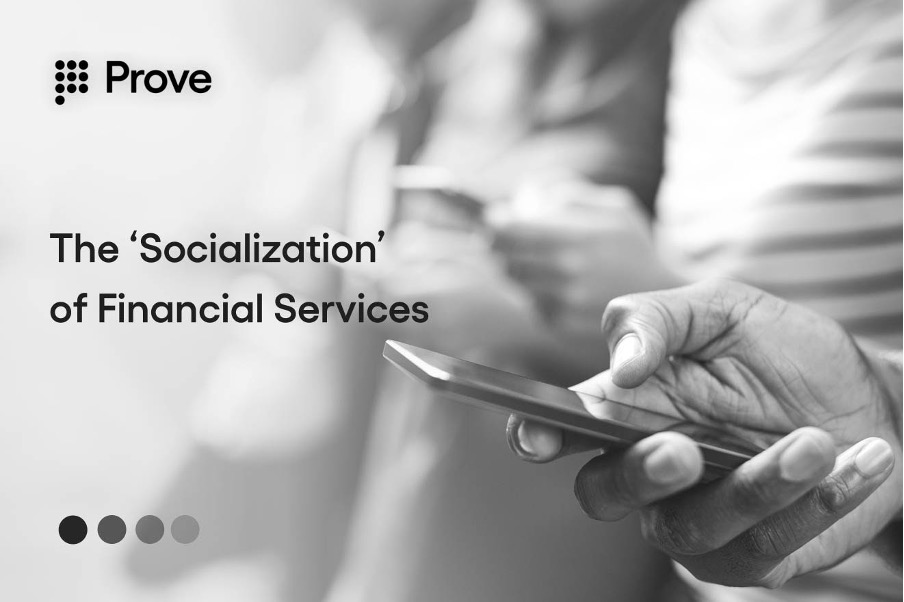 Peer networks play an essential role in delivering financial services nowadays, bringing social into traditionally corporate-dominated industries. Financial technology startups played a critical role in appropriating social communication and connectivity, building business models based purely on leveraging social connectivity. As a result, the element of social soaked into such segments as payments, lending, commerce, and even the insurance industry.

In payments, one of the early examples of a technology company that understood how to connect social with financial elements was Venmo with its feed of repayments of friends to one another for certain gatherings and other social activities. The idea of communicating one’s financial activities to the whole personal network would have seemed wild to the traditional sector – the privacy of finances is sacred. However, the bet was placed on a young, tech-savvy generation – millennials, who did appreciate the concept then and still do. Founded eight years ago, the mobile payment service owned by PayPal understood the role of socialization in one’s life and found a perfect balance between a superior solution and its social value.

Since Venmo, the P2P payments segment has grown tremendously (Zelle, PayKey, Square Cash, and many more). However, the social element wasn't particularly utilized in other ways rather than the ability to send funds to one another (with the exception of Gane App and a few more, maybe, which allows sharing offers aside from payments).

Tech startups in other segments have gone much further – their revenue-making engine is wholly dependent on peer networks in some FinTech segments. For example, P2P lending (Zopa, RateSetter, Funding Circle, etc.) leverages technology to connect individuals with savings who wish to put their funds to work with potential borrowers. P2P lending does not entirely correspond with the title and initial concept (since it’s mostly institutional funds fueling the loans). Nonetheless, that does not cancel because the segment emerged out of the financial value recognized in social connectivity.

P2P insurance is another case of a disruptive business model based entirely on leveraging the power of social networks (PeerCover, Friendsurance, Gather, Jointly, Lemonade, TongJuBao, etc.). Peer networks and hyperconnectivity might even be one of the most powerful transformative forces in the insurance industry, which has traditionally been very ‘corporate.’ In 2015 alone, InsurTech startups raised $2.5 billion in capital globally.

“It’s a throwback to the concept of burial societies, which can be found in ancient Greece,” shared Robert Hartwig, Chief Economist and President at the Insurance Information Institute (III). “People then got together and pooled their resources to pay for each person’s burial. In the 19th and 20th centuries, this idea of sharing costs was applied to farmers, firefighters, and loggers  – hence the insurance companies containing those names. To call your company the ‘first peer-to-peer insurer’ is off by several centuries.”

Russ Banham, a Pulitzer-nominated business journalist, described the concept well by saying that P2P companies are marrying this shared insurance concept with another risk transfer strategy: captive insurance companies owned by corporations. Captives are a way for their owners to internally fund the first layers of financial loss instead of transferring these risks to an insurer. Above these layers, the companies buy excess insurance or reinsurance.

The ‘socialization’ frenzy has also largely affected the retail industry. Social media channels have become powerful gatekeepers in facilitating commerce. Instagram, Facebook, Pinterest – every massive channel has integrated a shopping capability, not to mention the power of referrals. Facebook can be considered a mammoth of social commerce – the platform accounts for 50% of total social referrals and 64% of total social revenue. Pinterest is placed second as a social commerce player despite a relatively small user base – the platform is estimated to drive 16% of social revenue despite having an audience 6.5 times smaller than Twitter.

Not only does social have a tremendous impact on business models across industries, but it also plays an increasingly important role in driving insights into one’s personality. Peer networks, likes, and participation in groups represent a source of knowledge on one’s hallmarks, interests, potential purchasing behavior – which technology startups are now able to translate into creditworthiness assessment (use of alternative data in risk assessment, social element in the concept of unified identity).

Social media channels went a long way since their inception – turning from news feeds and chats into all-in-one platforms, tightly gripping onto users’ everyday activities. Multipurpose channels eliminate the need for five different apps when they can perform all five functions in one place. Essentially, Messenger, WhatsApp, Twitter, WeChat, and others eliminated the need for using any other app, creating a streamlined wholesome experience within one platform. And financial institutions should see it as an opportunity to become a part of the deal, given the increasing importance of those channels in users’ everyday life.