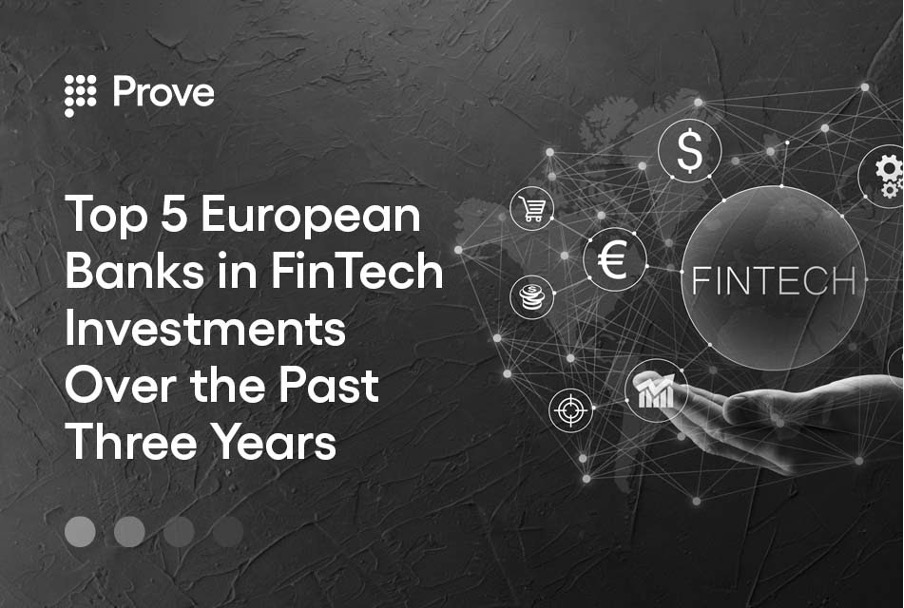 We recently started a series of articles to analyze the top banks actively investing in FinTech through PE/VC investments. A bank’s investment strategy can be understood by determining where the bank is investing, its target sectors, and the type of funding series it’s investing in. This article will analyze the top five European banks that have been investing significantly in FinTech startups since 2018.

Europe has one of the most robust FinTech ecosystems. Banks have been reinventing themselves by incorporating new technologies to serve their customers better. As a result, finTech startups in the region have received $27.8 billion in investments since 2018. In 2020, startups received a total of $9.95 billion through 774 deals, while in 2019 and 2018, they received $10.07 billion and $5.22 billion through 647 and 430 deals, respectively. According to our analysis, the top banks that have been actively investing are Barclays, BBVA, Santander, ABN AMRO, and ING. We will analyze the investments made by these banks to determine the segments they are interested in, the countries the FinTechs are based out of, and the type of investment series.

Most of Barclays’ investments—45 FinTech deals—were made in the US. Although Barclays has invested across FinTech segments over the past three years, it closed 21 deals in the WealthTech ecosystem. The bank has invested in notable WealthTech companies such as Gatsby, Youtility, HUBX, and Spark Change.

In 2014, Santander launched Santander Innoventures (SIV), its investment arm, and set up an initial FinTech venture fund of $100 million. The bank doubled its funding amount to $200 million two years later. In September 2020, the bank announced to spin out SIV, and it rebranded SIV as Mouro Capital. In addition, the bank doubled the allocation of funds from $200 million to $400 million. Since then, the fund has invested in 36 startups in Europe and the Americas.

Santander placed second in the list of European banks leading the FinTech funding charts for the past three years. Since 2018, the bank has made 32 investments, including 6 follow-up rounds. It has invested in 26 FinTech companies directly and through Mouro Capital, its partner. The bank has primarily invested in startups that have established themselves in the market and are looking to expand the post-Seed funding round. Investments made by the bank have declined significantly from 19 deals in 2019 to 9 deals in 2020, mainly due to the COVID-19 pandemic.

Santander made the most number of investments in the US and the UK. It has made significant investments in Tradeshift, Creditas, and Fnality International.

BBVA launched a $100 million FinTech venture fund in 2013. It failed to invest and also closed its investment arm, BBVA Ventures, in 2016. The bank formed Propel Venture Partners, an independent FinTech venture capital firm, to invest in FinTechs. The firm invests and manages the funds of BBVA. It has invested in more than 40 companies in five countries, including the US, India, and Brazil. Recently, BBVA announced additional capital support of $150 million to Propel Venture Partners, bringing the overall funding to $400 million.

Since 2018, the bank has closed 28 FinTech deals, including 8 follow-up rounds and investments in 20 FinTech companies directly and through its partner firm, Propel Venture Partners. It has invested in both early- and growth-stage companies. In 2020, the investments made by the bank declined marginally due to COVID-19.

The bank has mainly invested in WealthTech (9), followed by Neobanks/Digital Banks (5), BankingTech (3), Big Data Analytics (3), Lending (3), InsurTech (1), Loyalty/Rewards/Coupons (1), Payments (1), and Others (2). US firms received the highest investments, followed by firms in the UK, Brazil, Germany, Mexico, and India, and several other European countries. BBVA has invested in prominent companies such as Neon, Atom Bank, Hippo Insurance, Guideline, and Solarisbank.

Since 2018, the bank has made 19 investments, including 6 follow-up rounds in 13 FinTech companies directly and through ABN AMRO Ventures, its investment arm. The bank has invested in Series A and growth-stage companies. The bank made the highest investments in 2020 compared to previous years. It added 6 new companies to its portfolio in the same year, with 4 follow-up investments.

The bank has made major investments in RegTech (6), followed by BankingTech (5), Lending (3), Neobanks/Digital Banks (2), Big Data Analytics (1), Crowdfunding Platforms (1), and WealthTech (1). US firms received the most investments, followed by firms in the UK, Germany, and several other European companies. ABN AMRO has invested in notable companies such as Tink, Trifacta, Fenergo, Privitar, and Solarisbank.

European bank ING set up the largest FinTech fund of EUR 300 million to support and invest in FinTech startups in 2017. Investments made by the bank have significantly declined from 7 deals in 2018 to 4 deals in 2020.

Since 2018, the bank has made 18 investments, including 3 follow-up rounds in 15 FinTech companies directly and through ING Ventures, its investment arm. The bank has invested in Series A and growth-stage companies.

The bank has mainly invested in companies operating in the Lending (5) and Artificial Intelligence (4) segments, followed by Blockchain (2) and other segments, including B2B FinTech (1), Trade Finance (1), WealthTech (1), Remittances (1), InsurTech (1), RegTech (1), and Capital Market Tech (1). UK firms received most of the investments, followed by US and other European companies. ING has invested in prominent companies such as Fnality International, Clark, Transfermate, and Fintonic.

Next week, we’ll cover Asia and highlight the leading banks active in PE/VC funding in the FinTech segment.